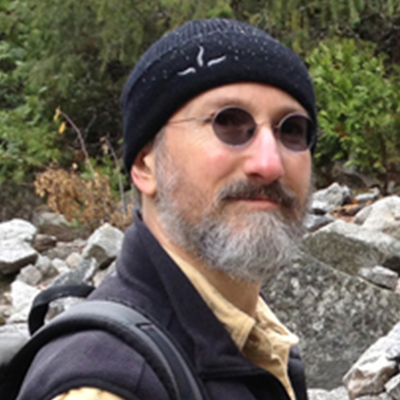 William Stefanov grew up in semi-rural Massachusetts, and as a kid loved to collect rocks from streambeds. Then, like many kids, he became obsessed with dinosaurs.

“I can recall receiving a package from my Uncle Tony who lived in California – it was a box full of trilobite fossils he had collected himself. He was also an engineer who had done some work related to the Apollo Program, and I remember wanting to be like him when I grew up,” said Stefanov.

Early on in college, Stefanov did pursue an engineering degree like his uncle, but then he decided that electrical engineering wasn’t really for him, and he switched majors to geology. He was finishing up his undergraduate degree in environmental science with a geology concentration at UMass-Lowell in 1988, and was thinking about graduate schools when fortune smiled on him.

“One day, I walked into the department lounge, which had a large table in the center in the room. On this table, and in the middle of it with nothing else around it, was a brochure from the ASU geology department that featured a picture of Meteor Crater on the cover,” he said. “I picked it up – and I had never heard of ASU up to that point, not to mention the geology department – and had the oddest feeling that this was where I was going to go to grad school.”

Reading the brochure and learning that there were strengths in both volcanology and planetary geology was the icing on the cake. When he received the acceptance letter, it felt only right to say yes.

After finishing his undergraduate degree in 1988, he worked for a year as an optical mineralogist at an environmental firm (HYGEIA, Inc.); then he moved to AZ and did his MS work at ASU from 1989-1992. His MS was done under John Holloway (advisor) and Jon Fink primarily, as it investigated the physicochemical properties of high-K latite magmas and lavas by looking at the distribution of lower crustal and mantle xenoliths in the erupted lava flows.

In 1991, RA funding was running out so he needed to get a job, which turned out to be a staff geologist position at Foree & Vann, Inc. in Phoenix. His time there was instructive in learning applied geotechnical and environmental geology/groundwater work – subjects not taught in the ASU Geology Department at the time – as well as sparking the interest in remote sensing that would later define his career.

The notion of getting a PhD came about while he was doing geological and environmental assessments of sites for development/redevelopment, and he recognized that remotely sensed data could be a big help in doing that job.

“I had kept in contact with the geology department faculty, and learned that Phil Christensen was looking for a student to do some terrestrial remote sensing work for the City of Scottsdale. Steve Reynolds had also just been hired on as faculty, and together the three of us developed my project using thermal infrared airborne remote sensing and laboratory IR spectroscopy to investigate hillslope geomorphology and soil development processes in the McDowell Mountains,” said Stefanov.

In 2000, Stefanov became the first PhD in the family, and then became the lead remote sensing scientist for the CAP LTER project at ASU until 2004.

“One of the best things about the ASU geology department then, and I believe this is true of SESE today, was that the faculty I worked with were willing to let me determine my own research path rather than giving me a defined project to work on. Essentially, ASU allowed me to develop into an interdisciplinary scientist before that became an established career path/buzzword.”

In 2004, a contractor scientist position opened up in the Crew Earth Observations (CEO) group at NASA Johnson Space Center in Houston, TX. The opportunity to work with the International Space Station, and train astronauts in Earth science was too interesting to let pass by.

His wife, whom he had met in the ASU Geology department and had just finished her PhD in Geosciences, was also able to get employment as a postdoc at Johnson Space Center – so with the two-body problem solved they moved to Houston.

Stefanov worked with the CEO group (as an employee of Jacobs, Inc.) for 10 years, with his responsibilities eventually growing to become the Chief Scientist for the company at JSC working with orbital debris specialists, engineering photogrammetrists, geologists, geochemists, and curation specialists.

“My career path has been a bit twisty, but I think more interesting because of that,” he said, and added, “It is important to be able to recognize opportunities for new knowledge, experience, and growth and don’t be afraid to seize those opportunities, even if they take you off the path you originally thought you were following. My career has alternated between academia, private industry, corporate industry, and now federal employment and I have gained skills and experience unique to each that together have strengthened me as a scientist, project leader, and manager.”

Through all the twists and he turns, he has still managed to hold onto something from his youth: his paleontology passion. His office at NASA features a collection of dinosaur models.