The School of Earth and Space Exploration has long been committed to supporting its students and community. In this time of unprecedented crisis, our School is dedicated to making every effort to keep everyone safe, healthy, and connected. When you give to our student emergency fund, you enable us to provide meaningful and immediate support to our students.

Donate to the School of Earth and Space Exploration Student Emergency Assistance Fund or scroll down to choose a fund or initiative listed below. 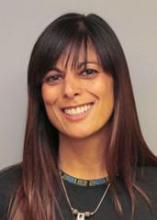 Your generous support helps us create a unique academic environment in which scientific discovery motivates the exploration of today, technological innovation enables the discoveries of tomorrow, and transdisciplinary learning prepares future generations of explorers. It is impossible to overstate the positive impacts of your generosity on the future of our students, the school, ASU, and the community.

Invest and make a difference in our community 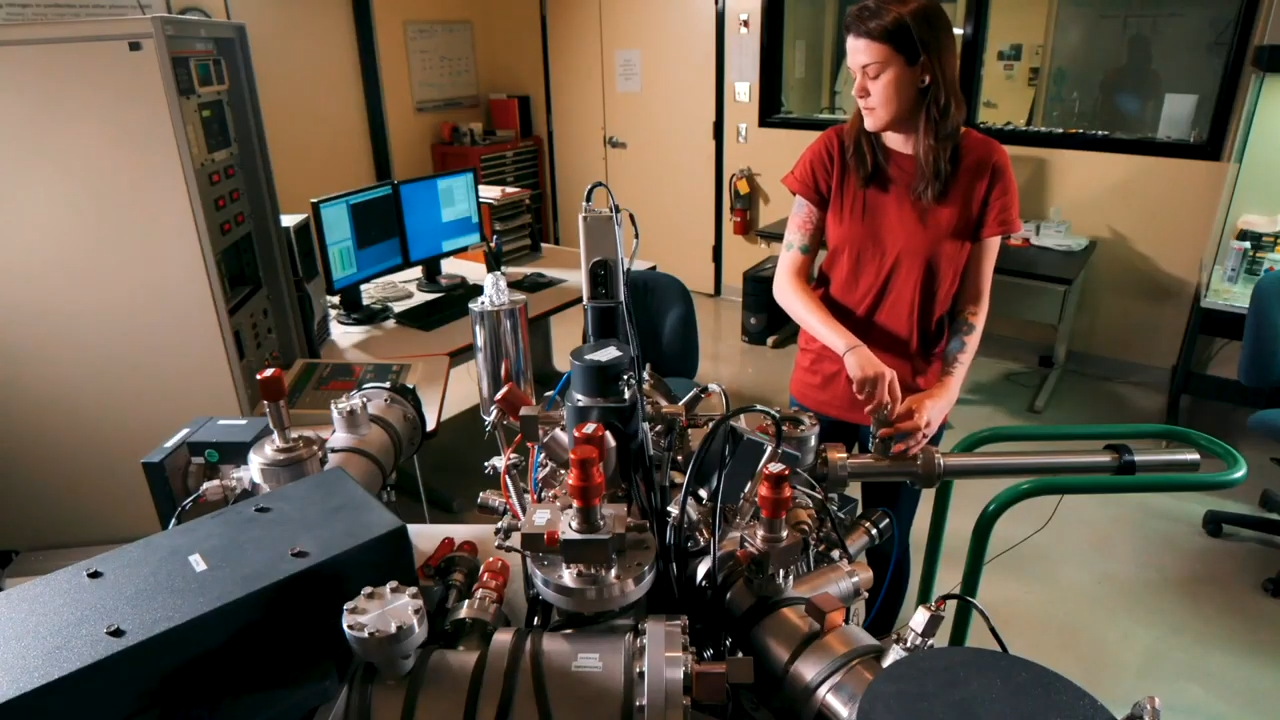 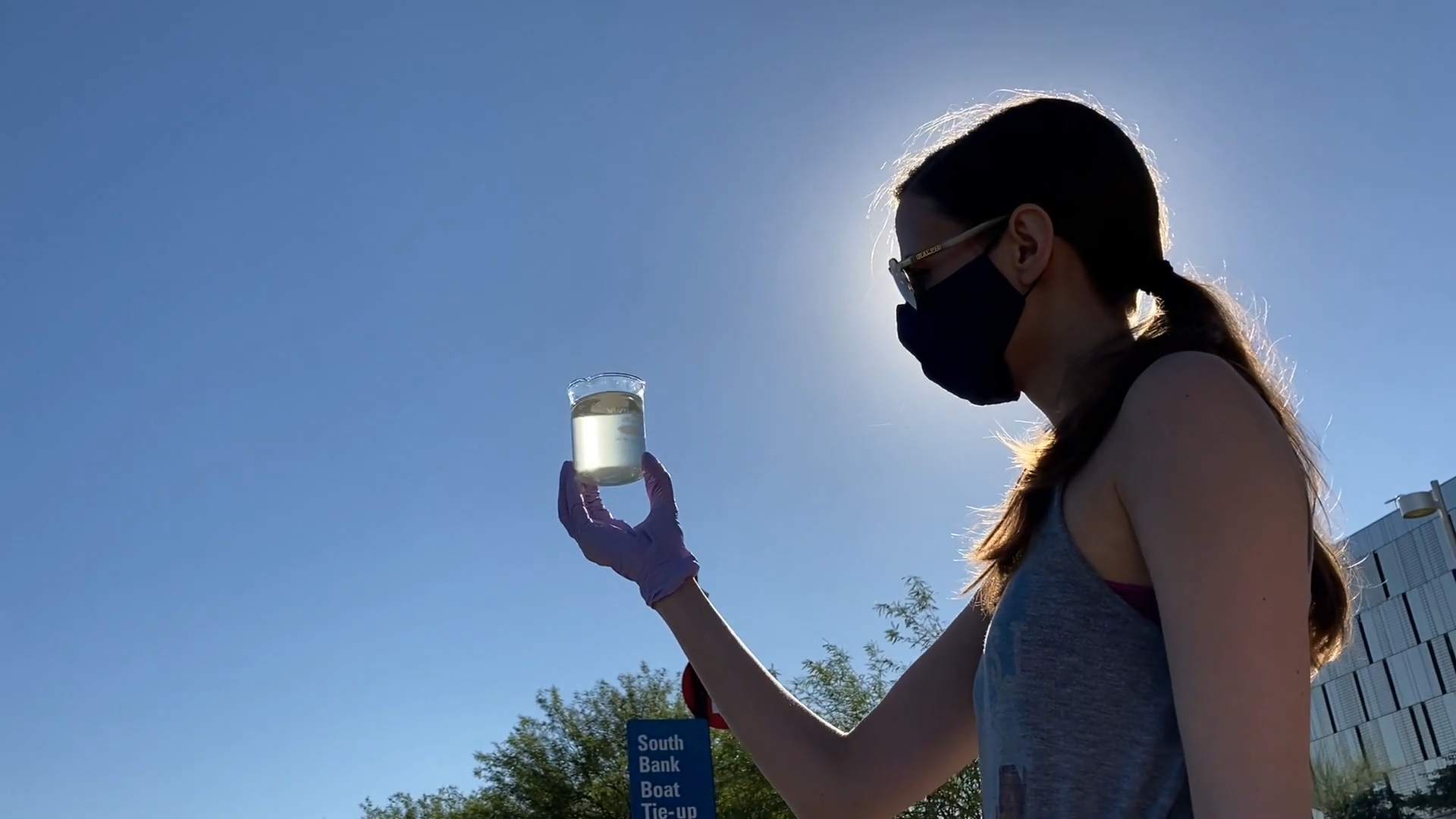 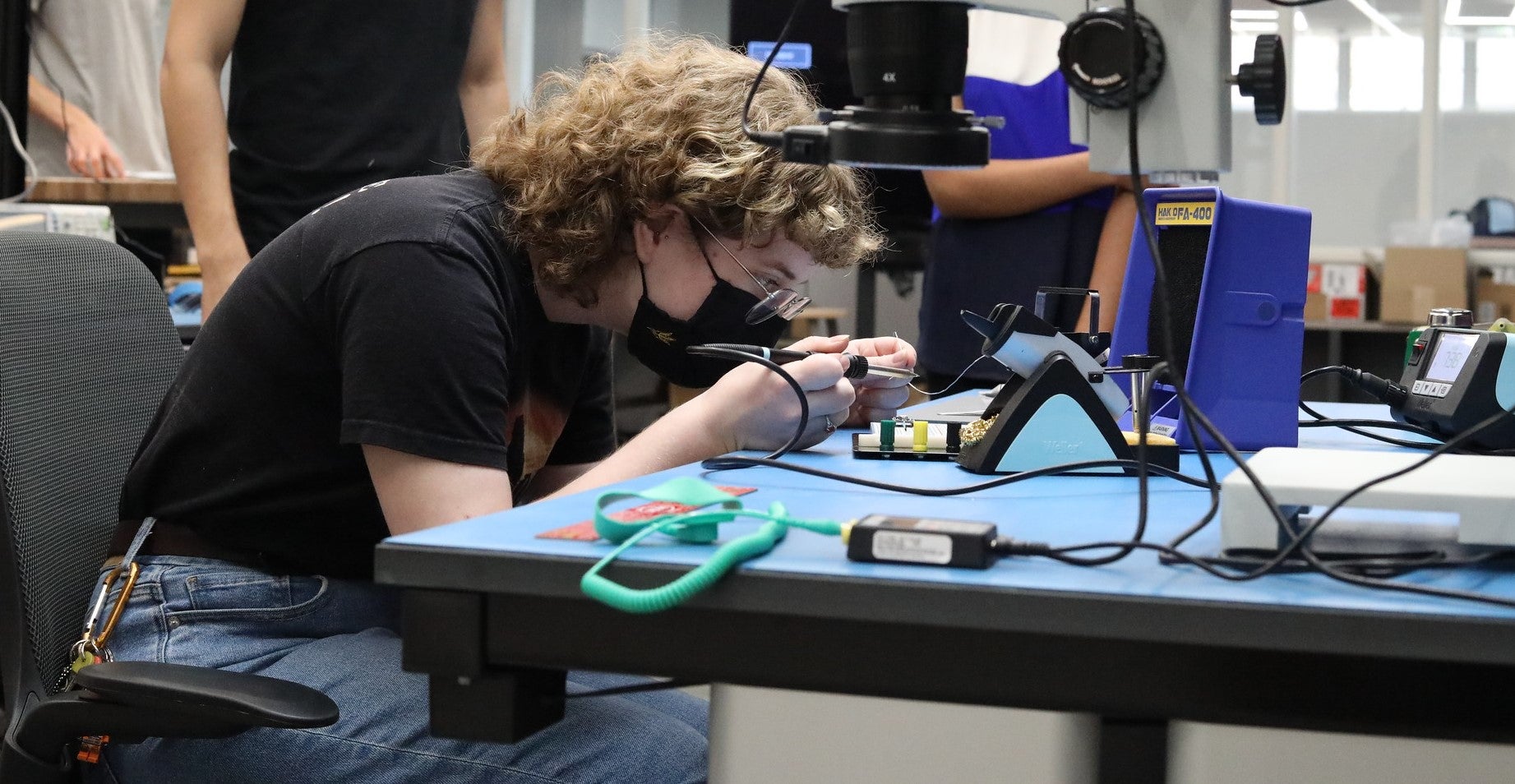 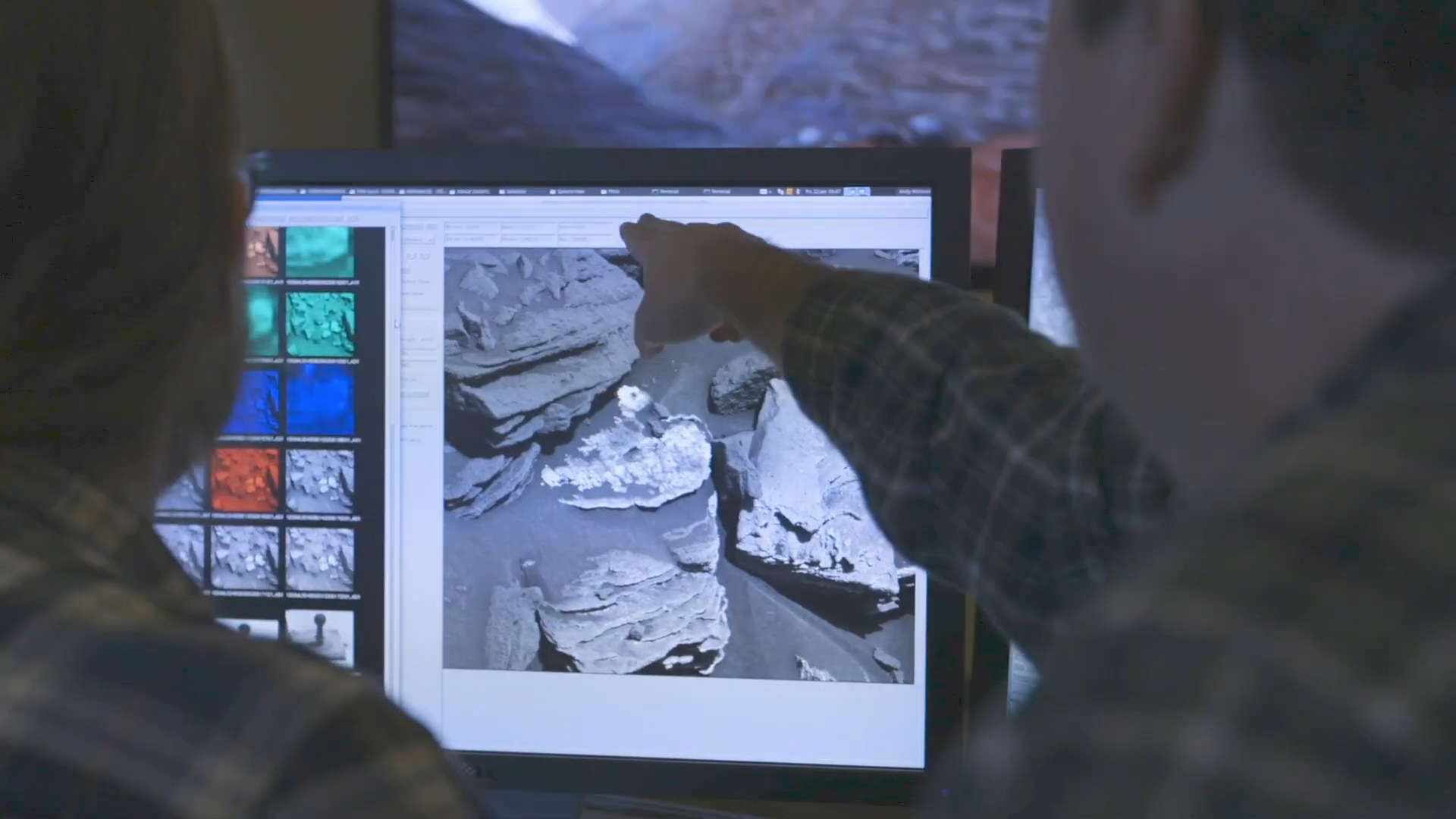 When you give to the School of Earth and Space Exploration at Arizona State University, you become a partner in the academic success of our students, the research discoveries of our faculty and the continued effort to make the world better. You’re also supporting a top-ranked research university that’s committed to finding solutions to some of our most pressing concerns. From scholarship support to funding for a specific research cause, your generosity and continued investment impact our community profoundly. Whether you’re donating a couple dollars or a large sum, your gift is greatly appreciated. Any amount makes a difference for our students, faculty, staff, research and programs. Your charitable contributions enable our school to achieve the highest standards of excellence, access and impact.

The School of Earth and Space Exploration Gift Account includes funding for priority projects like capstone courses for senior undergraduates, post-doctoral development seminars in practical business skills to enhance post-degree success, and undergraduate research opportunities for students to pursue their own original scientific research under the direction of School of Earth and Space Exploration Faculty.

The Earth and Space Scholarship Fund helps provides undergraduates with assistance for tuition, conference attendance, books, and other academic needs.

ASU Earth and Space Open House is a free public outreach service organized by graduate students from the School of Earth and Space Exploration. Each open house features public lectures, telescope viewing, and other exciting demonstrations and activities by experts in astrobiology, astronomy, the Moon, Mars, meteorites, geology, cosmology, robotics, space exploration, and more. A gift to Earth and Space Open House at ASU represents an investment in the program’s success today – and in the future.

Camp SESE, a 3-day excursion to Tonto Creek Camp near Payson, has become a well-loved school tradition. The camp provides all new School of Earth and Space Exploration majors (first-year and transfers) an introduction to ASU and the School of Earth and Space Exploration family. Camp SESE is an opportunity for students to get to know faculty and each other in a casual setting with interactive workshops, group projects and competitions, and a team-building challenge course.

The Geology Field Camp Scholarship Fund provides an experience for future geologists to apply what has been learned in the classroom and lab to real geological fieldwork. During field camp, students work in the field by day and live and work in a National Forest campground. They learn to live and work with others in a field camp environment and to work safely in remote field locations. Office tents, computers, printers, etc. are provided for analysis of data and preparation of maps, cross sections, and reporting. Students learn to investigate geology in the field through mapping rock types, interpreting origins, age relations and structural relations between those rocks.

Your gift supports the pursuit of new knowledge about the origin of our Solar System through the study of meteorites (and by analogy, extrasolar systems as well) so that we may understand the pathway to forming habitable worlds. The Center is dedicated to sharing this knowledge with students, educators and the general public by providing educational opportunities that expand awareness and understanding of the science of meteoritics and the origin of our planetary system. You can help ensure the continued success of The Center for Meteorite Studies, home to the world’s largest university-based meteorite collection. We offer several ways to help the Center fulfill its mission. Please consider making a contribution today. 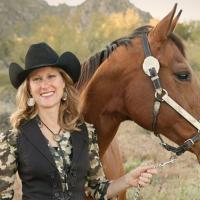 Karin Valentine was the Media Relations and Marketing Manager for the School of Earth and Space Exploration since 2015. She was a key member of our Community Outreach Group, and made incredible contributions to our school by promoting all of our achievements, and our research and educational activities. She was an incredibly talented writer and advocate for SESE; we are all familiar with the amazing stories that she wrote about the work in our school, highlighting so many members of our community. She loved her work with us, but she also lived her life to the fullest beyond our school: among the things she was most proud of was riding her horse Peaches in the Tournament of Roses Parade (five times!) and successfully hiking the Grand Canyon from Rim to Rim to Rim.

She was thoroughly dedicated and conscientious as a professional and so very kind and caring as a person. She will be so missed by all of us. 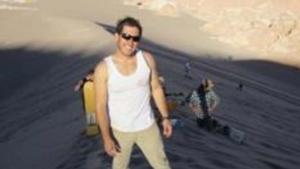 Ravi Lucas DeFilippo loved to explore new challenges, especially in the outdoors. He was awarded a full academic scholarship, the ASU President's Scholarship and was very dedicated to learning all about geology.

Ravi's family chose to honor him through the Ravi DeFilippo Geology Field Camp Scholarship Endowment, which will provide students enrolled in field camp with financial support. The DeFilippo family is grateful for the generosity of many friends and family members who have contributed to the scholarship endowment. They also appreciate the support of the ASU's School of Earth and Space Exploration, which will continue to honor "one of their brightest and most promising alumni" by awarding Ravi's scholarship to future geologists. 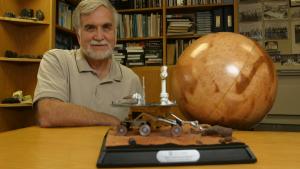 Cynthia R. Greeley established this endowment in honor of her husband, Ronald Greeley, in December 2011. Many colleagues, friends, and family members also made donations to build the endowment in his memory.

Known as an exacting professor and scientist, Ron Greeley began teaching at ASU in 1977 with a joint professorship in the Department of Geology and the Center for Meteorite Studies. He earned his B.S. and M.S. degrees in geology at Mississippi State University and his Ph.D. from the University of Missouri, Rolla. He served as department chair and later as the interim director during the establishment of the School of Earth and Space Exploration. In 1995, Ron received the highest honor bestowed upon ASU faculty when he was named a Regents' Professor of Geological Sciences.

Professor Greeley passed away on October 27, 2011, in Tempe. The Greeley family is pleased that this tribute to their husband, father, and grandfather will benefit generations of students at ASU. 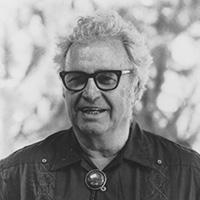 Arizona State University's former Department of Geological Sciences, now the School of Earth and Space Exploration, achieved national rank and worldwide recognition in part due to the career of Dr. Robert S. Dietz. When Professor Dietz passed away in 1995, his son Rex made a gift to the ASU Foundation to honor his father's legacy, which was augmented by additional donations from friends and family. ASU has honored Dr. Dietz with the Robert S. Dietz Field Camp Scholarship, which supports students in the field of geological sciences.

This endowment fund is not open to donations. 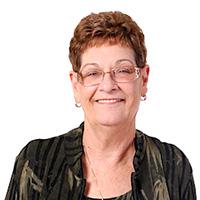 Although Vivian Forde lived and worked in the San Francisco Bay Area for almost four decades, Arizona was home. She grew up in Tempe in a house that her father built when she was a child.

Vivian graduated with a bachelor’s and master’s degree in English from Arizona State University and celebrated her 50th class reunion in 2016. She and her family had strong ties to ASU. Her father attended the university, and her mother worked in administration.

Interested in a great many things in life, Vivian particularly loved astronomy. Through her ASU friends, she was invited to witness a NASA launch at Cape Canaveral. It was the thrill of a lifetime. In her parents' honor, Vivian endowed the Forde Family Scholarship and established a trust that will benefit the university’s School of Earth and Space Exploration.

This fund is not open to donations.

Rick Oldham established the Richard W. Oldham Field Camp Scholarship to provide financial support for eligible undergraduate students with the hope that deserving students will go on to complete their ASU Geology degree, attend graduate school, and enjoy a successful and satisfying career.

"Ultimately, the goal is to enable them to aspire to and achieve a fulfilling life like the one I have experienced, thanks to ASU." - Rick Oldham, School of Earth and Space Exploration alumnus, class of 1979.

This scholarship is not open to donations. 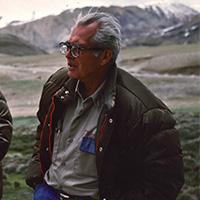 Mary Jean Péwé established the Troy L. Péwé Vision Fellowship in honor of her husband, Troy Péwé. Dr. Péwé was a professor of geology at ASU and made significant contributions to the department, created the geology museum and founded the ASU Ph.D. program in geology. The Troy L. Péwé Vision Fellowship in Quaternary Studies is a fitting tribute to Dr. Péwé and his passion for teaching Ph.D. students about the Grand Canyon, permafrost and other areas of environmental geology.

This fellowship is not open to donations.

How You Make a Difference 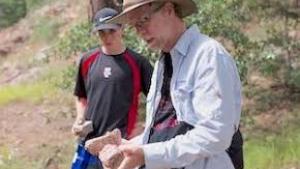 Your contribution to our scholarship funds will help us ensure every student with ambition and drive has access to a world-class higher education. 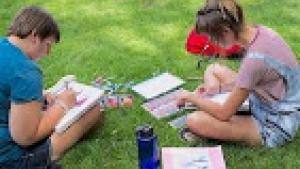 When you support our initiatives to foster student success, you’re helping us shape the next generation of leaders, innovators, scientists, educators and more. 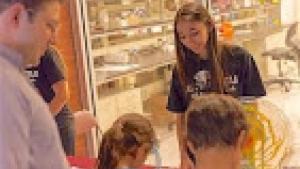 Community outreach is a central component of our school’s goals. Your generosity will help us provide the free public lectures, telescope viewing, hands-on activities and demonstrations from experts in astrobiology, astronomy, the Moon, Mars, meteorites, geology, cosmology, robotics, space exploration and more.