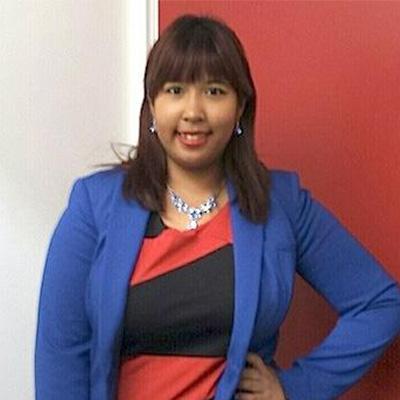 Pye Pye Khin Zaw is a spring 2013 graduate of Arizona State University's Earth and Space Exploration Bachelors in Science program. She works currently as a systems engineer for Bigelow Aerospace of Las Vegas, Nevada. Aiming toward a career goal of becoming a space mission project manager, she is currently working on a Masters in Engineering Management through distance learning at ASU's Ira A. Fulton School of Engineering.

Space has long been in her sights. "When I was little I vividly remembered my first meteor shower," she says. "I was fascinated with those lights in the sky — I still am in fact — and I was intrigued as how they came to be."

Her family helped feed her interest. "I first learned about outer space from my father, who then and now is really interested in astronomy. Growing up, I kept current with shuttle missions, and vowed that someday I would help with the next innovations in space."

During her undergraduate years, she was selected by the Arizona NASA Space Grant Consortium to be an intern for two consecutive years. She became a leader for the ASCEND! Balloon Payload Team during the second year, and also worked for the Lunar Reconnaissance Orbiter Camera science team as a research intern. She also led two teams into nationwide NASA student programs: the Microgravity University Program and the High Altitude Student Payload Program.

At Bigelow Aerospace, Pye Pye started on the Bigelow Expandable Activity Module (BEAM) program. This is an inflatable spacecraft module that will be attached to the International Space Station.

Her experiences and projects at SESE have proven helpful at work, she says. "For me it was truly a life changer to be in a program that completely aligned with my fascination regarding Earth and space. The fusion between science and engineering, I believe, made me a better engineer." SESE gave her, she says, a mentality for method, process, accuracy, and precision.

An important part of that training, Pye Pye says, was technical writing techniques she learned from her advisors. "I would suggest that every would-be engineer or scientist develop a good technical writing portfolio."

Her current engineering management studies are focusing on what's called "Six Sigma," a technique for continuous improvement in industrial processes.

"With commercial space moving into everyday reality," she explains, "It's important that money, time, and resources are used efficiently to minimize costs. To do that, I need to learn the proper process and technique for managing an engineering project. These are critical skills in becoming a space project manager or similar leader."

Looking back, Pye Pye says that one of the hardest parts of university life was choosing what to become involved with. "Left and right there were so many cool things I wanted to take part in. It's really tough to keep schoolwork in check and take part in extracurricular projects. Learning how to balance everything was a challenge."

Suggestions for future space scientists and engineers? "Have a passion. Without passion, even success won't be gratifying."

And make certain you really like what you are doing. "I'm sure that one of the most important reasons I am where I am today is because everything that I did, I truly enjoyed. Those late nights, the stress, and the countless pages of papers and presentations — they all become worthwhile when you step back and realize they have brought you closer to your dreams."