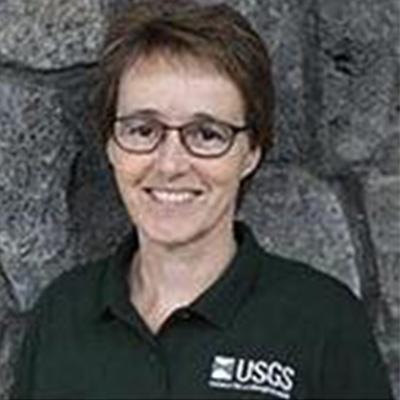 For Connecticut native Christina (Tina) Neal, the east coast was home for many years, but education and job opportunities took her all over the country. From lofty childhood dreams involving moon landings through the rigors of college, Tina eventually found her true calling: volcanoes.

Tina’s love for the outdoors and fascination with space and space travel fostered childhood dreams of becoming an astronaut.

“My sister worked for a major network and brought me home press packets on the Gemini and Apollo missions. I used to practice creating static in a microphone beaming my voice down from the moon,” recalls Tina. “I have a strong memory of watching the moon landing on a grainy black and white TV with my mother. I would have been nine years old. It was a thrill and undoubtedly fueled my love of science, my interest in exploration.”

With medical professionals in the immediate family, Tina planned to become an astronaut via the medical doctor route. But then she discovered her first love in college – planetary geology, and her focus shifted toward that. In 1980, she graduated from Brown University with her BS in Geological Sciences.

It was the chance to work with the legendary Professor Ron Greeley, and the excellent reputation of ASU’s planetary geology program, that enticed her to the desert.

“I was intending to pursue [planetary geology] at ASU; however, Steve Self, now with the NRC, intercepted me with NASA money in hand, and my plan was modified to examine 1980 St. Helens deposits as analogs for features on Mars,” says Tina. “I became hooked, however, on the active volcano monitoring and eruption response part of things and well left the planetary orbit so to speak.”

According to her “opportunities to interact with world class scientists and pursue fascinating questions were there for the taking. The quality of education was superb, professors and post docs accessible and supportive, and resources at the department (way back then) seemed terrific.”

She fondly recalls her permafrost and cold region geology class with the late ASU professor Troy Pewe, master of the pre-sunrise climb to the outcrop.

“I so loved that I was solidly well versed in periglacial geology when I arrived many years later in Alaska where Troy had done important work. I hope he would be pleased that I remembered principles of ice expansion and periglacial features!”

Tina was enrolled at ASU from the fall of 1981 thru spring 1983 but did not receive her MS in Geological Sciences until 1986. In June 1983 she took a position with USGS at the Hawaiian Volcano Observatory and immediately was consumed in the work and thrill of monitoring and studying an active eruption.

From 1983-89, she worked for the US Geological Survey at the Hawaiian Volcano Observatory on the Big Island of Hawaii. While stationed in Hawaii, she also participated in an ALVIN expedition to study a propagating submarine rift system on the ocean floor north of the Galapagos Islands.

She moved to Anchorage for a position at the newly established Alaska Volcano Observatory of the USGS in 1990. She worked on eruptions in the Aleutian arc, and during quiet times was involved with investigations of the eruption history and volcano hazards of several young volcanoes on the Alaska Peninsula and the eastern Aleutians.

In 1998, she took a two-year temporary position as a USGS geoscience advisor to the Office of US Foreign Disaster Assistance of the US Agency of International Development in Washington DC. She returned to Alaska in June 2000, to resume duties as a staff geologist at the Alaska Volcano Observatory.

March of 2015, she began as Scientist in Charge at the USGS Hawaiian Volcano Observatory.

Her advice to students: “Follow your passion and be open to serendipity – you never quite know where an opportunity will lead.”