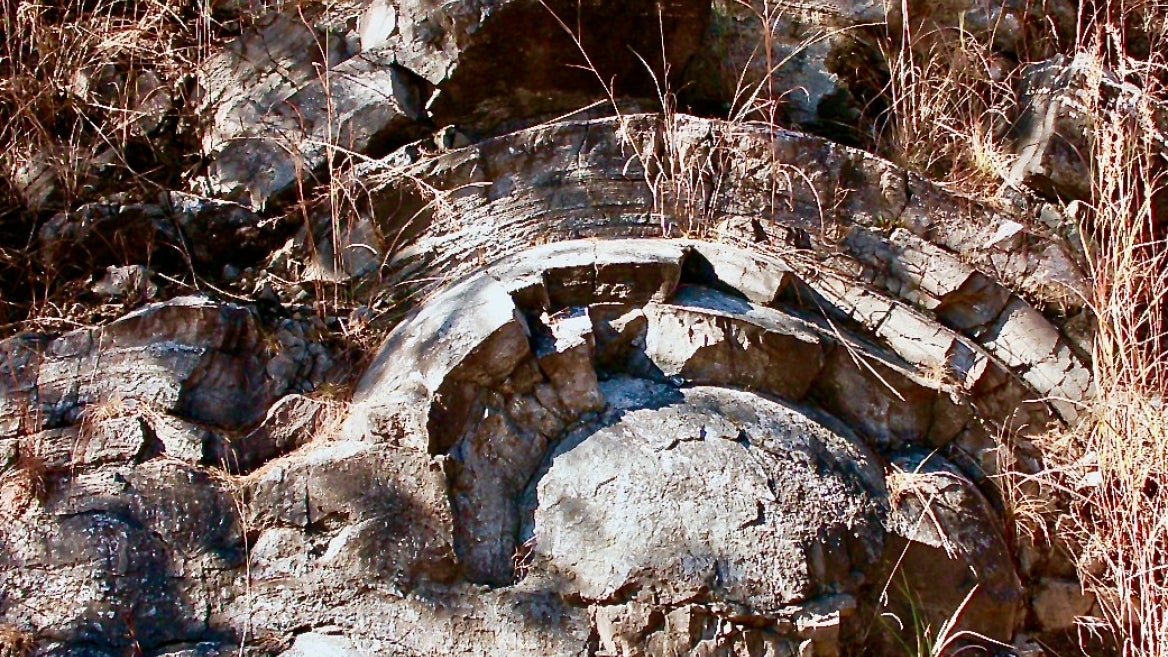 Oxygen first accumulated in the Earth’s atmosphere about 2.4 billion years ago, during the Great Oxidation Event. A long-standing puzzle has been that geologic clues suggest early bacteria were photosynthesizing and pumping out oxygen hundreds of millions of years before then.

But something was holding back oxygen’s rise. Where was it all going?

A new interpretation of rocks billions of years old finds volcanic gases are the likely culprits. The study, co-authored by Arizona State University President’s Professor Ariel Anbar and led by researchers at the University of Washington (UW), was recently published in the journal Nature Communications.

Multicellular life needs a concentrated supply of oxygen, so the accumulation of oxygen is key to the evolution of oxygen-breathing life on Earth.

“If changes in the mantle controlled atmospheric oxygen, as this study suggests, the mantle might ultimately set a tempo of the evolution of life,” Kadoya said.

This new work is the culmination of a multi-institution, five-year, $5 million National Science Foundation project led by Anbar, who is an astrobiologist with ASU’s School of Earth and Space Exploration. Of particular importance to this most recent study is a previous study, also funded by this project and led by researchers at the University of Maryland. In that study, the research team studied ancient volcanic rocks, up to 3.55 billion years old, collected from sites that included South Africa and Canada and found that the early Earth’s mantle was far less oxidized, or contained more substances that can react with oxygen, than the modern mantle.

The Archean Eon, when only microbial life was widespread on Earth, was more volcanically active than today. Volcanic eruptions are fed by magma — a mixture of molten and semi-molten rock — as well as gases that escape even when the volcano is not erupting.

Some of those gases react with oxygen, or oxidize, to form other compounds. This happens because oxygen tends to be hungry for electrons, so any atom with one or two loosely held electrons reacts with it. For instance, hydrogen released by a volcano combines with any free oxygen, removing that oxygen from the atmosphere.

The chemical makeup of Earth’s mantle, or softer layer of rock below the Earth’s crust, ultimately controls the types of molten rock and gases coming from volcanoes. A less-oxidized early mantle would produce more of the gases like hydrogen that combine with free oxygen. The 2019 paper shows that the mantle became gradually more oxidized from 3.5 billion years ago to today.

The new study combines that data with evidence from ancient sedimentary rocks to show a tipping point sometime after 2.5 billion years ago, when oxygen produced by microbes overcame its loss to volcanic gases and began to accumulate in the atmosphere.

This has implications for understanding the emergence of complex life on Earth and the possibility of life on other planets.

“The fact that the solid planet plays a role in the rise of oxygen is really important for the search for life on other worlds,” Anbar said. “One of the main search strategies is to look for evidence of oxygen in the atmospheres of other planets. That strategy presumes that if you have life that produces oxygen, it will eventually build up in the atmosphere.”

Anbar points out, however, that the lag between the evolution of oxygen-producing metabolism and the buildup of oxygen on Earth suggests that this is not inevitable. This new paper indicates that the chemical composition of the planet’s interior matters.

“There could be worlds out there on which life exists and produces oxygen, but where oxygen never builds up because it is all consumed by volcanic gases,” Anbar said. “And maybe the chemistry of the interior of these worlds never evolves like Earth’s did to change that equation.”

With the results of this latest study, astrobiologists now have another set of conditions to help them look for life on other planets. Beyond oxygen in the atmosphere, the composition of a planet may also have to be strongly considered.

This story was written by Hannah Hickey of the University of Washington with contributions from Karin Valentine, media relations and marketing manager, School of Earth and Space Exploration.