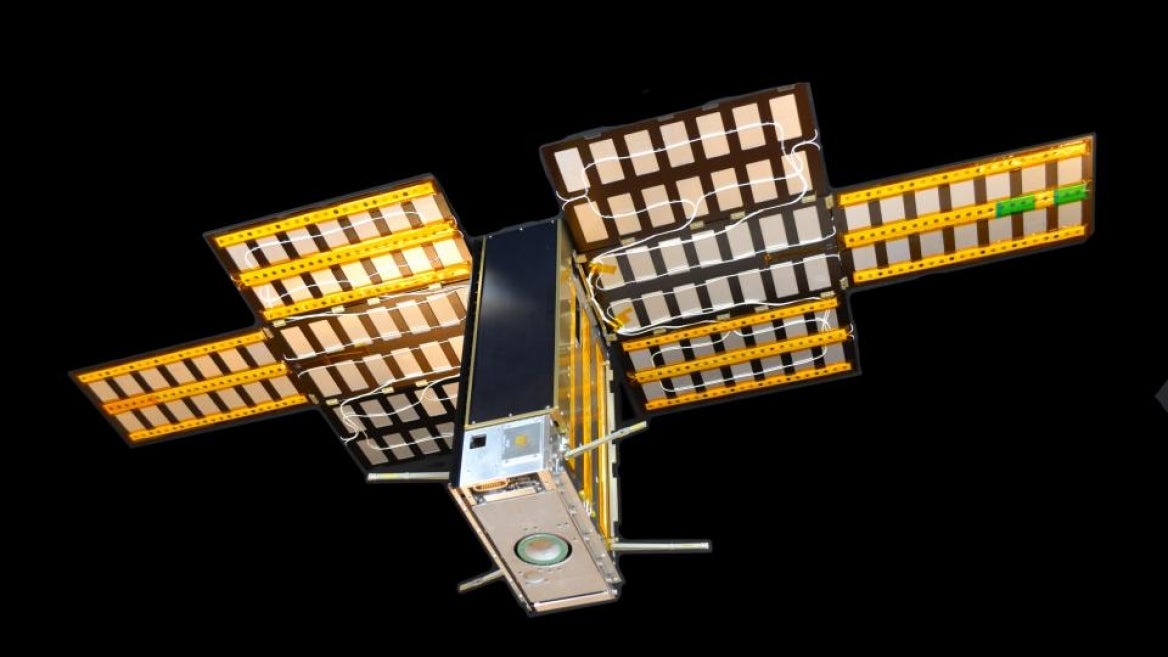 The Arizona State University-led team building NASA’s Lunar Polar Hydrogen Mapper, or “LunaH-Map” for short, reached a major milestone earlier this month by completing the assembly of the spacecraft.

LunaH-map, which is a cubesat about the size of a shoebox, is ASU’s first NASA mission to be led, designed and built on the Tempe campus. Its destination is an orbit around the moon, from which it will map hydrogen enrichments within permanently shadowed regions of the lunar south pole.

“This is a huge milestone for our mission,” said LunaH-Map principal investigator and planetary scientist Craig Hardgrove, of ASU’s School of Earth and Space Exploration. “It’s been a challenging road to get here and seeing the spacecraft in its final form is amazing.”

The LunaH-map team’s next steps are a vibration test and environmental vacuum and temperature testing. During this phase, the spacecraft will be exposed to the environmental conditions it will see during launch and throughout its science mission in lunar orbit.

Design, assembly and testing of the spacecraft in the specially designed clean rooms located in the Interdisciplinary Science and Technology Building 4 (ISTB4) on the ASU Tempe campus have included the significant involvement of two local Tempe engineering firms.

Specifically, chief engineer Igor Lazbin, electrical engineering lead Bob Roebuck and thermal and structural engineer Nathaniel Struebel from AZ Space Technologies, along with director of flight operations Patrick Hailey and software engineer Tyler O’Brien from Qwaltec, have worked closely with ASU mechanical engineering lead Joe DuBois and a number of other faculty, staff and students on the completion of the spacecraft.

Over the next few weeks, the team will make the necessary final adjustments and fine-tune the spacecraft so that it will be ready to deliver to NASA for its eventual launch on NASA’s SLS Artemis-1 rocket.

"The ASU LunaH-Map team has done a fantastic job bringing the spacecraft to life,” said Jim Bell, deputy principal investigator and planetary scientist at ASU’s School of Earth and Space Exploration. “It's been an incredible five-year journey going from concepts to designs to prototypes and now to actual flight hardware. It's going to be an incredible mission.”

While the delivery of the spacecraft to NASA is dependent on when NASA’s SLS Artemis-1 rocket is ready for launch, the team plans to have the spacecraft ready for delivery in early fall 2020, with an expected launch in 2021.

After delivery, the team will continue working on the spacecraft engineering model, which includes all the components on the flight spacecraft.

“The engineering model will be used to develop and test all of our flight spacecraft activities before we uplink them to LunaH-Map while it is in flight,” Hardgrove said.

Once launched, the spacecraft will be operated from the mission operations center in ISTB4, where they will communicate directly with NASA’s Jet Propulsion Laboratory Deep Space Network to send commands that will be transmitted to the spacecraft.

“I am honored to be a part of our groundbreaking space mission and to work with such bright and talented planetary scientists, aerospace engineers and students,” said LunaH-Map project manager Teri Crain. “I can’t wait to witness the launch of our tiny, but mighty, spacecraft on board the first SLS Artemis-1 flight from Kennedy Space Center in 2021.”

LunaH-Map is a NASA planetary science mission with a fully functional interplanetary spacecraft the size of a shoebox. Its mission is to map hydrogen enrichments within permanently shadowed regions of the lunar south pole. The spacecraft will use a miniaturized propulsion system, attitude control, power and communications systems to maneuver into orbit around the moon.

LunaH-Map will enter a low altitude, elliptical polar orbit and will measure the abundance of hydrogen using a new type of compact neutron spectrometer. Neutron measurements made at low altitude over the lunar south pole will allow LunaH-Map to constrain the hydrogen within permanently shadowed regions at unprecedented spatial resolution.

Decades of lunar exploration have proven that there are water ice enrichments in certain regions around the poles of our moon. Some of these regions, called "permanently shadowed regions" (or PSRs) at the lunar south pole may contain enough water to change our view of the formation and evolution of the moon, or they may contain enough water to support future human and robotic exploration of the solar system.

In addition to the ASU team, AZ Space Technologies and Qwaltec, the mission includes engineering and operations professionals from KinetX, and other U.S. commercial space companies and NASA centers.