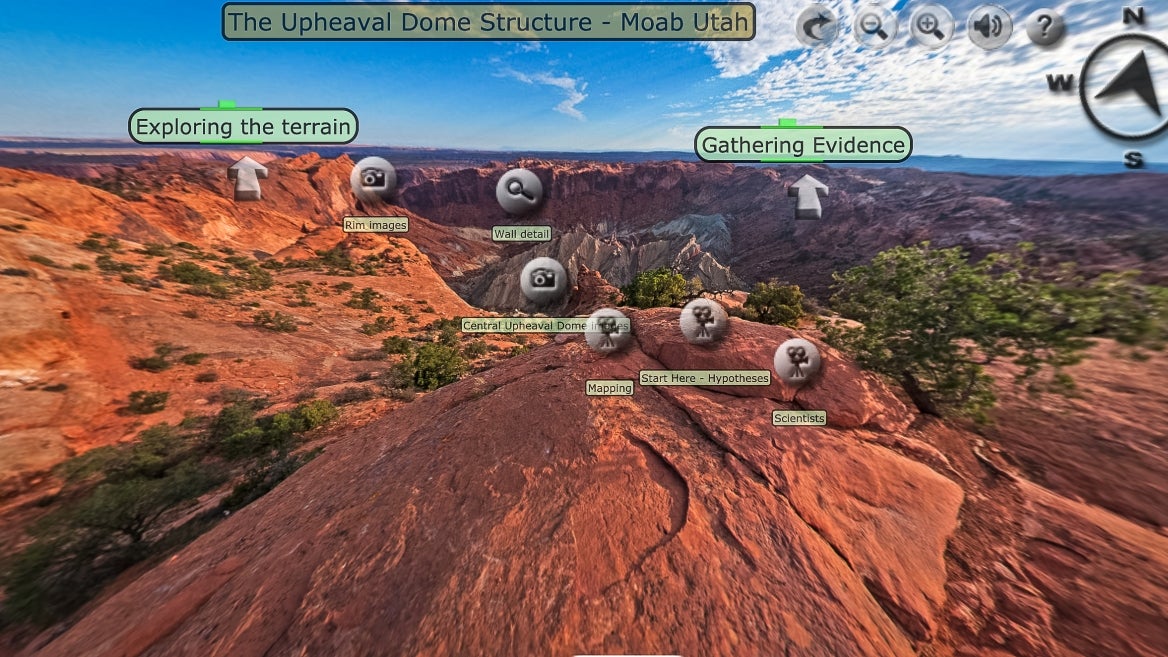 It’s a beautiful day at the ancient city of Teotihuacan. The Avenue of the Dead isn’t too crowded, you see from where you stand on top of the Pyramid of the Moon. On your left lies one of the city’s resident dogs, enjoying the sun.

Today you will explore the city and its history with distinguished and award-winning anthropologist and archaeologist Professor Emeritus George Cowgill of Arizona State University. Cowgill has been significant in his contributions to the archaeology of Mesoamerica with most of his archaeological fieldwork and analysis centered on Teotihuacan.

It’s going to be a great day. And it will all happen on your laptop.

Online field trips have exploded in popularity since the pandemic sent the entire country home. For crazed parents trying to homeschool their children, they are almost as valuable as quiet time.

“There’s definitely been a surge of interest and users in the last 10 days,” said Ariel Anbar, ASU’s Center for Education Through Exploration director and education innovator of the center's suite of offerings, including Virtual Field Trips (VFTs).

Among the classes and learning experiences offered by the center are 19 immersive virtual field trips, covering topics such as geology, early life, the extinction of the dinosaurs, astrobiology, volcanism, and early civilizations.

Students can visit the rainforest or the Australian outback any time they want. The trips are designed with a philosophy of learn by doing, Anbar said.

“The student is learning through a lot of trial and error, experimentation,” he said. “They have a lot of options and they have to figure their way through things. We know from research that that type of learning is usually superior when it’s done well. We learn by doing, so having online experiences that are of that type, as opposed to other online experiences where you’re just watching a video, is superior. And it can be superior to an in-person lecture. Those are a couple of advantages.”

All of the projects offered by the center push students to be problem solvers, not fact regurgitators.

“That’s our aspiration, to produce problem solvers,” Anbar said. “You’re not going to get there without putting people through lots of learning experiences that train you to do that, that reward you for doing that, that inspire you to do that. That’s necessary. We see that as a solution and we see ourselves as part of the solution.”

Some of the projects are geared toward entry-level college students and some are good for all ages. Infiniscope was created by ASU’s School of Earth and Space Exploration and NASA’s Science Mission Directorate to invite learners of all ages to explore space exploration.

The first wave of online teaching tried to emulate a classroom. Think TED talks. These are way more than that.

“That’s fine for what it is, but a computer can do more than serve up videos and Powerpoint slides,” Anbar said. “Look at gaming. Computers can serve up a very immersive, addictive experience. We’re trying to bring that into education. … We’re trying to master the medium of teaching through a computer.”

“That’s like asking me to pick my favorite child,” Anbar said. “It’s a suite of VFTs that expose the learners to the fact that we have evidence of an impact that wiped out the dinosaurs all around the world, in multiple locations and walks them through that evidence. I think it’s really cool to see those field sites. One of the most famous field locations in all of geology, the place where we first discovered evidence of a big meteorite impact at the time the dinosaurs became extinct is this roadcut by the side of a highway. You wouldn’t know was anything special if you just drove up to it. Just seeing a photograph of it doesn’t really give you that context. In a 3D immersive environment where you can turn around and see, ‘Oh, 10 feet behind me is a highway.’ You learn just by seeing - not by someone telling - that profound geology can be in all kinds of places you wouldn’t expect. I think that’s really cool, just getting that kind of context out of it is powerful.”

The Grand Canyon virtual field trip was put together in a two-week river expedition. Expert scientists give lectures along the way, through videos in the right places.

“That’s an experience very few people ever get to go on,” Anbar said.

And that's where VFTs come in.

“What you’re seeing and why it’s important, that’s an experience very few people will ever have. It’s pretty powerful.”

Top image courtesy of the Center for Education Through eXploration.