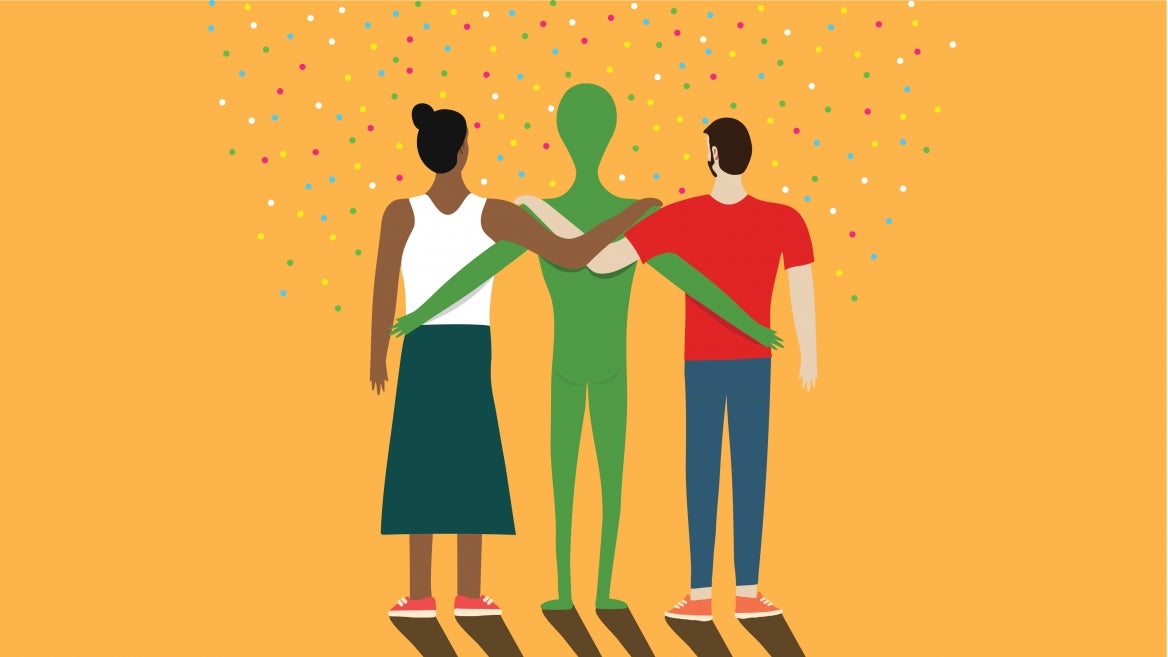 Is there anybody out there?

“Two possibilities exist. Either we are alone in the universe or we are not. Both are equally terrifying.” — Arthur C. Clarke

With that quote flashing on a screen above them, a team of experts from Arizona State University began a discussion of the search to find out if we are alone — or not.

“There is a concerted hunt for life in the universe,” moderator and science journalist David Baron began.

Some on the panel — composed of an astrophysicist, astrobiologist, planetary scientist, lawyer and psychologist — are part of that hunt.

Where might we find life in our solar system? There are three likely places, said planetary scientist David Williams: Mars, the Jovian moon Europa, and Enceladus, one of Saturn’s moons.

“Each has the ingredients of life,” Williams said.

Europa is mostly covered in ice, with a liquid ocean beneath. Vents from geysers at the moon’s south pole spout material into space. A NASA mission to take a closer look launches in 2025. “If we find life on any of these worlds, it’s going to be microbial,” Baron said. “It’s not going to be building cities.”

Astrobiologist Sara Walker spends her career hunting aliens. What she looks for are “technosignatures,” things that can be produced with technology, like radio signals.

“A lot of the new thinking about technosignatures is that they are related to biosignatures,” Walker said.

Would the discovery of other civilizations bring humans together? Psychologist Yul Kwon is working on his doctorate. He was co-author of an international study assessing how people would react to the news we’re not alone.

The verdict? Mostly positive. “People tend to use positive words when describing their reactions,” Kwon said.

Walker once had a ride with an Uber driver who thought life had already been discovered beyond Earth. “For some people, it’s so not on their radar they’re surprised it’s not out there,” she said.

One respondent to Kwon’s survey asked, “Will we finally learn our purpose?”

Another had a Hollywood-conditioned response: "What if they are smarter than us and have the ability to attack us or use our planet for its resources?"

“The very fact they had the ability to come to our planet would require more resources than our planet has,” he said. “Why would they bother?”

People want to believe, Desch said. He cited the reaction to ʻOumuamua, the cylindrical interstellar object that passed through the solar system three years ago. In July 2019, astronomers finally reported that ʻOumuamua was an object of a "purely natural origin.”

“It reminded everyone of 'Rendezvous With Rama,'” he said.

"Rama" is a science fiction novel about a cylindrical alien starship that enters our solar system — written by Arthur C. Clarke.