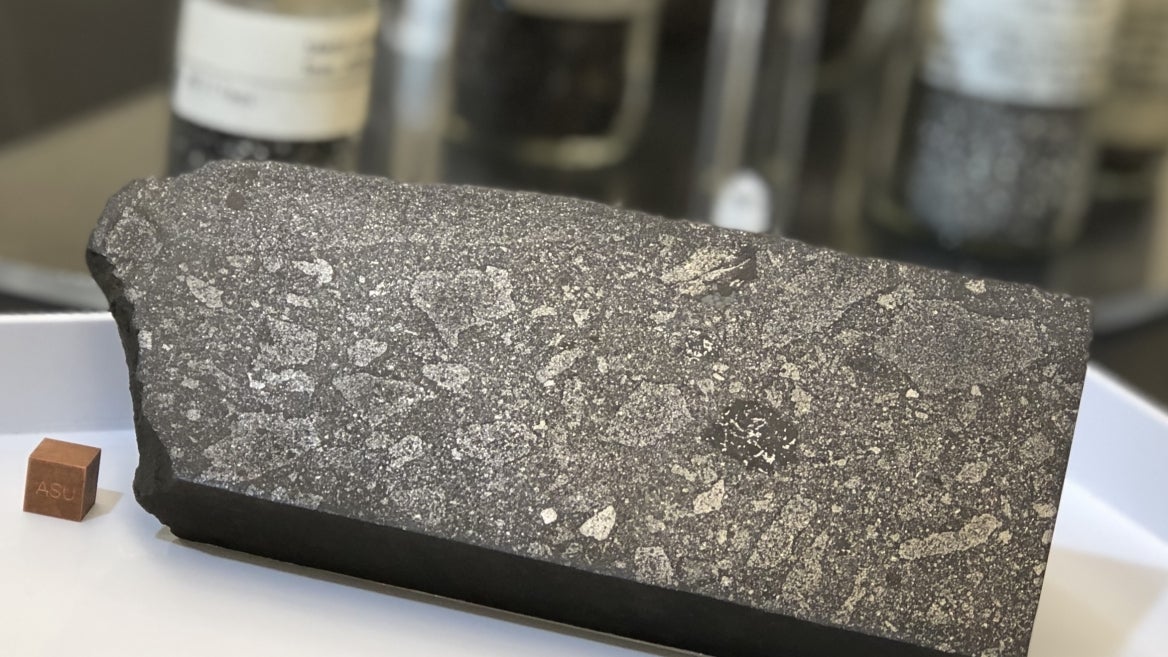 What is the Earth made of? What kind of meteorites accreted together to form Earth? Do these meteorites exist like the ones on display at Arizona State University's Center for Meteorite Studies or were they entirely consumed during the formation of Earth?

These are long-standing questions that planetary scientists continue to study. And meteorites — our emissaries from the solar system — hold many of the clues.

In a recent study published in Nature Scientific Reports, ASU School of Earth and Space Exploration research scientist Vinai K Rai and co-author Jinia Sikdar are working with a type of meteorite called an “enstatite chondrite” to help determine what the Earth and other terrestrial planets may be made of.

In other words, the enstatite chondrites differ considerably in their silicon isotope composition in comparison to the Earth.

Because of this, researchers have typically ruled out enstatite chondrite meteorites as a major contributor to the Earth. In light of the overwhelming evidence of geochemical and isotopic similarities for other elements, the discrepancy of silicon, a major rock forming element, needed serious reinvestigation, according to the researchers.

“We adapted a different approach to get the purest possible phases of the meteorite,” Rai explained. “Rather than using a hand magnet to separate the metal-rich and silicate-rich phases from the meteorites, we did micro-milling of pre-characterized thick sections of meteorites.”

“Our results suggest that an Earth-forming embryo was formed from the accretion of enstatite chondrite-like material that already had a metal core before accreting to form Earth,” Rai said.

The next steps for Rai and Sikdar are to look for the iron core from a reduced planetary body, if it exists and is in our meteorite collections, which would be predicted to have a light silicon isotope composition similar to that of enstatite chondrite metal. This could further help in understanding the origin and subsequent evolution of the Earth.

“What the Earth and other terrestrial planets are made up of is a fundamental question for all of us,” Rai said.