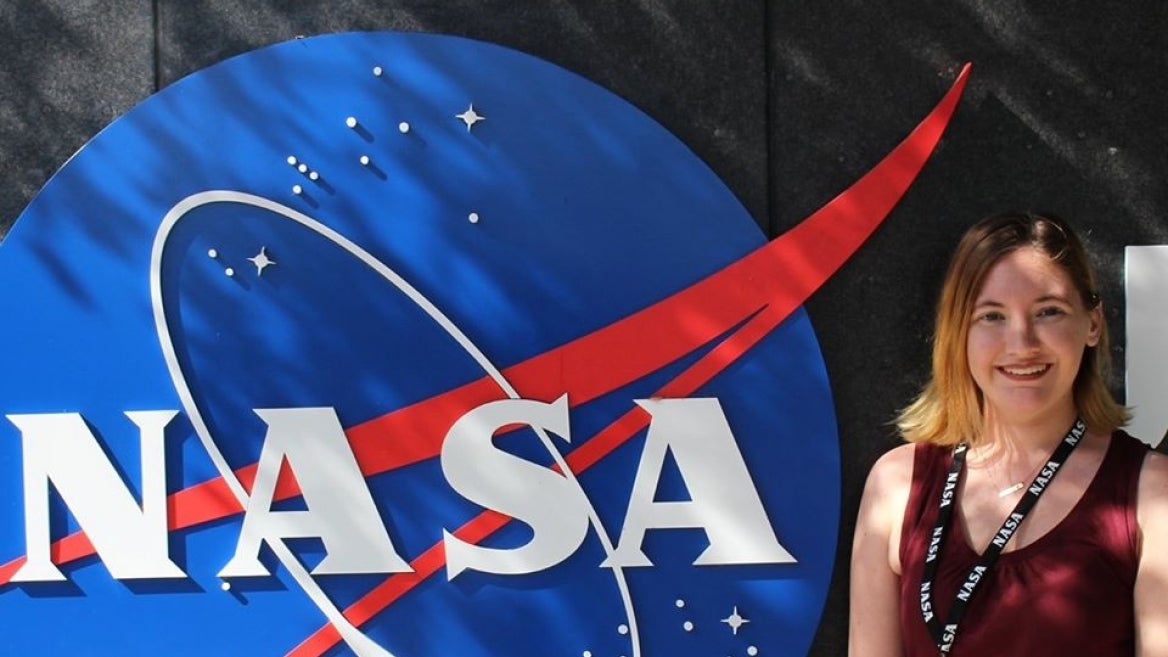 Undergraduate Ella Osby focuses on the evolution of stars

Ella Osby is a senior earning her degree in astrophysics at the School of Earth and Space Exploration at Arizona State University. Osby is originally from Atlanta, a city that she admits is more known for its light pollution than stargazing.

ASU Now talked with Osby about her intellectual evolution: how she went from wanting to study both Earth and space, to focusing solely on the evolution of stars.

Question: What brought you to ASU and, more specifically, to the School of Earth and Space Exploration?

Answer: I’ve always been interested in both earth and space sciences, which is really what led me to come to ASU and to the school. I loved that I could combine astrophysics with earth sciences, instead of them being separate. That cross-disciplinary nature isn’t common, so the school caught my eye with that, because originally I was going to minor in geology, but scheduling was difficult. Then once I got into the research side of astrophysics, my priorities changed. I’m happy with where my concentration is now. Astrophysics is a field where there is so much to learn. No matter what research we’re doing, and even when the result is unexpected, it’s always fascinating.

Q: What is a memorable moment from your studies?

A: There have been a lot, but one I remember from the beginning is from Camp SESE. The campgrounds are far from Phoenix and the sky was so clear. The mentors brought us out to this big open field to do some stargazing. They had a bunch of telescopes for us to look through. That was the first time I was able to see the Andromeda Galaxy with my naked eye. It was wild. Especially coming from Atlanta, then moving to Phoenix, light pollution is always an issue. But out there it was so clear.

Q: Who has been a mentor to you during your time at theschool?

A: I’ve been working with astrophysics Associate Professor Evgenya Shkolnik in her lab since I started here, and I have learned so much that I wouldn’t have been able to without having that opportunity. Simple life lessons, like how to conduct research and navigate the field.

Q: Can you describe your lab work?

A: Well, I don’t necessarily do lab work but more data analysis. Currently my work has been on ultraviolet evolution of low-mass stars. I also helped with the calculations and calibrations for the SPARCS telescope, which is in its second year of development and is being designed to look at the ultraviolet variability of low-mass stars over a full stellar rotation.

Q: What is the benefit of studying the UV rays from low-mass stars?

A: They are the most abundant stars in the universe, and they live for a long time. So ... they are some of the most likely to have planets around them that could support life. Yet, they are relatively active, emitting ultraviolet light, especially in the early planet-forming stage. So these stars could possibly strip planets of molecules necessary for life, like water and carbon monoxide. The goal of my research is to understand how strong the UV rays are and how much they change over a star’s lifetime. This is a really understudied field for two reasons: People were once more focused on sun-like stars, and low-mass stars are dim and hard to observe.

Q: What are your plans for the future?

A: I’d like to go to grad school, get my PhD in stellar astrophysics and teach at a university. I like the idea of being a professor so I can always be hearing new perspectives.