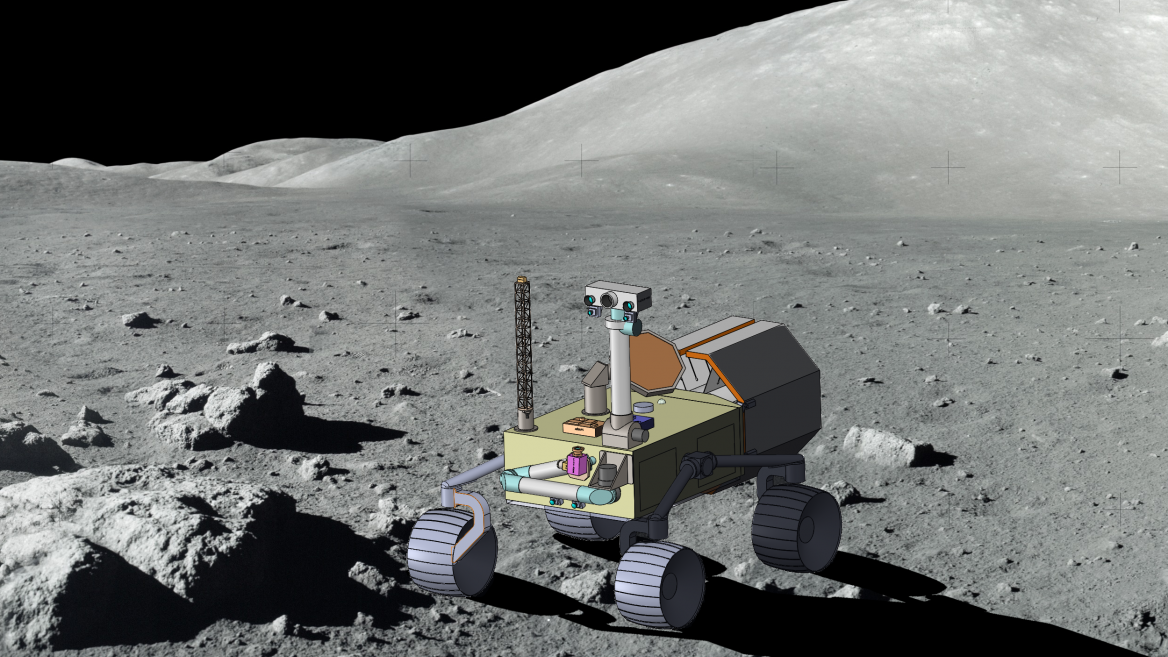 Arizona State University is one step closer to mission development of a new lunar rover with the announcement earlier this month of funding for a NASA Planetary Mission Concept Study.

The funded concept, called “Intrepid,” is a robotic rover designed to travel long distances and to perform long-duration investigations of the composition, physical properties and space environment of the moon.

The Intrepid team, led by planetary geologist and Principal Investigator Mark Robinson of ASU’s School of Earth and Space Exploration, proposes a rover that can study major geologic terrains and travel over 1,100 miles (1,800 km) over four Earth years.

“Intrepid is being designed as a long-lived roving lunar explorer,” said Robinson. “It will address key scientific and exploration questions and demonstrate technologies required for future robotic and human exploration of the moon, Mars and other terrestrial bodies.”

The proposal is for Intrepid to investigate hundreds of major and minor scientific sites. It is also being designed to perform multiple scientific duties for the team, including an inventory of rock diversity, improving the understanding of lunar volcanism, determining the origin of localized magnetic fields, investigating contemporary craters, demonstrating dust-mitigation strategies and measuring radiation for future human explorers.

Intrepid, which is about the size of an all-terrain vehicle, is also being designed to make use of an innovative, multimission radioisotope thermoelectric generator for a safe, reliable and long-lived power source over the duration of the mission.

For this NASA-funded mission concept study, Robinson, who is also the principal investigator for the camera on NASA’s Lunar Reconnaissance Orbiter, will lead a consortium of scientists from multiple NASA centers and universities, as well as the engineering and systems development firm First Mode.

Over the next several months, the Intrepid team will be taking a detailed look at how the rover will operate and what engineering studies are needed to mature the mission concept.

“Among many things, we’ll be considering the advantages and disadvantages of a six-wheel rover versus a four-wheel rover, what the best form of communication is, and if the proposed instrument package is appropriate,” said Robinson.

These recommendations will then be delivered to the design team at NASA’s Jet Propulsion Laboratory (JPL) for detailed engineering study and decision-making. Once that is complete, the Intrepid and JPL teams together will report back to NASA with a solid mission architecture and realistic cost estimate.

Nine other proposals were selected this round for the NASA Planetary Mission Concept Study, and these other teams will follow the same path. Ultimately NASA will select from the original 10 mission concepts, and the selected concepts will likely appear in the next Planetary Science Decadal Study.

“So someday Intrepid may be built and explore the moon — for now we need to work hard to show that Intrepid has a high science return and is doable within a reasonable cost cap,” said Robinson.