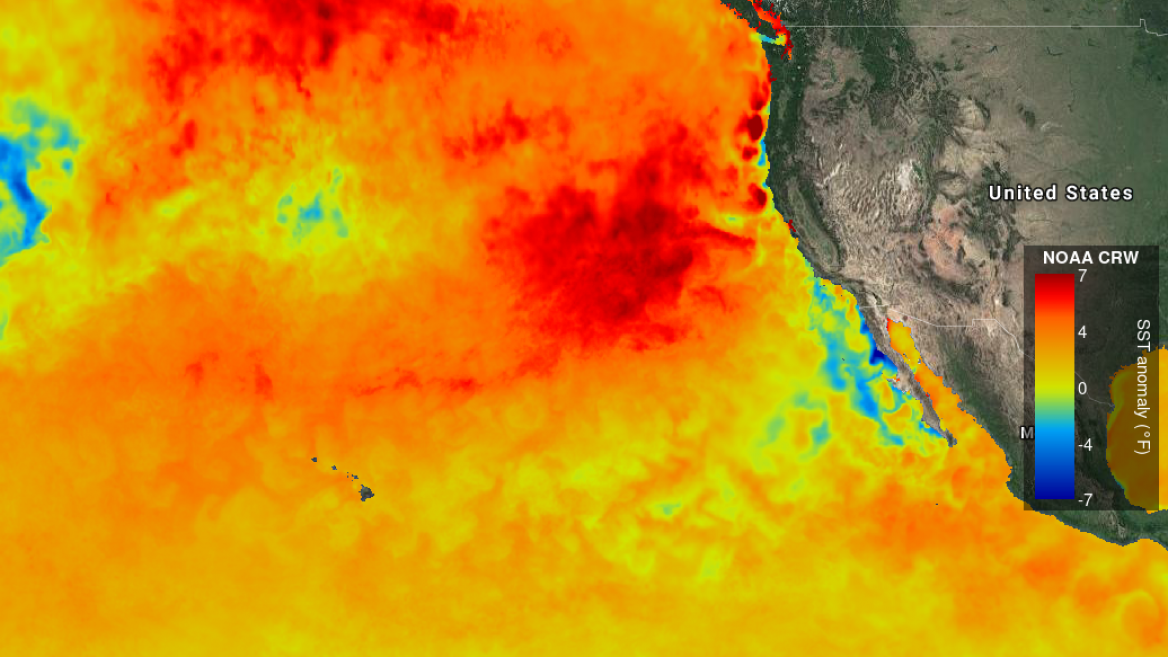 Editor's note: Be sure to check back on ASU Now for this developing story, and the website Hawaiicoral.org as we provide further updates. Or follow us on social media: @asnerlab — @greg_asner — @asunews — #coralbleaching2019 On August 23, after the Hawaii Governor David Y. Ige’s office issued a plea for help dealing with a pending widespread and severe coral bleaching event during an ocean heatwave, early efforts have been focused on informing the community of how they can best help save the reefs.

Through word-of-mouth and social media efforts, the Hawaii state government, local tourism offices, dive and surf shops have been spreading the word to its citizen scientists of being the extra eyes on the reef to help state and federal managers monitor and best respond to the ongoing bleaching event.

“During the past 8 days since the Governor’s office announcement there have been 62 reports of bleaching events coming from our citizen scientists,” said Greg Asner, who directs ASU’s Center for Global Discovery and Conservation Science. This past week, Asner has been in a series of emergency meetings with state and federal officials to help mitigate the harmful effects of the looming coral reef crisis.

To help map incoming reports, the web site hawaiicoral.org offers an easy interactive tool for its citizens to report the location and severity of bleaching events.

The map reports of moderate to severe bleaching already underway from out west on Kauai to the Big Island. Responding to these reports, GDCS scientists like Robin Martin and Patrick Gartrell have been measuring living and dying coral in preparation for the ocean heatwave (see: https://twitter.com/HawaiiCoral_Org/status/1168780178882990081?s=20).

The latest temperature update from NOAA offer little solace for relief for the coral reefs, as sea surface temperatures continue to rise toward the levels found during the worst mass bleaching event in 2015 (see: https://twitter.com/HawaiiCoral_Org/status/1168842078400499712?s=20.

For Hawaii’s communities, please be ready to get out to the reefs and help by reporting any bleaching you see on our website http://hawaiicoral.org. Please participate and spread the word. #coralbleaching2019 @asuresearch

July ended with the hottest recorded average temperature since people have been making daily readings. With the warming, climate change is ensured. A huge chunk of Greenland has melted, Arctic seas have opened, and the diversity of life on Earth may be threatened.

Now, the effects are spreading across the Hawaiian Islands, with some of the most diverse and abundant life under peril due to a massive coral bleaching event underway.

According to NOAA scientist Jamison Gove, "Ocean temperatures are extremely warm right now across Hawaii, about 3°F warmer than what we typically experience in mid-August. If the ocean continues to warm even further as projected, we are likely to witness severe and widespread coral bleaching across the islands." This event is coming a mere four years after the unprecedented bleaching events of 2014 and 2015. Just as the Hawaiian coral reefs were showing remarkable resiliency and making a recovery, they are faced with yet another event.

Coral bleaching is a change from normal coloration of browns, yellows and greens to a nearly white color. This change occurs when corals are stressed by environmental changes, especially temperature increases. Although corals can recover from moderate levels of heat, if it is prolonged, they will die.

But scientists say that reducing secondary stress on corals during these ocean heat waves can improve the chances of coral survival.

According to Division of Aquatic Resources (DAR) administrator Brian Neilson, “We know this bleaching event is coming, and it’s probably going to be worse than the one we experienced a couple of years ago, when West Hawaii experienced a 50% mortality rate and Maui experience 20-30% mortality rates on DAR fixed monitoring sites. We’re asking for everyone’s help in trying to be proactive and minimize any additional stress put on coral.”

As part of its sustainability commitment to help preserve life on Earth, Arizona State University is leading the effort to help Hawaiians save the reefs by providing real-time monitoring in support of DAR's efforts. "The work that the team is doing here, in cooperation with DAR, is the first time on planet Earth that we are doing real-time monitoring of a bleaching event," said Greg Asner, who directs the new ASU Center for Global Discovery and Conservation Science.

Their suite of technology has extensively mapped the state of coral reef health before the warming event. Now, their heroic efforts will monitor the warming ocean’s impact on coral bleaching through space satellite imaging, 3D laser mapping from the air and sensors sunken on the ocean floor.

"The sea surface-temperature alert already went up, and this is the highest temperature ever recorded in Hawaii," Asner said. “But bleaching is not death, so there is still a chance to save the coral reefs.”

Asner mentions that what ultimately kills coral are algae, who thrive and multiply with the higher temperatures, gobbling up all the surrounding oxygen and snuffing out coral and ocean life.

DAR is working with the Hawaiian community on simple ways that they can specifically help:

• Avoid touching the reef while diving, snorkeling or swimming.

• Do not stand or rest on corals.

• Use sunscreens with no oxybenzone or octinoxate.

• Boaters should use mooring buoys, or anchor only in sand areas and keep anchor chains off the reef.

• Fishers should reduce or stop their take of herbivores, such as parrotfish, surgeonfish and sea urchins. Herbivores clear reefs of algae, which overgrow and kill corals during bleaching events.

• Taking extra precaution to prevent contaminants from getting to the ocean like dirt from neighboring earthwork, chemical pollution from fertilizers, and soaps and detergents getting to storm drains.

Together, through state agencies, ASU research and the community, they may help stem the tide on coral bleaching.