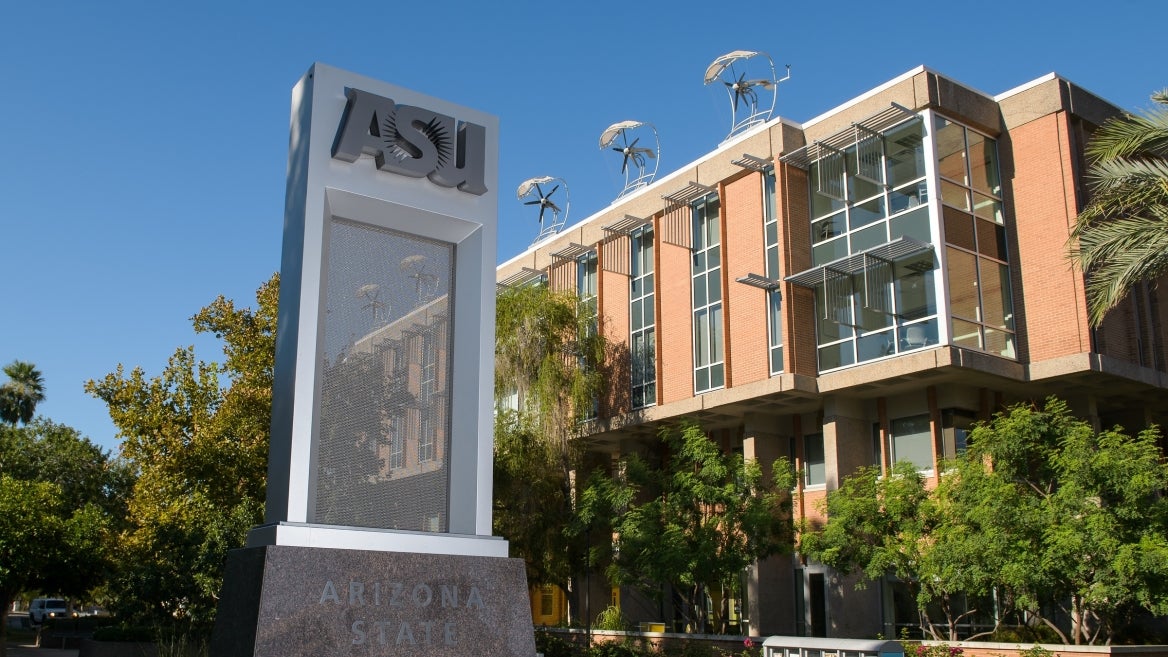 Cosmochemistry expert and new ASU School of Earth and Space Exploration (SESE) Director Meenakshi Wadhwa and drylands researcher Osvaldo Sala, a Regents Professor in the School of Life Sciences, have been elected to the 2019 class of the American Geophysical Union (AGU) Fellows, recognized for their exceptional scientific contributions and gained prominence in their respective fields of earth and space sciences.

This honor is bestowed on only 0.1% of AGU membership in any given year. AGU Fellows are recognized for their scientific eminence in the earth and space sciences. Their breadth of interests and the scope of their contributions are remarkable and often groundbreaking.

Each year since 1962, AGU has elected as fellows members whose visionary leadership and scientific excellence have fundamentally advanced research in their respective fields. This year, Wadhwa and Sala are two of the 62 members chosen to join the 2019 class of fellows.

“AGU Fellows are recognized for their outstanding contributions to scholarship and discovery in the earth and space sciences," said Eric Davidson, AGU president. "Their work pushes the limits of human knowledge by helping to understand better the complex world and universe around us and to build the knowledge base for a more sustainable future. The rich diversity of disciplines and career backgrounds of this year’s fellows is evidence of the great scholarship, depth and breadth of knowledge, and profound scientific curiosity of AGU’s global membership of more than 60,000. We are pleased to recognize and honor the newest class of fellows for their significant and lasting contributions to the earth and space sciences.”

The evolution of the solar system “I am incredibly honored, but this really is a recognition of the wonderful students, lab personnel, colleagues and collaborators that I have been fortunate to work with,” said Wadhwa, who, for more than a decade, also directed ASU’s Center for Meteorite Studies prior to her appointment as SESE's director.

Wadhwa has roles on two missions currently in flight. She is a collaborating scientist on the Sample Analysis at Mars instrument on the Mars Curiosity Rover and a science team member on the Japanese Hayabusa2 sample return mission to asteroid Ryugu.

Besides the robotic explorations, back on Earth, Wadhwa has been on two Antarctic expeditions hunting meteorites. (She calls them the highlights of her field geology career.) Antarctica is the best place to find meteorites. Its dry, cold climate perfectly preserves the asteroid fragments that crash to Earth. Ice sheets corral them into areas where they’re relatively easy to collect, and winds screaming across the surface expose buried specimens.

Asteroid 8356 has been named 8356 Wadhwa in recognition of her contributions to meteoritics and planetary science. Arid ecosystem researcher Osvaldo Sala, a Regents Professor in the School of Life Sciences, has been elected to the 2019 class of the American Geophysical Union Fellows.

Drylands account for 40% of the Earth’s surface. They are home to 30% of the people, including some of the most vulnerable, and half of the world’s livestock. About 35% of terrestrial carbon is fixed in drylands.

"I feel honored and humbled to be among AGU Fellows who encompass excellence in so many fields of study," said Sala, who serves as the Julie A. Wrigley Chair, Regents and Foundation Professor and founding director of the Global Drylands Center at ASU.

Sala has spent more than 35 years studying the driest places on Earth: the Patagonian steppe, the annual grasslands of California, the Kalahari in southern Africa, the Loess Plateau in China and the Chihuahuan Desert in New Mexico. His publications are among the most cited in the fields of ecology, sustainability and biology. He has more than 200 publications and 40,000 citations. Sala's day-to-day work focuses on drylands that range from deserts to grasslands and savannas. He uses field experimentation together with mathematical models in his quest to provide the necessary knowledge to achieve drylands sustainability, which is essential to achieve global sustainability.

“Professor Sala is an international expert in the ecology of global drylands, and his knowledge is invaluable as at this critical time where these natural habitats face threats from changes in climate and increased development,” said Kenro Kusumi, director and professor at the School of Life Sciences. “We are proud that his achievements and service to the scientific community have been recognized with this highest honor from the American Geophysical Union.”

Sala’s research interests include several topics, from the functioning of arid ecosystems to ecosystem services and biodiversity, and encompass several scales from local to global. Climate change will affect arid ecosystems primarily through changes in water availability.

At the global scale, he has developed scenarios of biodiversity change for the next 50 to 100 years. He is particularly interested in working with scenarios as a way of simplifying, understanding and communicating the complex relationships that emerge from the study of social-ecological systems.

The fellows were chosen by the AGU’s Honors and Recognition Committee and the Union Fellows Committee. At this year’s Honors Tribute, to be held Wednesday, Dec. 11, at the Fall Meeting 2019 in San Francisco, AGU will celebrate and honor the exceptional achievements, visionary leadership, talents and dedication of 62 new AGU Fellows.