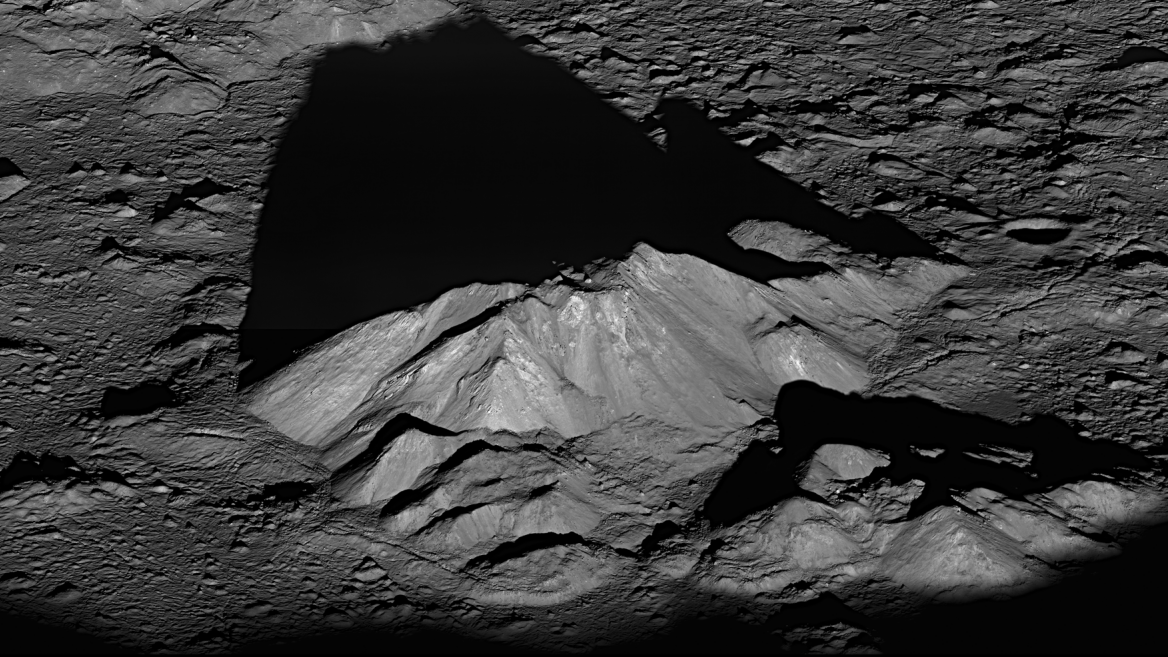 A decade ago, an Atlas V rocket blazed across a bright and clear Florida sky to mark the 21st century's first major lunar rendezvous. Onboard was a very special payload, the Lunar Reconnaissance Orbiter (LRO). The mission would be one small step to return humans to the moon.

"The LRO came out of the return to the moon initiative, which was a vision for space exploration announced by then President (George W.) Bush, said Mark Robinson, Arizona State University professor in the School of Earth and Space Exploration. "This was shortly after the Columbia accident, and NASA was reassessing — what are we doing, where are we going?"

"At that point in time, around 2003 and 2004, the shuttles were approaching 25 years in age, and they knew they had to rethink what NASA was doing. The space station was under construction, the shuttles were getting old, and at the time, the Bush administration pushed NASA and Congress to return to the moon."

The main idea was to survey the moon with the instruments onboard the LRO, gathering critical data to support humans' first return to the moon since the 1970s. Each LRO instrument was manned by a team to scan the lunar surface for new insights on where to go first.

"It was very exciting," Robinson said. "It was kind of like going back to Apollo after doing the shuttle. And NASA was charged with making a new heavy launch vehicle that could put enough mass in lower Earth orbit to get astronauts to the moon. We had to do a new rocket and new spacecraft to get to the moon. But at this time, it wasn’t just to the moon. It was to the moon and then to Mars. That was called the Constellation Program."

Tucked onboard the maiden 2009 voyage of the LRO, along with six other sophisticated science instruments, was the ASU-led eyes of the orbiter, called the Lunar Reconnaissance Orbiter Camera (LROC).

"The LRO is the spacecraft that LROC got a ride to the moon on," said Robinson, the lead LROC scientist whose proposal was chosen by NASA. Robinson thought part of the ASU proposal success was to give NASA more bang for the buck by including more than one kind of camera.

"LROC sounds like one camera, but it’s actually three cameras," Robinson said. "There are two identical narrow angle cameras which are very high resolution. We can actually see the tracks left behind by the astronauts, to give you a feel for what high resolution means. There another small camera, called the wide angle camera, and it images the moon, with each pixel about the size of a football field. It pictures the moon in seven different colors: two UV bands and then five visible bands. From that, we’ve mapped out mineral abundance and learned a lot about ages of the surface of the moon."

With a near and far-ranging view of the moon, once in its comfortable orbit (30 miles from the surface at 3,600 mph!), the LROC team could snap away to their heart's content. The very first images were published on July 2, 2009, marking its 10th anniversary this summer. It would be the first of more than a million images taken and carefully curated by the team, with a huge outreach effort to make them available for the public to explore on the LROC website. Among the site's many features are interactive maps of all of the Apollo landing sites.

For Robinson and his LROC team, the mission has coalesced and culminated scientific career interests in lunar exploration, geology and remote sensing — and given them back far more than they may have first anticipated.

He and his team have used LROC to retrace mankind's first steps on the moon and have seen grand vistas, huge impact craters, ancient lava flows and evidence of icy deposits across its pockmarked surface. They have seen thousands of georgeous, high-resolution images, mapped future human and robotic landing sites and revealed images so stunning that they’ve been displayed in museums across the nation, from local hipster First Friday art galleries to the Smithsonian Institute.

Tom Watters, curator of a 2016 Smithsonian Museum exhibit that featured 61 LROC images at the National Air and Space Museum in Washington, D.C., at the time called Robinson “the Rembrandt of capturing just the right kind of lighting.”

Fifty years ago, the world was stunned with images of "Earthrise" taken from Apollo 8 as it slingshotted itself around the dark side of the moon. Seeing our tiny blue dot from a new lunar perspective helped spawn the environmental movement. LROC sees 12 Earthrises every day.

They have seen more features on the far side of the moon, which is a completely different world geologically from our daily view from Earth of the nearside. Unlike the nearside, on the far side there are no maria, the seas of smooth basaltic rock (such as the famous "Sea of Tranquility" where Apollo 11 landed) made from ancient lava flows. Instead, the far side is chock-full of battered, highlands crusts, marring jolts of huge impact craters and deep canyons from a mysterious impact long ago.

Some of these areas remain permanently shadowed, which Robinson hopes to overcome with a next-generation instrument called Shadowcam. It is approximately 200 times more sensitive than the current narrow-angle LROC camera and will allow scientists to see these regions surrounding the moon's poles, which are hydrogen-rich regions thought to be covered with ice pockets tucked deep inside the craters.

With more than 60 space agencies worldwide now, they're also excited to join forces to aid each new lunar endeavor. More recently, they've been tracking the progress of the Chinese rover Yutu, as it tracks along the surface. But they've also seen their share of failure. They were the first to see images of the Israeli lander Beresheet, which was lost when it crashed into the moon.

"Yeah, we found its impact site," said Robinson. "That’s how good our resolution is, we can actually see spacecraft landing on the surface. But unfortunately, we imaged an impact scar.

"Along the sames lines of impact scars on the moon, since we have been in orbit for 10 years, we’re able to retake pictures. The reason is because impact craters are always forming on the moon. So far, we have discovered 500 new impact craters. The biggest one is about the size of a football field. We have also discovered tens of thousands of smaller ones. These are splotches from when bigger craters form because we find them in clusters and they are aligned pointing back to some of these newer craters we found."

Despite more than a million images taken, Robinson still revels in what his LROC team can reveal on a daily basis. And now, 10 years later, the discoveries made from LRO, and what ASU's LROC has seen, may very well pave the way to return again with the first 21st century human exploration of the moon, Mars and perhaps even further beyond before the century closes.

Recently, with NASA and commercial endeavors like Blue Origin revealing big plans to return to the moon as early as this coming decade, Robinson is hoping ASU will continue to play a major role being the watchful eyes from above to propel the next generation of human and robotic exploraton.

"Your big constraint whenever you are on the moon, or if you are on Mars — it doesn’t really matter — is the amount of time you have. And it’s precious. Because you’ve got only so much oxygen, only so much power, and you can only stay for a certain amount of time, and so you want to be as efficient as possible. And that was really the goal of LROC, where can we go to do science, and also look for ore bodies.

"We are really trying to determine the best place to land. Then we can use the incredible, high-resolution of the narrow angle camera to actually pick where to land safely and how to get to a landing site from a rover to the more interesting areas both safely and using the least amount of fuel."

In the 20th century, it took 66 years to go from the first flight of the Wright brothers to the moon landing. And perhaps, this century, we will witness space tourism and human moon travel making that same giant leap.

"It’s really amazing," Robinson said. "The original mission was only supposed to last for 3 years, and now we are in our 10th year, and we are still returning incredibly useful science data."