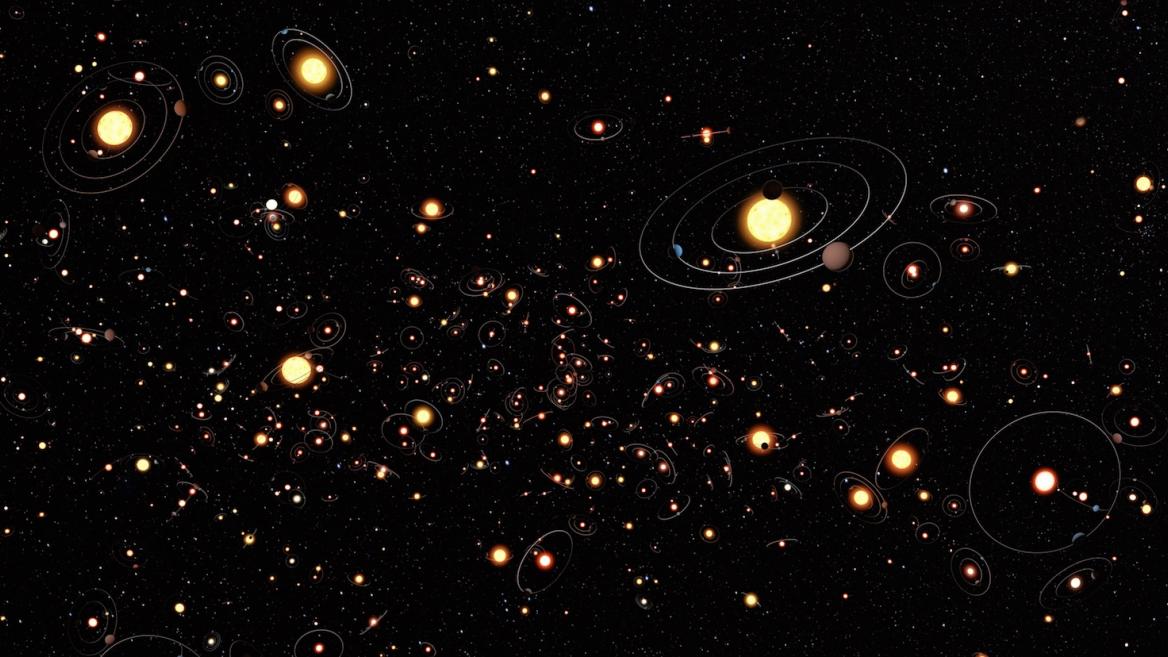 Inspired by movie streaming services such as Netflix or Hulu, an astrophysicist at the Southwest Research Institute developed a technique to look for stars likely to host giant, Jupiter-sized planets orbiting stars outside our solar system. She developed an algorithm to identify stars likely to host giant exoplanets based on the composition of stars already known to have planets.

"My viewing habits have trained Netflix to recommend sci-fi movies I might like — based on what I've already watched. These watched movies are like the known star-exoplanet systems," said Natalie Hinkel, a planetary astrophysicist at SwRI and former Arizona State University graduate student. "Then the algorithm looks for stars with yet-undetected planets — which are comparable to movies I haven't watched — and predicts the likelihood that those stars have planets."

Hinkel was joined in the work by a team that included Cayman Unterborn, postdoctoral research scientist at ASU's School of Earth and Space Exploration. Other members of the team included Stephen Kane of the University of California Riverside, and Garrett Somers and Richard Galvez of New York University. Their results will published in an forthcoming issue of the Astrophysical Journal.

Just as a cake recipe includes some basic ingredients, stars need certain elements to make giant planets. Scientists can use spectroscopy, or the way that light interacts with atoms in the star’s upper layers, to measure a star’s composition, which includes materials such as carbon, magnesium and silicon. These elements are the ingredients for making planets, because stars and planets are made at the same time and from the same materials. However, while there are a lot of ingredients in your kitchen, not all of them belong in a cake. This is where the movie-streaming algorithm comes in, predicting planets based on the elements in stars.

"We found that the most influential elements in predicting planet-hosting stars are carbon, oxygen, iron and sodium," Hinkel said. "The funny thing was that we were not expecting sodium to be a key ingredient for predicting a planet. But it must be an important link between stars and planets, because it kept popping up, even when looking at different combinations of elements."

Said Unterborn, "Understanding which elements are important for planet formation can inform us of the potential composition of the planets themselves. By seeing if 'planet-likely' stars have, for example, relatively larger amounts of iron but relatively less magnesium, this may be telling us that planets tend to fall into compositional categories."

Hinkel used the Hypatia Catalog, a publicly available stellar database she developed, to train and test the algorithm. It’s the largest database of stars and their elements for the population within 500 light-years of our sun. At last count, Hypatia had stellar element data for 6,193 stars, 401 of which are known to host planets. The database also catalogs 73 stellar elements from hydrogen to lead.

The algorithm, which will be publicly available, has looked at more than 4,200 stars and assessed their likelihood of hosting planets, based solely on the elements within the star. In addition, the team looked at different combinations of those elements to see how they influenced the algorithm.

Hinkel’s team identified around 360 potential giant planet host stars that have more than a 90% probability of hosting a giant exoplanet.

“We were excited, so we used archival telescope data to search for any signs of planets around these likely host stars,” Hinkel said. “We identified possible Jupiter-sized planets around three stars predicted by the algorithm!”

When asked about how reliable her algorithm is, she explained that “we don’t have any true-negatives in our data — that is, stars that we know don't have planets — so we hid some known planet-hosting stars in the data to see what their prediction score would be like. On average they scored more than 75%, which is great! That’s probably a higher average than me liking the sci-fi movies Netflix picks for me.”

Said Unterborn, "Our solar system is but a tiny sliver of the compositional space possible for planets, so by narrowing it down even slightly, we can explore the wide diversity of planets with a bit more guidance."

This research and the Hypatia Catalog were partially supported by NASA's Nexus for Solar System Science research coordination network.