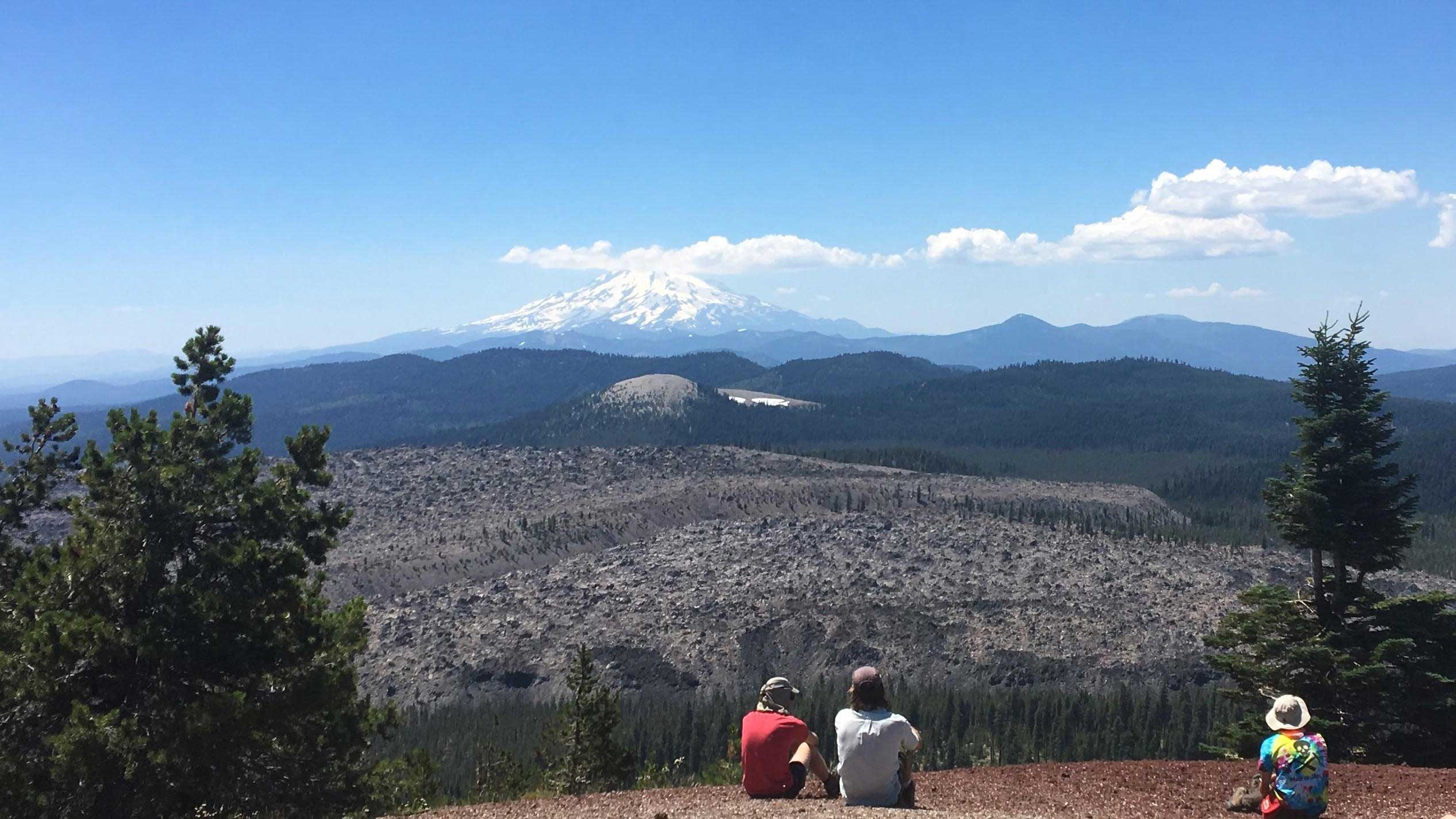 The string of volcanoes in the Cascades Arc, ranging from California’s Mount Lassen in the south to Washington’s Mount Baker in the north, has been studied by geologists for well over a century. Spurred on by spectacular events such as the eruption of Mount Lassen in 1915 and Mount St. Helens in 1980, scientists have studied most of the Cascade volcanoes in detail, seeking to work out where the magma that erupts comes from and what future eruptions might look like.

However, mysteries still remain about why nearby volcanoes often have radically different histories of eruption or erupt very different types of magma. Now scientists would like to find out why — both for the Cascades and for other volcanic ranges.

In a perspective article published recently in Nature Communications, a team of scientists led by Arizona State University School of Earth and Space Exploration geologist Christy Till proposes a reason for these differences in eruption behavior and argue for more “synthesis” research looking at the big picture of volcanology to complement the myriad research efforts looking at single volcanoes.

“Worldwide, almost a billion people live in areas at risk from volcanic eruptions,” said Till. “We are trying to understand what causes these different eruption behaviors to better protect the people who live close to volcanoes and better forecast future volcanic behavior.”

In addition to Till, the team includes scientists Adam Kent of Oregon State University, Geoff Abers of Cornell University, Helen Janiszewski of the Carnegie Institution for Science, Jim Gaherty of Columbia University and Brad Pitcher of Vanderbilt University.

For this study, the research team wanted to find out why are there are different types of volcanoes erupting different compositions of magma in different amounts and frequencies. They also wanted to determine why volcanoes in the Cascades Arc are so different from one another, even though they share the same tectonic processes.

To do so, they used data from huge geochemical databases that combine results from decades of studies of different kinds of rocks from around the world.

“If you look at the geology of a volcano, you can tell what kind of eruption is most likely to happen,” said co-author Kent. “Mount Hood, for example, is known to have had quite small eruptions in the past, and the impact of these is mostly local. Crater Lake, on the other hand, spread ash across much of the contiguous United States. What we would like to know is why one volcano turns out to be a Mount Hood while another develops into a Crater Lake, with a very different history of eruptions. This requires us to think about the data that we have in new ways.”

One of the challenges the team faced in using these data sets is that they needed to be filtered for quality and sampling bias. Knowing that the data sets were not necessarily equally representative of all rocks in one place, co-authors Kent and Pitcher spearheaded a statistical method to correct the data set for this bias.

They also determined that they could use a common variable, in this case heat, to try to link different sets of data and compare them more directly.

The team’s first discovery, using these worldwide geochemical databases and specific statistical methods, was that different amounts of magma are being generated beneath the volcanoes within the Cascades volcanic arc.

They also learned that the storage of these different amounts of magma in the Earth’s crust leads to different properties of the crust, like the speed at which earthquake waves travel through them and how hot the crust is.

“The study of volcanoes is fascinating in detail, and it has largely been focused on research into individual volcanoes rather than the bigger picture,” said Kent. “We now have the insight and data to go beyond looking at just Mount St. Helens and other well-known volcanoes. We can take a step back and ask why Mount St. Helens is different from Mount Adam and Mount Hood.”

Through these findings and methods, the researchers hope that other volcano researchers will try not only to understand how individual volcanoes work, but also investigate what produces the different type and frequency of eruptions that might occur when looking at a range of volcanos as a group.

“There is an amazing opportunity now to look at a much larger scale of questions using these data sets, which didn’t exist before,” explained Till. “We want to motivate scientists to work on these big questions using the data from these types of large databases with a similar statistical approach.”

The Oregon State University communications team contributed to this story.

Top photo: Students working with Christy Till look out at Mount Shasta while sitting at Medicine Lake Volcano in the Southern Cascades. These two volcanoes have markedly different shapes and eruption styles and they erupt markedly different compositions, yet they are formed by the same overarching tectonic processes. Photo by Christy Till/ASU