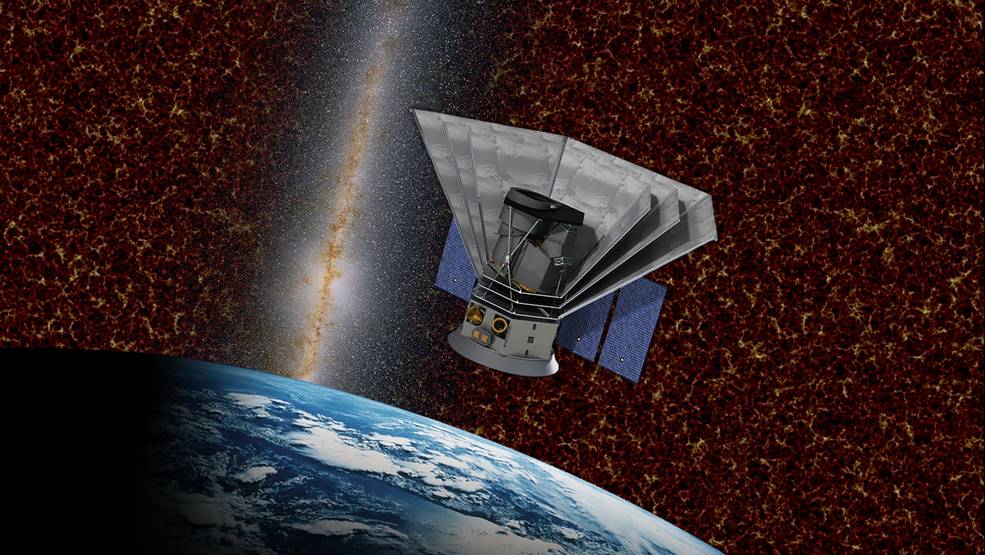 NASA has selected a new space mission that will help astronomers understand both how our universe evolved and how common are the ingredients for life in our galaxy’s planetary systems.

The Spectro-Photometer for the History of the Universe, Epoch of Reionization and Ices Explorer (SPHEREx) mission is a planned two-year mission funded at $242 million (not including launch costs) and targeted to launch in 2023.

SPHEREx will survey the sky in optical as well as near-infrared light, which — though not visible to the human eye — serves as a powerful tool for answering cosmic questions. Astronomers will use the mission to gather data on more than 300 million galaxies, as well as more than 100 million stars in our own Milky Way.

The spacecraft has a small-aperture telescope with a wide field of view to survey the entire sky every six months in orbit. Mauskopf will play a key role in defining and optimizing the survey strategy, and he will participate in the data-processing pipeline development. He will also help identify and characterize clusters of galaxies in the survey data.

“The SPHEREx project is super exciting to me because it has so much potential for new discoveries and lasting impact,” said Mauskopf. “The wide field of view of the SPHEREx telescope is unprecedented for an optical or near-infrared space mission and is the key to enabling the all-sky survey.”

Windhorst’s role in SPHEREx is to identify the best clusters of galaxies in the last 5 billion years that can be used for gravitational lensing studies by the James Webb Space Telescope (JWST) that is planned to launch in 2021 and will overlap with, and stretch possibly well beyond, the SPHEREx mission duration.

“The launch of SPHEREx will provide the perfect target list for JWST because SPHEREx will select objects all across the sky based on their true colors and distances or redshifts, rather than using imaging alone,” said Windhorst. “SPHEREx will allow us to view the universe through ‘rainbow-colored’ glasses. The unique SPHEREx data should also make for a beautiful movie on a very colorful journey through cosmic time.”

Windhorst, who is a Regents’ and Foundation Professor and co-director of the Cosmology Initiative at ASU, will also be involved in using the SPHEREx data to measure the faint glow of the "extragalactic background light" that comes from all galaxies in the universe, which will provide direct constraints to the process of galaxy formation as it unraveled over cosmic time.

“The all-sky SPHEREx survey will be like having Google Sky in nearly 100 (infrared) colors, and a factor of a million fainter than what the unaided eye can see at visual wavelengths,” said Windhorst. “SPHEREx will provide a unique panchromatic view of the universe that large-area imaging surveys alone cannot provide.”

SPHEREx will survey hundreds of millions of galaxies near and far, some so distant their light has taken 10 billion years to reach Earth. In the Milky Way, the mission will search for water and organic molecules — essentials for life, as we know it — in stellar nurseries, regions where stars are born from gas and dust, as well as disks around stars where new planets could be forming.

“I’m really excited about this new mission,” said NASA Administrator Jim Bridenstine in a statement. “Not only does it expand the United States’ powerful fleet of space-based missions dedicated to uncovering the mysteries of the universe, it is a critical part of a balanced science program that includes missions of various sizes.”

Every six months, SPHEREx will survey the entire sky using technologies adapted from Earth satellites and Mars spacecraft. The mission will create a map of the entire sky in 96 different color bands, far exceeding the color resolution of previous all-sky maps. It also will identify targets for more detailed study by future missions, such as NASA’s James Webb Space Telescope and Wide Field Infrared Survey Telescope.

"This amazing mission will be a treasure trove of unique data for astronomers,” said Thomas Zurbuchen, associate administrator for NASA’s Science Mission Directorate in a statement. “It will deliver an unprecedented galactic map containing ‘fingerprints’ from the first moments in the universe’s history. And we’ll have new clues to one of the greatest mysteries in science: What made the universe expand so quickly less than a nanosecond after the big bang?”

NASA's Astrophysics Explorers Program requested proposals for new missions in September 2016. Nine proposals were submitted, and two mission concepts were selected for further study in August 2017. After a detailed review by a panel of NASA and external scientists and engineers, NASA determined that the SPHEREx concept study offered the best science potential and most feasible development plan.

The mission’s principal investigator is James Bock of the California Institute of Technology in Pasadena, California. Caltech will work with NASA’s Jet Propulsion Laboratory (JPL) to develop the mission payload. JPL will also manage the mission.

The program has launched more than 90 missions, beginning in 1958 with Explorer 1, which discovered the Earth’s radiation belts. Another Explorer mission, the Cosmic Background Explorer, which launched in 1989, led to a Nobel Prize.