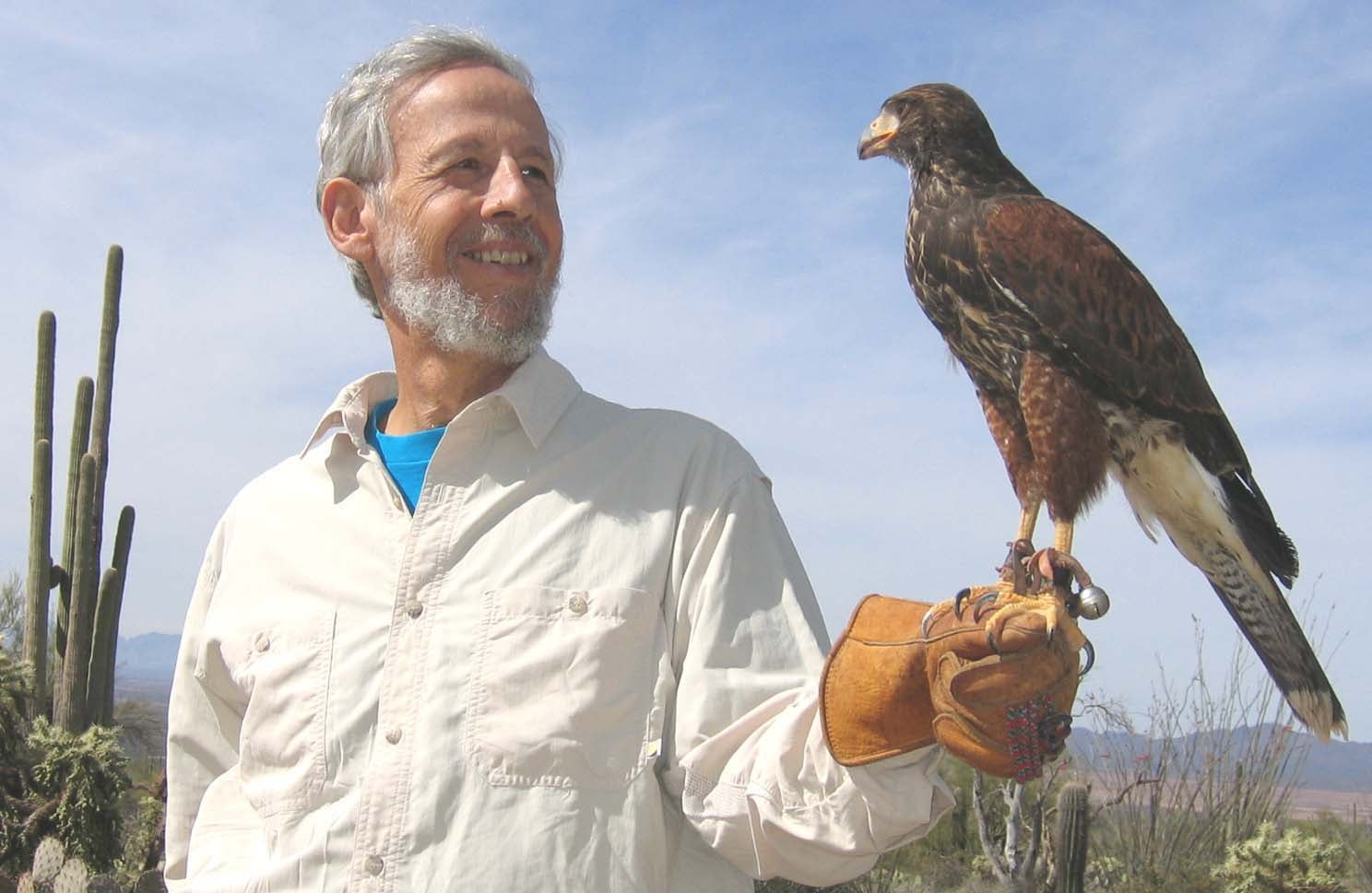 The 2019 Roebling Medal, the highest award of the Mineralogical Society of America for outstanding original research in mineralogy, is being awarded to Arizona State University Regents’ Professor Peter Buseck, who holds joint faculty appointments in the School of Molecular Sciences and the School of Earth and Space Exploration.

“Peter Buseck and his group are widely known for their research in solid state geochemistry and mineralogy, geochemistry and cosmochemistry, as well as atmospheric geochemistry,” said Professor Neal Woodbury, director of the School of Molecular Sciences. “They pioneered the use of transmission electron microscopy to study minerals, meteorites and aerosol particles at close to the atomic scale. Peter’s award is great news and highly appropriate. He is an inspiring colleague whose wide range of original and sometimes provocative findings has given our school high stature in the geochemical and mineralogical fields. I am very happy to see him recognized with this prestigious award.”

Buseck received several nominations for this award, including from Michael Hochella, who is a University Distinguished Professor and the director of the Virginia Tech National Center of Earth and Environmental Nanotechnology Infrastructure. Hochella stated in his nomination letter that, "Peter is one of the most influential electron microscopists in the world — atmospheric, continental and meteorite communities — with the broadest applications and scientific reach.”

Another nominator is former postdoctoral student and colleague Mihály Pósfai, who is a member of the Hungarian Academy of Sciences and currently a professor at the University of Pannonia in Hungary.

“Peter has been active for more than 46 years in mineralogy, and his contributions to our science are tremendous,” Pósfai said. “He pioneered the use of transmission electron microscopy techniques for solving problems in Earth sciences. Throughout his career he managed a large group of talented researchers at ASU who produced many groundbreaking results.”

In addition to the Roebling Medal, Buseck has won the ASU Graduate College Outstanding Graduate Mentor Award and has been named a Graduate College Distinguished Research Fellow. He has had visiting appointments at Oxford and Stanford Universities, the University of Paris (VI, VII), and Harvard University. He was assistant to the director of the U.S. National Science Foundation in 1994–95. He is a fellow of the American Association for the Advancement of Science, the Geological Society of America, the Meteoritical Society and the Mineralogical Society of America. He is a Regents’ Professor and a sustainability scientist.

“Regents' Professor Peter Buseck has a wonderful and sustained history of scientific achievement in mineralogy,” said Ramon Arrowsmith, School of Earth and Space Exploration deputy director. “He and his research group have produced many highly cited papers and led influential investigations. This award is highly deserved.”

The medal is named in honor of Colonel Washington A. Roebling (1837–1926), an engineer, bridge builder, mineral collector and significant friend of the society. A fund was established and annual additions were made to it from the treasury until the amount was sufficient to make the first award, in 1937.

“I am honored to be recognized by my colleagues and to have made a significant impact on the science in my field,” Buseck said. “Much of the credit is shared with my former students, postdoctoral associates and visiting scientists.”

The Roebling Medal is the highest award of the Mineralogical Society of America for scientific eminence as represented primarily by scientific publication of outstanding original research in mineralogy. The science of mineralogy is defined broadly for purposes of the Roebling Medal, and a candidate need not qualify as a mineralogist; rather his or her published research should be related to the mineralogical sciences and should make some outstanding contribution to them. Service to mineralogy, teaching and administrative accomplishment are not to be considered primary merit for the award. The nomination needs to be supported by the nominee’s published work. The award is not restricted to U.S. citizens. Nationality, personality, age of candidate or place of employment shall not be considered for the award; however, current members of MSA Council are not eligible to be considered for the award.