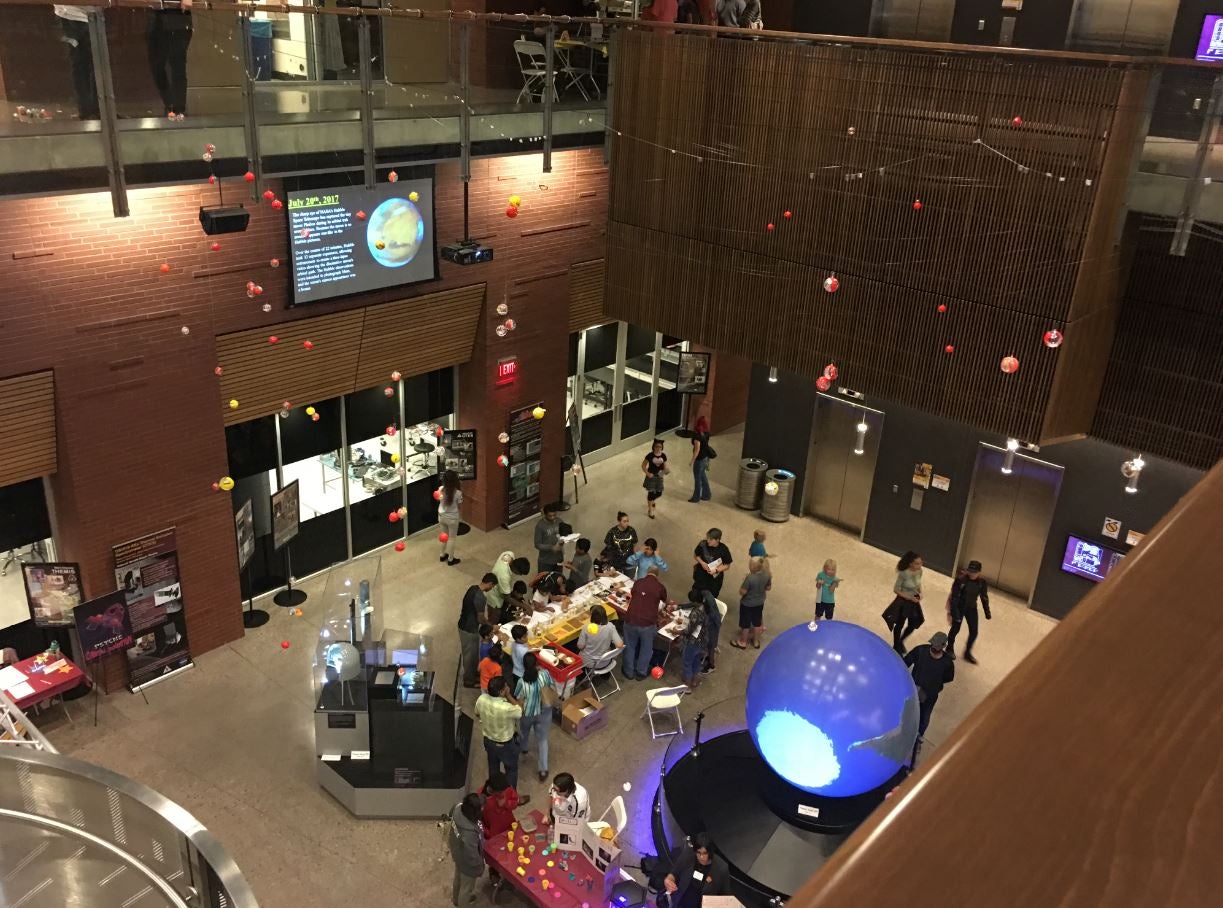 Our Milky Way Galaxy has hundreds of billions of stars and is more than 100,000 light-years across. So how do you pick your favorite star? Arizona State University's School of Earth and Space Exploration may be able to help.

A new art installation, located in the school’s Tempe campus headquarters in Interdisciplinary Science and Technology Building IV, depicts our solar neighborhood and includes 66 of the nearest stars to the sun, including the sun itself. The exhibit also includes the Alpha Centauri system, Sirius, Altair and Procyon.

The exhibit is the brainchild of Steve Desch, an astrophysicist with the School of Earth and Space Exploration. He was looking for a way to convey our place in space and show the solar system in three dimensions.

“The aim of the exhibit is to provide an intuitive, visual representation of what stars look like and how near or far they are to each other,” Desch said. “If you didn’t know how close Luyten's star is to Procyon, this is your chance to see for yourself!”

The exhibit is the completion of a "STEAM" (science, technology, engineering, arts and math) project as part of the ASU-led and NASA-funded Nexus for Exoplanet System Science program, or “ASU-NExSS” for short. Desch, who is the principal investigator for ASU-NExSS, leads a team of astrophysicists, geophysicists, biologists and astrobiologists to help devise a strategy for looking for life on exoplanets around other stars.

The new art exhibit, which hangs in the building’s Gallery of Scientific Exploration, was created with the help of visitors to the school’s recent Earth and Space Exploration Day. Participants were assigned a specific nearby star and given information about it, then they decorated and personalized a plastic globe representing the star. Many of the stars are quickly seen to be part of double or even triple star systems. Each star is decorated with the actual color of the star. There are three blue stars, each of which is a well-known, bright star in the sky (Sirius, Altair, Fomalhaut). But most are red, and only a few are yellow like the sun. Each star was then expertly arranged nearly exactly as it would be in space.

“Amazingly, and appropriately for our ASU-NExSS project, although these are the 49 closest stellar systems, at least 8 of them are known to have exoplanets,” Desch said.

The exhibit will be on display through January 2019 in the Interdisciplinary Science and Technology Building IV. The building is open to the public from 9 a.m. to 5 p.m. Monday–Friday and from 1 to 4 p.m. Saturday. To learn more about stars, our solar system and the universe, visitors may also want to visit the building’s Marston Exploration Theater for a 3D planetary show.