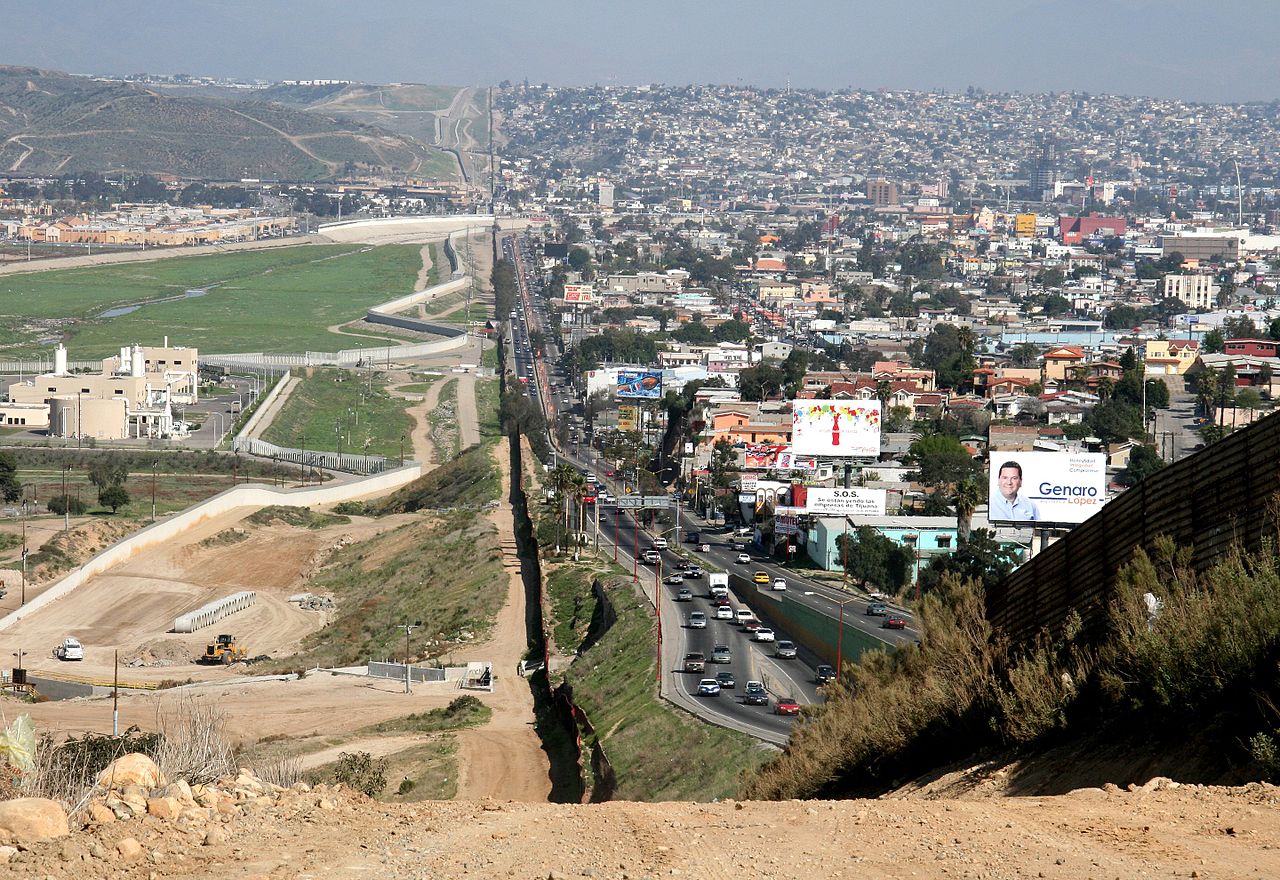 How NAFTA created an impending crisis in Mexico

Red-tailed hawks can live to be up to 20 years old. If a fledging had caught a thermal in 1994 and spent the next two decades aloft above the U.S.-Mexico border, it would have witnessed some startling changes:

Mexican border cities like Ciudad Juarez and Tijuana ballooning as thousands streamed north to work in maquiladora factories, assembling products like garage door openers to be sold in the U.S. and Canada.

What would not be visible from the air is the depletion of Mexican groundwater to grow the fruits and vegetables sent north.

The North American Free Trade Agreement was intended to erase barriers to trade and investment between Canada, Mexico and the United States, allowing goods to circulate freely.

However, 24 years after it came into force, the economics of the deal have had a profound effect on land use along the U.S.-Mexico border, according to a study by a quartet of Arizona State University professors published this month.

Between 1992 and 2011, the period covered in the study, regional land and water use partially re-oriented around the needs of American cities, leading to crop-to-urban conversions and water savings in the U.S., while agricultural and urban expansion in Mexico resulted in aquifer exploitation and reduced river flows.

The stark contrast of unintended consequences on either side of the border in the land use over the two decades surprised lead author Ted Bohn.

“There’s an incentive in the U.S. to convert irrigated cropland to cities to save water,” said Bohn, a research scientist in the School of Earth and Space Exploration. “Planners in Arizona counted on this to help them balance their water budget under the Groundwater Management Act. … Because the U.S. is more affluent … (it) can afford to lose some cropland. In all the different factors combined, the U.S. can outsource some of its agriculture to Mexico. That dynamic was interesting.”

Mexico is not really in a position to be taking on the burden of outsourcing fresh fruit and vegetable production, Bohn said. While it’s very profitable, it’s also groundwater-intensive.

“They’re already running out of natural capital,” he said. “It’s a time bomb waiting to go off.”

“We have taken our problems and shipped them across the border,” Vivoni said. “This was very surprising for us. It’s what we call illusory sustainability. It’s only sustainable if you think about your own little box. We’re doing a great job in Arizona, but we live in this broader context.”

An imminent crash is not in the works because aquifer withdrawls are slow.

“These are decadal problems that will come up a few decades from now,” said Vivoni, a professor in the School of Earth and Space Exploration. “There is agriculture where there wasn’t agriculture before to feed new markets.”

There is also a struggle between urban and agricultural water demands in Mexico. The Mexican Constitution states that water is for human populations. “When it comes to a battle between cities and farmers in Mexico, the cities will always win, no matter how big the farming lobby is, because it’s written into the constitution,” Vivoni said.

Before NAFTA, Mexican aquifers were already overallocated and failing. Extra pressure was added on to poorly regulated resources because of economic incentives.

“It’s all fine and good to have lowering of trade barriers, but it removed a barrier that was helping Mexico be a little more sustainable in its land and water management,” Bohn said. “It enabled the outsourcing of environmental problems from the U.S. to Mexico because there was no real strong environmental component to NAFTA.”

NAFTA was the big change over the past 20 years.  Before the agreement, it was a quiescent border in terms of trade. Now, both sides of the border have urbanized heavily.

Ciudad Juarez, Tijuana and Nogales weren’t that big before NAFTA. Now they are megacities, driven by the maquiladoras. Cities, of course, use water much more efficiently than agriculture. Mexican cities have much higher population densities than American cities, but they use much less water because there’s much less landscaping and fewer swimming pools, lawns and parks.

The U.S. created megacities away from the border: Phoenix, Los Angeles and Dallas, among others.

“These U.S. cities are in essence being able to expand without so much concern about their water rights because the agricultural sectors around them are ceasing to exist,” Vivoni said. “They’re replacing ag for urban and they can do that because there are other sources for food, whether it’s from Mexico or Chile or other parts of the U.S.”

Giuseppe Mascaro, assistant professor in the School of Sustainable Engineering and the Built Environment, and Dave White, director of the Decision Center for a Desert City, Julie Ann Wrigley Global Institute of Sustainability, also contributed to the study, which was published in Environmental Research Letters this month.