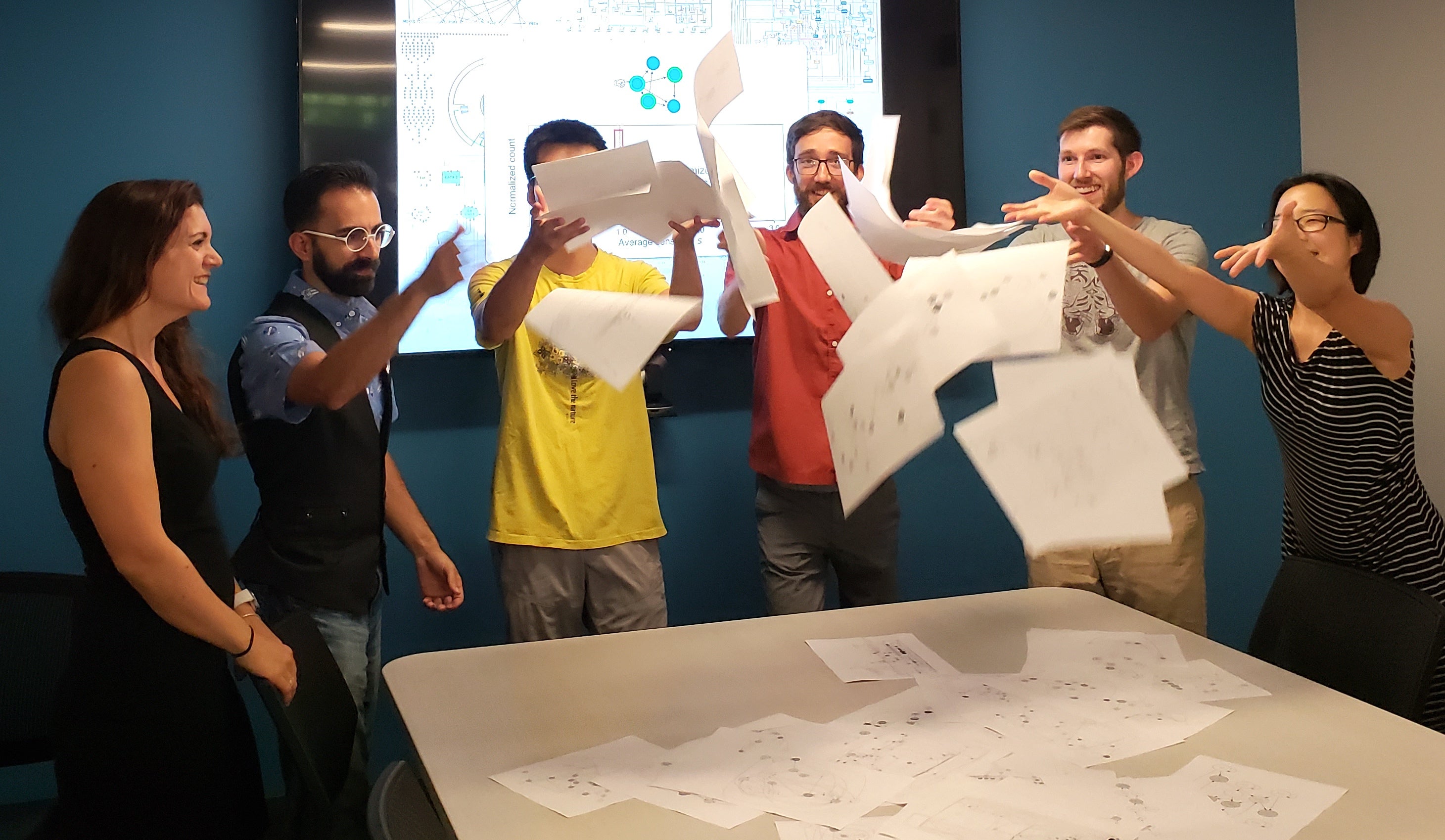 Biologists know a lot about how life works, but they are still figuring out the big questions of why life exists, why it takes various shapes and sizes and how life is able to amazingly adapt to fill every nook and cranny on Earth.

An interdisciplinary team of researchers at Arizona State University has discovered that the answers to these questions may lie in the ability of life to find a middle ground, balancing between robustness and adaptability. The results of their study were recently published in Physical Review Letters.

The importance of stability

The research team, led by Bryan Daniels of the Center for Biosocial Complex Systems with direction from faculty member Sara Walker of the School of Earth and Space Exploration, sifted through data to better understand the root connections among 67 biological networks that describe how components of these systems interact with one another. The biological networks are sets of individual components (like proteins and genes) that interact with one another to perform important tasks like transmitting signals or deciding a cell's fate. They measured a number of mathematical features, simulating the networks’ behavior and looking for patterns to provide clues on what made them so special.

To perform their study, they examined data from the Cell Collective database. This rich resource represents biological processes across life — encapsulating a wide range of biological processes: from humans, animals, plants, bacteria and viruses. The number of components in these networks ranged from five nodes to 321 nodes, encompassing 6,500 different biological interactions.

And these nodes include many of life’s key building blocks — genes and proteins that act as master switches controlling cell division, communication, growth and death.

Using a wealth of molecular data, scientists can now study the interactions among the building blocks, with an ultimate goal of understanding the key to how life emerges.

“We wanted to know whether the biological networks were special compared to random networks, and if so, how,” Daniels said.

They focused on trying to find a threshold point at which an entire system may change in response to just a small change. Such a change could profoundly upset the balance of life, creating a teeter-totter of fate deciding whether an organism would die or thrive.

“In a stable system, organisms will always come back to their original state,” Daniels explained. “In an unstable system, the effect of a small change will grow and cause the whole system to behave differently.”

Through rigorous testing of the 67 networks, the team found that all of the networks shared a special property: They existed in between two extremes, neither too stable nor unstable.

As such, the team found that sensitivity, which is a measure of stability, was near a special point that biologists call “criticality,” suggesting that the networks may be evolutionarily adapted to an optimal tradeoff between stability and instability.

Life in the balance

Previous studies have shown that a handful of biological systems, from neurons to ant colonies, lie in this middle ground of criticality and this new research expands the list of living systems in this state.

This can be of particular interest to astrobiologists like co-author Walker, who is searching for life on other planets. Understanding how life can take various forms, and why it does so, may help identify life on other planets and determine how it might look different from life on Earth. It can also help inform our search for the origins of life in the lab.

“We still don’t really understand what life is,” Walker said. “Determining what quantitative properties, such as criticality, best distinguish life from nonlife is an important step toward building that understanding at a fundamental level so that we may recognize life on other worlds or in our experiments on Earth, even if it looks very different than us.”

The findings also advance the field of quantitative biology by showing that, from the basic building blocks of life, scientists can identify a critical sensitivity that is common across a large swath of biology. And it promises to advance synthetic biology by allowing scientists to use life’s building blocks to more accurately construct biochemical networks that are similar to living systems.

“Each biological system has distinctive features, from its components and its size to its function and its interactions with the surrounding environment,” said co-author Hyunju Kim of the School of Earth and Space Exploration and the Beyond Center. “In this research, for the first time, we are able to make connections between the theoretical hypothesis on biological systems’ universal tendency to retain the balance at the medium degree of stability and 67 biological models with various characteristics built on actual experiment data.”

In addition to Daniels, Walker and Kim, the interdisciplinary research team on this study includes co-authors Douglas Moore of the Beyond Center, Siyu Zhou of the Department of Physics, Bradley Karas and Harrison Smith of the School of Earth and Space Exploration, and Stuart Kauffman of the Institute for Systems Biology in Seattle.

This research emerged from a course led by Walker and Kim on complex systems approaches to understanding life, offered at the School of Earth and Space Exploration. Co-authors Karas, Zhou and Smith were originally students in the class when the project began.

“In our class project, the analytic tools and codes to study general dynamical systems were provided, and we gave the option for students to choose any dynamical systems they were interested in,” Kim said. “Students were asked to modify the analysis and codes to study various features of each selected system. As a result, we ended up dealing with many different biological networks, investigating more diverse aspects of those systems, and developed more codes and analysis tools, even after the completion of the class.”

Joe Caspermeyer contributed to this article.