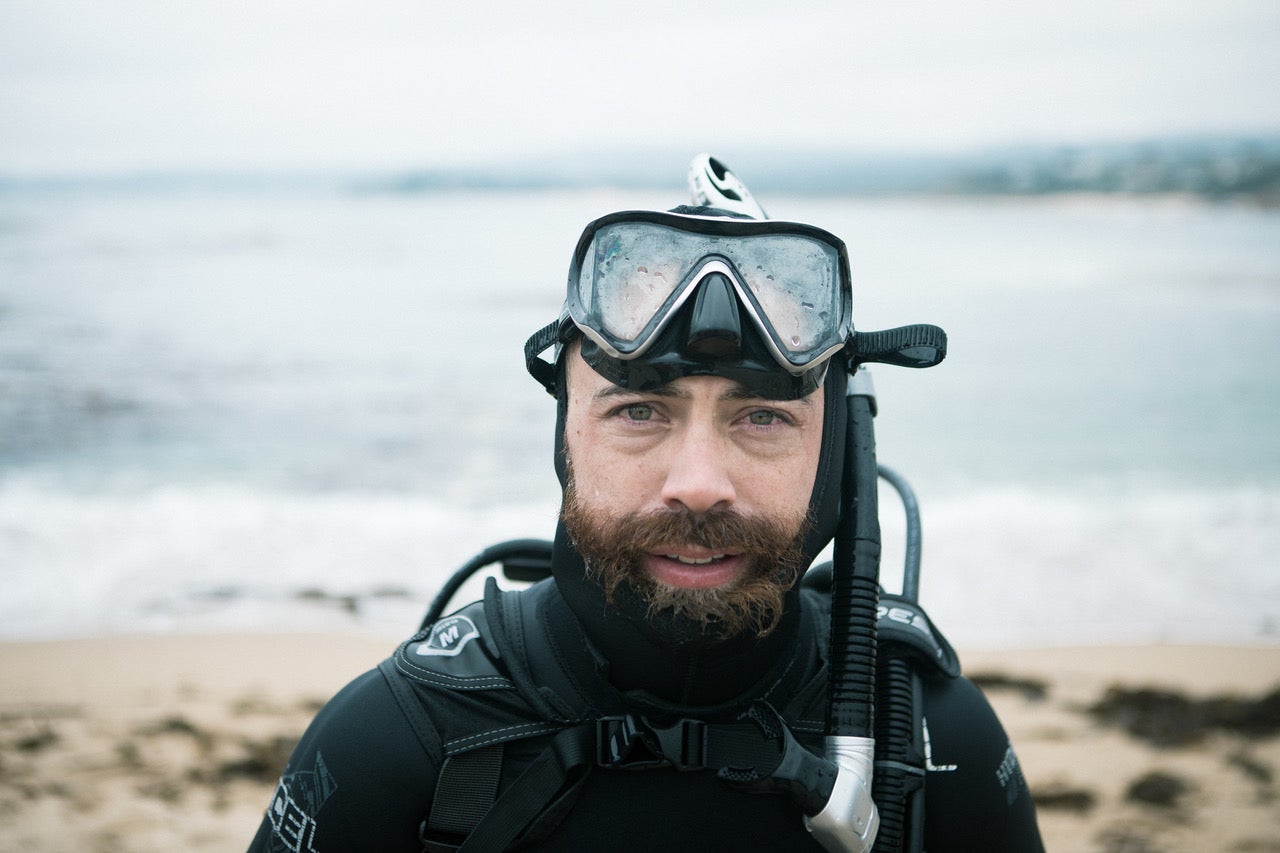 “By the year 2050, there will be more plastic in the ocean than fish. Without the ocean, we wouldn’t have life.”

It’s a powerful opening statement, delivered by Charles Rolsky in the initial sequence of the award-winning commercial “Oceans.” The minute-long segment was produced for Arizona State University and directed by Josh Soskin. At the 2018 regional Rocky Mountain Emmy Awards, held Sept. 22, it won the category of “Commercial – Single Spot.”

“Often times, people just think of colleges in terms of rankings, like the No. 1 in innovation. But there is so much more to our story,” said Jill Andrews, ASU’s managing director of creative services and marketing and executive producer of ASU’s commercials.

“At ASU, we are a community of innovators, each unique and with something special to give to this world. The relationship developed by Charlie and Rolf exemplifies the unique ASU experience — where you are supported and empowered to bring your ideas to light. It is where we pair international-caliber research resources with caring faculty mentors who are there beside you and helping you unlock more than what you even imagined possible. That is why Rolf and Charlie were selected for this piece.”

According to Andrews, Soskin and Grace Jackson “are the creative force that enables us to tell authentic and true stories that have a lot of heart.”

This is their second ASU Emmy, as they also produced the mini documentary “33 Buckets,” which features an ASU engineering student and social entrepreneur Mark Huerta and accompanies a nonprofit organization seeking to provide clean water to developing countries.

Andrews said, “We are working on a new film and hope to have it out in the next few months.”

Rolsky found his role as an “actor” to be quite an adventure.

“The director, Josh Soskin, had a vision for how everything should be carried out,” Rolsky said. “The scientists are really good in the lab, but we really suck at other things, such as any type of creative direction.”

Rolsky said he was thrilled with the creative team’s talent and ability to convey the message of the commercial, thus enabling viewers to realize that the barriers to achievements in science are fewer and more scalable than one might expect.

“Science has a stigma of being really nerdy and lame, but it makes it look really cool, which is what it is most of the time,” Rolsky said. “The crew earned that Emmy in every capacity of that project. It’s one of the most cohesive environments that I’ve ever been a part of.”

Rolsky is a graduate student in the School of Life Sciences. He does his research at the Biodesign Center for Environmental Health Engineering. He’s clear on his goal: “Basically, I’m trying to heal the world’s oceans. That may sound crazy, but being in a place like ASU allows you to take these big leaps.”

Rolsky’s journey at ASU began in 2006 as an undergrad. Despite not being a self-described “straight-A, perfect honor roll” student and changing his degree several times, Rolsky found his niche when he was looking for a PhD adviser and connected with Halden.

“He invests in people, which is very unique and rare in academia,” Rolsky said. “Rolf was really special because when I met with him, he didn’t really care about numbers or anything. He just wanted to know about me.”

The two scientists bonded over having similar research interests and aspirations. Working together at the Biodesign Institute, there is a focus on interdisciplinary research and collaboration, based on the viewpoint that the world’s problems cannot be solved in a vacuum. Practical solutions are rarely produced by solo efforts, as Rolsky notes in the video, and he appreciated Halden’s mindset, which was focused on discovering solutions.

“He’s always looking ahead at big-picture stuff — not only can you isolate a problem, but how do you fix it?” Rolsky said. “You might be able to isolate that something’s going wrong in a certain ecosystem, but that’s only half the battle. The other half is actually remediating it or creating a strategy, so it can get fixed or improved. I’m still learning from him, but those are some of the things that I value highly.”

“We started out by creating a method to identify very, very small plastic particles and study their degradation in different environments,” Rolsky said. “That opened the door for us to collaborate with a lot of different people around the world so we could look at fibers found floating in California waters or looking at bird poop for microfiber pollution.”

Rolsky’s research has shown him the far-reaching effects of widespread plastic pollution, including indications of plastic contamination in seabirds that live “nowhere near humans” and in killer whales.

Most recently, Halden and Rolsky raised awareness about improper disposal of contact lenses and its potential threat to the environment.

The Rocky Mountain Emmy Awards are presented by the Southwest Chapter of the National Academy of Television Arts and Sciences, which is dedicated to honoring excellence in television. It represents television professionals from all disciplines of the industry, serving as a common meeting ground for individuals dedicated to advancing the art and science of television. The Southwest Chapter region serves Arizona, New Mexico, Utah and El Centro, California.