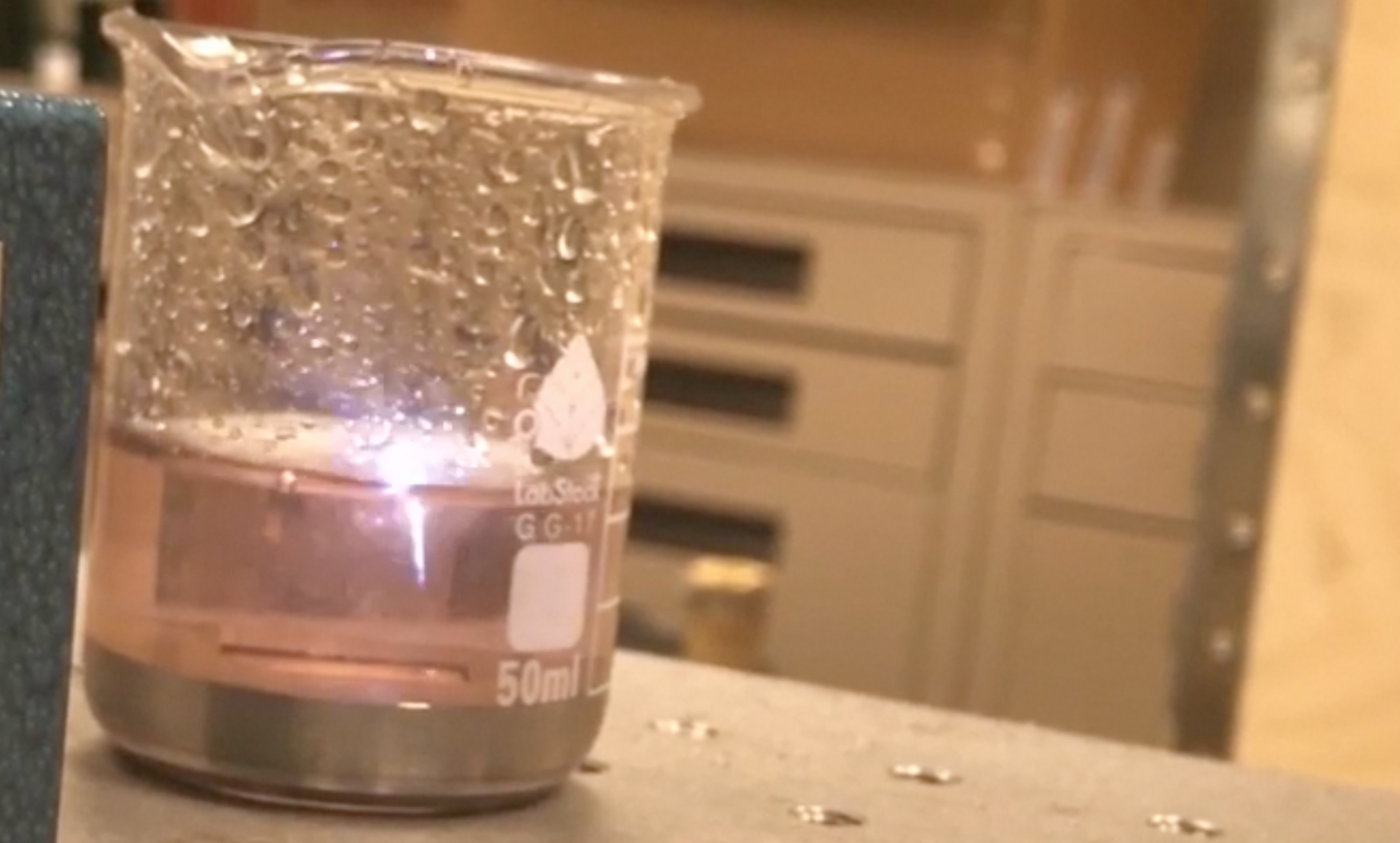 In the 19th century, the German chemist August Kekulé, while enjoying a fireside nap, dreamed of a snake swallowing its own tail to help him solve the elusive structure of the six-carbon compound benzene.

“Let us learn to dream, gentlemen, then perhaps we shall find the truth,” he said of the experience. “But let us beware of publishing our dreams till they have been tested by waking understanding.”

His studies of carbon helped pave the way for discoveries in organic chemistry — the stuff of all life forms.

And Nobel Prizes are still being bestowed on scientists dreaming up new forms of elemental carbon, from soccerball-shaped buckyballs to flat, cardboard sheets of graphene.

“In the last decade, we’ve discovered that’s only the tip of the iceberg in terms of forms of carbon,” said Anne Jones, an Arizona State University associate professor in the School of Molecular Sciences.

Recently, Jones and her team of Peter Buseck, Scott Sayres, Tim Steimle and Tara Pilarisetty received a $1 million award from the Keck Foundation together with additional ASU matching funds to lead an ASU effort to further explore carbon’s potential.

Chemists have more recently dreamed of harnessing the potential of carbon’s next frontier — an exotic yet elusive pure form called carbyne.

Carbyne is a chainlike material proposed to be stronger than diamond, more conductive than copper, and even reportedly found in stardust and meteorites.

But for the past few decades, many scientists have staked various claims of making carbyne in the lab — only to be proven wrong in the waking light of day by the rigorous work of the scientific community, including contributions from ASU Regents’ Professor Peter Buseck.

“If carbyne existed as a solid, which was in vigorous dispute, it would be spectacular since it would be a new carbon allotrope, one predicted to have incredible strength and other remarkable properties,” said Buseck, who has a joint appointment in the School of Molecular Sciences and the School of Earth and Space Exploration.

Pure carbyne is the name given to an infinite chain of alternately single- and triple-bonded carbon atoms. But carbyne is not stable, and as a result, the ASU team doesn't think a pure form can be made in the lab. Image courtesy of Anne Jones, School of Molecular Sciences

“In the 1980s, we published two papers in Science about carbyne, pointing out problems with its existence. These papers attracted the attention of Nobelist Sir Harry Kroto of C60 fame — father of the buckyball — who had long been skeptical about the existence of carbyne."

Buseck, using one of ASU’s powerful transmission electron microscopes, helped provide the first visual proof of the existence of buckyballs. “Because of our work on C60 and carbyne, Kroto and I met at various meetings and became good friends,” said Buseck.

Carbyne is thought to be strong because it is made up of chains of alternating triple and single bonds, giving it great strength. But the triple-bonded carbyne is also very reactive, and not likely to be stable enough to make in the lab.

“What we believe in our ASU group, is it’s impossible to make carbyne and keep it on the bench,” Jones said. “When you have all of those chains next to each other, they just react too fast. You’ll never be able to isolate it.”

Devil in the details

It’s also where the latest carbyne controversy begins. In 2015, a group of Chinese chemists claimed once again to have made the first pure carbyne. A crystal structure of gold-stabilized carbon chains proposed by Tarakeshwar, Kroto and Buseck. The box shows the unit cell of the “pseudocarbyne.” Image by Tarakeshwar Pilarisetty

“We found that the only way to reproduce the results would be if small gold clusters were attached to and stabilized the reported carbon chains,” Buseck said. “The source of the gold was thin films used in their experiments. However, they thought the gold was a passive 'bystander,' whereas we interpreted the results as coming from new materials that we called pseudocarbyne."

Pilarisetty’s calculations provided the initial evidence that gold attachment is the stabilizing agent necessary for pseudocarbyne synthesis, and these results were published in a 2016 paper by Buseck, Pilarisetty and Kroto that led to the proposal to the Keck Foundation.

For Jones and her team, trying to make carbynes in the lab is as futile a pursuit as catching unicorns.

“I’m not going to spend any resources in my lab trying to make the pure carbyne material. The premise of this project is that you are really wasting your time if you are trying to synthesize something that is only carbon. The only way to isolate these carbon-chain materials is stabilized by some other species, and, in our case, the charged species we have chosen to use are small, metal clusters.”

After publication of the 2016 paper, Buseck approached Anne Jones, Scott Sayres and Tim Steimle to try to interest them in the project, to build an experimental team to evaluate the computational predictions of the paper. Sayres and Steimle bring the expertise necessary to make the pseudocarbynes and to use laser-based techniques to define how and what has been made. Jones’s role is to isolate the desired materials from complex mixtures and to define the chemical reactivity of the materials. Buseck will carry out structural elucidation using advanced electron microscopy techniques. Pilarisetty leads the computational and theoretical chemistry work.

They want to understand how the structures are made and characterize the exact chemical recipe — including trying other metals like iron or copper to make compounds with conductive metallic properties, or interesting optical properties for advanced lasers.

“That’s why people are so interested in this material. I would argue that this is an infinitely large class of materials,” Jones said. “And ASU is one of the few places that has the infrastructure where you can look at these things.”

Jones likens the effort to the 15th- and 16th-century ocean explorers, setting sail on an unknown frontier, and likely to encounter many obstacles before making a map for other chemists to follow.

“And so, the initial goals for us are twofold: make stuff to map out the 'here be dragons' part of the map, and then carefully articulate what it actually is. I then think we’ll have an amazing map that other people are going to want to pick up on. There is no question.” The Keck Foundation and ASU funds will make the launch of the exploration finally possible, and could propel ASU chemists to the forefront of pseudocarbyne research at the end of the three-year grant.

“Keck grants fill a special niche in the research community because they fund high-risk research expected to have high impact,” Buseck said. “They are highly competitive and prestigious — per semiannual grant cycle, Keck normally makes only five or six awards across the country.”

“The stars sort of aligned for this to work at ASU. It’s a relatively small team, just the five of us,” Jones added. “We are all in the School of Molecular Sciences at ASU, which is already pretty remarkable. And we are all super excited to begin this high-risk science, and map out a new area of chemistry.”

Based in Los Angeles, the W. M. Keck Foundation was established in 1954 by the late W. M. Keck, founder of the Superior Oil Company. The Foundation’s grant-making is focused primarily on pioneering efforts in the areas of medical research, science and engineering and undergraduate education. The Foundation also maintains a Southern California Grant Program that provides support for the Los Angeles community, with a special emphasis on children and youth.