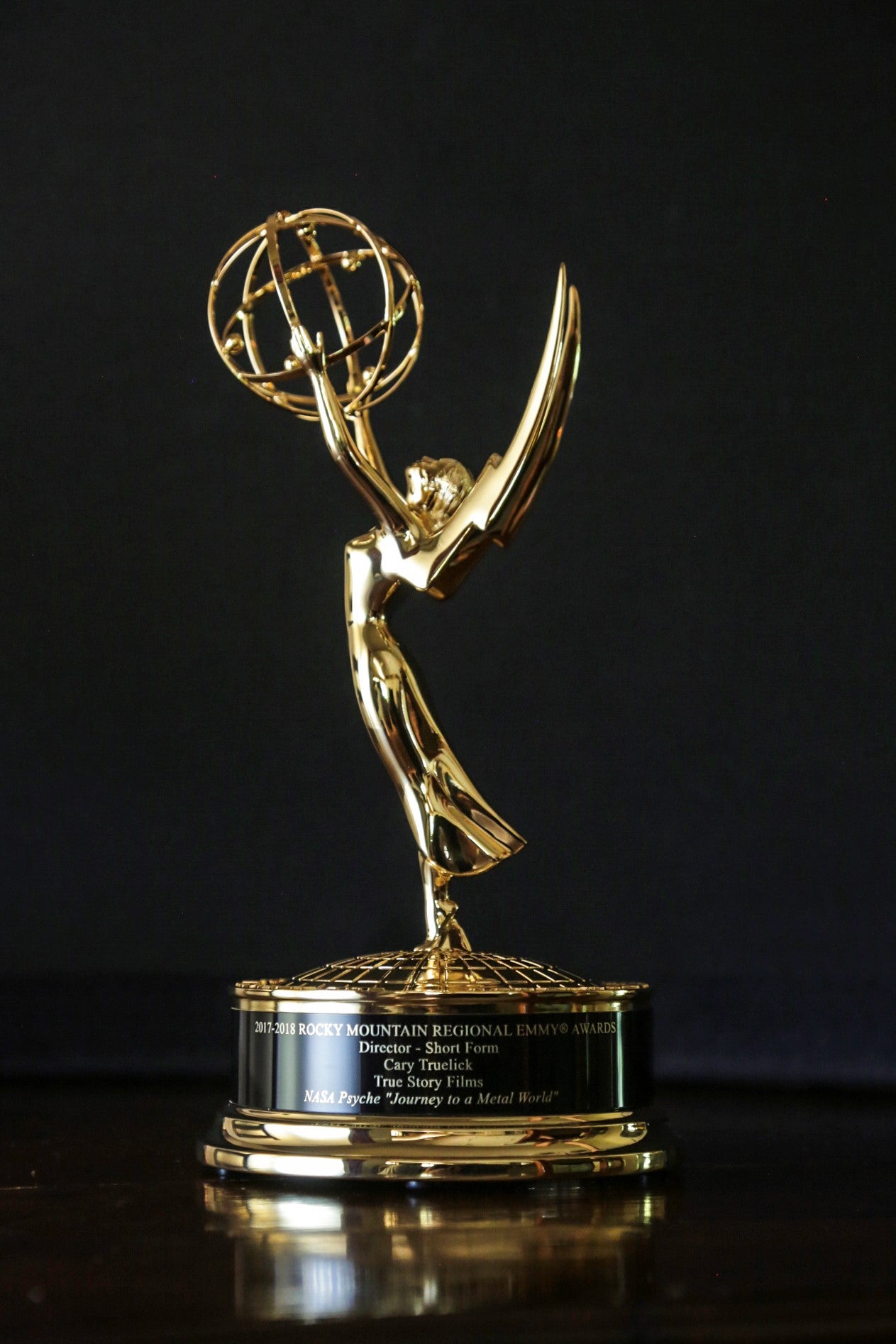 “Space exploration is about inspiring all of humanity, making us bolder, showing us what is possible, and this film illustrates those efforts perfectly,” said Psyche principal investigator Lindy Elkins-Tanton.

The award-winning video was commissioned by the Psyche mission team to provide insight to the public about the NASA Psyche mission, which will be launching in 2022 and will journey to a unique metal asteroid between Mars and Jupiter.

The Psyche Mission was selected for NASA’s Discovery Program in 2017.

Through team interviews and graphics, the video explores why this mission was selected for NASA’s Discovery Program, how we will get to the asteroid Psyche, what we hope to learn when we get there, and the importance of scientific discovery.

“We’re thrilled that this project was recognized by the Academy,” said Cary Truelick, director and owner of True Story Films. “And it’s great to see more attention being brought to this fascinating deep-space mission and the people making it happen.”

The Rocky Mountain Emmy Awards are presented by the Southwest Chapter of the National Academy of Television Arts and Sciences, which is dedicated to excellence in television by honoring exceptional work.

It represents television professionals from all disciplines of the industry, serving as the common meeting ground for individuals dedicated to advancing the art and science of television. The Southwest Chapter region serves Arizona, New Mexico, Utah and El Centro, California.

The film 'Journey to a Metal World'

The Psyche spacecraft is targeted to launch in August 2022 and travel to the asteroid using solar-electric (low-thrust) propulsion, arriving in 2026, following a Mars flyby and gravity assist in 2023. After arrival, the mission plan calls for 21 months orbiting the asteroid, mapping it and studying its properties.

The spacecraft's instrument payload will include a magnetometer, a multispectral imager and a gamma ray and neutron spectrometer. The mission will use an X-band radio telecommunications system and will test a sophisticated new laser communications technology, called Deep Space Optical Communications (DSOC) that encodes data in photons.

The mission is led by Arizona State University. NASA’s Jet Propulsion Laboratory is responsible for the mission’s overall management, system engineering, integration and test, and mission operations. The spacecraft’s solar-electric propulsion chassis will be built by SSL.