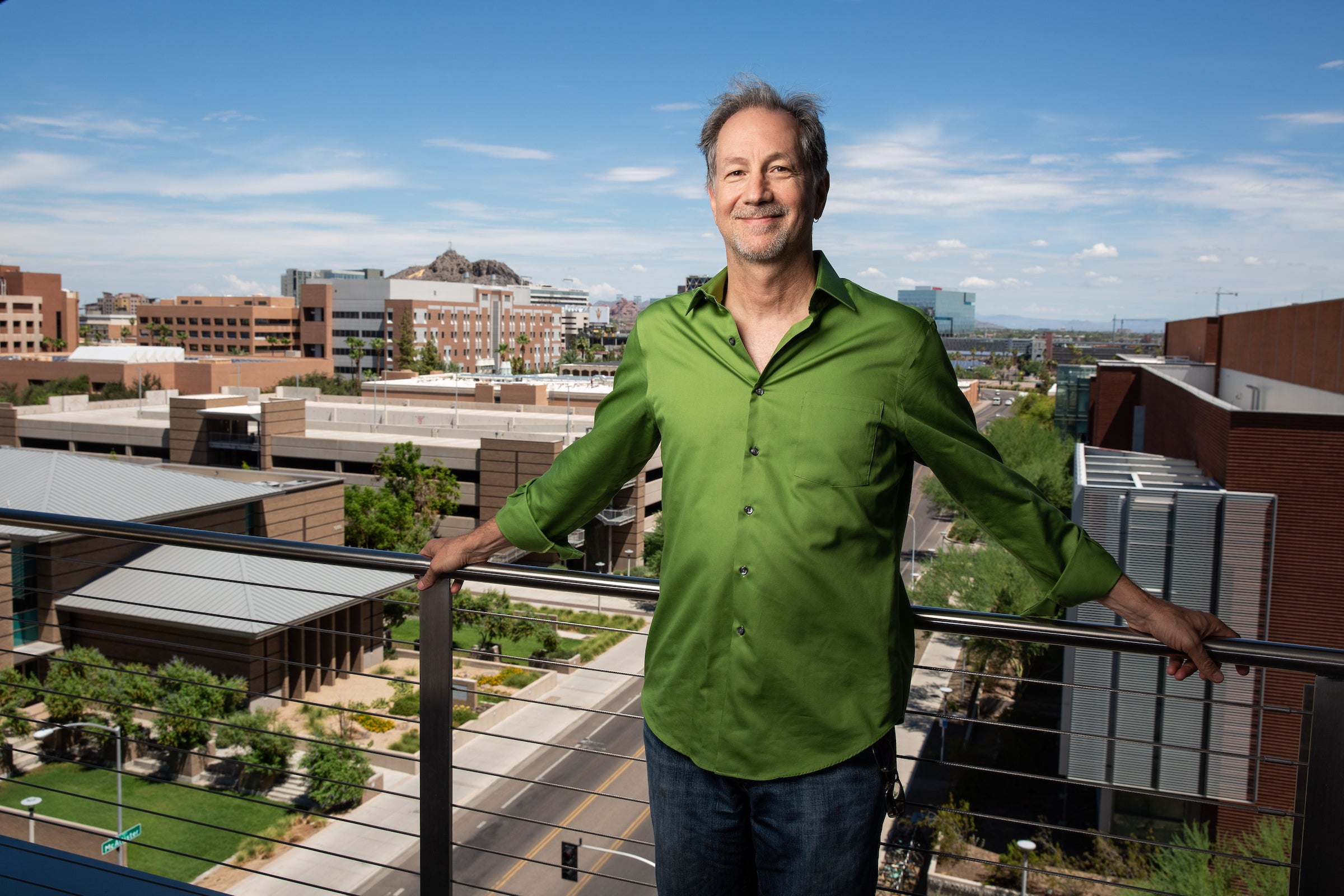 Rumble in the desert

At the moment Mexico scored a game-winning goal against Germany in the recent World Cup, two seismometers in Mexico City picked up readings

So many people jumped at once they set off a fanquake.

Ed Garnero studies the interiors of Earth and other planets using seismology. He has an idea to put an instrument, perhaps a seismometer, perhaps something else, under the stadium.

“When the crowd makes a bunch of noise during a big play, during a replay on the jumbotron they can show the shaking and we can make a simulated earthquake magnitude,” Garnero said. “It’s kind of cool. It’s a link to (the School of Earth & Space Exploration), and it will get the fans riled up to make even more noise during the next big play.”

The instruments would be set up beneath the stands, closer to the student side.

“We want them to feel like there’s this cause and effect,” he said. “Doing something like this, where we call them Devilquakes, would be really fun. The thing I’m excited about it is a crowd can get super-excited or jacked up. If we could rile our crowds up more during big plays because they know they want to do better than the last magnitude, then that’s fun. It’s crowd engagement.”

Any kind of vibration is seismic, whether it’s a crowd jumping up and down or an earthquake or somebody setting off fireworks. Those all cause the ground to shake, and sensitive instruments record that.

An earthquake’s magnitude is related to something happening at a specific place. If you’re right where the ground is breaking, a magnitude four “can kick your butt,” Garnero said. “On the other hand, a magnitude eight, if you’re hundreds of miles from it, you might not even feel it. … A bigger thing means something relative to the smaller thing, if not truly equivalent to an earthquake.”

Garnero has to record the sound and film of the game. He has to correlate the noise with the action, so he knows what is the crowd stomping and what is a plane going over or fireworks. Big plays have to be connected with shaking.

“If there is any kind of timing of biggest plays, that will work,” he said. “We can then explore algorithms for turning that into ‘fanquake’ magnitudes.”

Garnero doesn’t expect half the stadium to stand up, slap their foreheads, and change majors to geology after seeing the magnitude of a fanquake.

“I teach a geology class for nonmajors. … What do the kids care about? A lot of them might not be as excited to learn about rocks and stuff as they are about going to the game on Saturday. So let’s talk about the game. ‘Hey, that big play was this big.’ What does that actually mean?”

Above photo: Professor Edward Garnero poses for a portrait on the balcony outside his office, which has a view of Sun Devil stadium, on July 17, 2018. Garnero's work focuses on using seismology tools to explore the nature of planetary interiors. He's turned his tools to analyzing Sun Devil 'fanquakes.' Photo by Deanna Dent/ASUNow