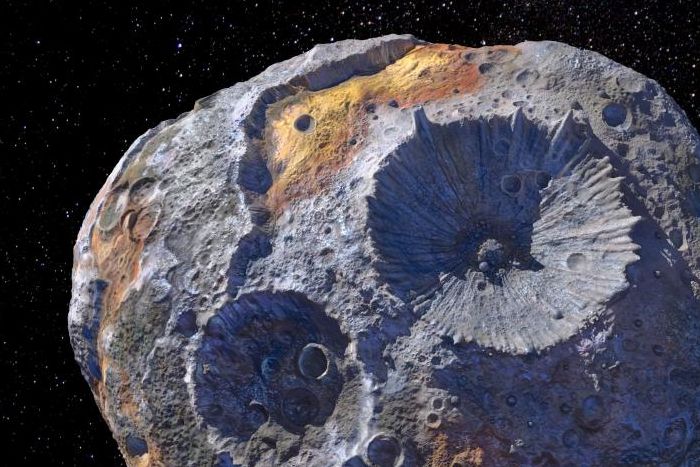 On Asteroid Day, how to get your name out there

As Asteroid Day approaches on Saturday, don’t look up in fear — a dinosaur-killer only hits Earth once every 100 million years — but around in wonder. Arizona State University’s involvement in four NASA missions to asteroids might make it Asteroid U, but having 29 asteroids named after faculty and staff members positively nails it.

Asteroid Day is held each year on June 30 to mark (certainly not celebrate) the date of the largest asteroid impact in recorded history: the Tunguska event in 1908, which flattened more than 770 square miles of Siberian forest.

Almost all of those ASU-monikered rocks come from the School of Earth and Space Exploration — no surprise there — with one exception: Donald Johanson, the paleoanthropologist who discovered the hominid “Lucy” in Ethiopia in 1974.

It’s not a terribly exclusive club. The Minor Planet Center has data on almost 745,000 objects in the inner and outer solar system, of which almost 504,000 have enough information to be given numbered designations. Donald Duck, James Bond, Bilbo Baggins and the cast of Monty Python all have their own asteroids. The majority of names come from science, but there are also the names of royals, teachers, explorers, novelists, composers, TV and movie stars, contest winners, and Olympic medalists. Contrary to popular belief, you cannot buy one.

So how do you get an asteroid named after you? The short answer is go out and discover one.

The long answer is that it’s complicated and can take decades. The whole process is overseen by the Minor Planet Center (asteroids are minor planets). Hosted by the Smithsonian Astrophysical Observatory, the center is part of the Harvard-Smithsonian Center for Astrophysics.

Sorry, this asteroid's taken. You'll have to go discover one of your own if you want to name it after yourself. (This is the Vesta asteroid, which has a set of three craters known as the "snowman.") Photo by NASA

First, the object is spotted and then verified that it has never been seen before. It immediately gets complicated. Multiple observations have to be made at various times, all of them verified. “When there are observations at four or more oppositions, the object may receive a permanent designation, a number,” reads the Minor Planet Center’s webpage on the subject. “(The actual circumstances under which objects are numbered are rather complex and subject to occasional revision, but four well-observed oppositions will usually suffice.)”

Eventually the process spits out an official discoverer. The discoverer gets to name the asteroid. They have 10 years to give it a name. Of course there are rules — lots of them — about what type of names are acceptable.

After a name is chosen and the discoverer writes a short citation explaining why he or she chose it, the discoverer submits a form to the Minor Planets Center.

Then the name is judged by the 15 professional astronomers on the Committee for Small-Body Nomenclature of the International Astronomical Union.

Can you go wild? No, you cannot. Names should be 16 characters or less. They like single-word names. It has to be pronounceable (“in some language,” archly states the rules). It can’t be offensive (a tall order these days). And it can’t be too similar to anything else floating around out there.

“OK. How about — ” No. Stop right there. The Committee for Small-Body Nomenclature of the International Astronomical Union isn’t done yet. There are more rules. Many more.

People or events primarily known for military or political activities are acceptable only if the person has been dead or the event elapsed 100 years ago. Relatives are acceptable. Pets are not; no one wants space to be mucked up with objects named Fluffy or Mr. Whiskers. Commercial names are forbidden. We may have to put up with that nonsense on sports stadiums, but not, thank God and the Committee for Small-Body Nomenclature of the International Astronomical Union, in the majestic void of the universe.

The firmament is not solely peopled with angels. Somehow James Gordon Bennett Jr. has an asteroid named after him. The insanely wealthy publisher of the New York Herald was famous for sending Henry Morton Stanley to Africa to find David Livingstone. He was also notorious for racing his carriage around Manhattan naked in the middle of the night, dueling, yacht racing and urinating when drunk in the fireplace of his fiancee’s family during a New Year’s Day party. The latter incident occasioned the end of the engagement and Bennett decamping to Europe.

The rules become more stringent if the asteroid falls into a specific orbital class. Objects in the trans-Neptunian object belt must be named after creation deities. Certain orbits require the names of underworld deities, centaurs or names associated with the Trojan War (in a fair fashion, of course: “Objects at the preceding L4 point are named for Greeks, objects at the trailing L5 point are named for Trojans,” the rules state.)

Finally, after much muttering and stroking of beards, the name is accepted. It becomes official when it’s published in the monthly Minor Planet Circulars issued by the Minor Planet Center. Your Mom will be thrilled and people in bars bored.

Asteroids named for people at ASU