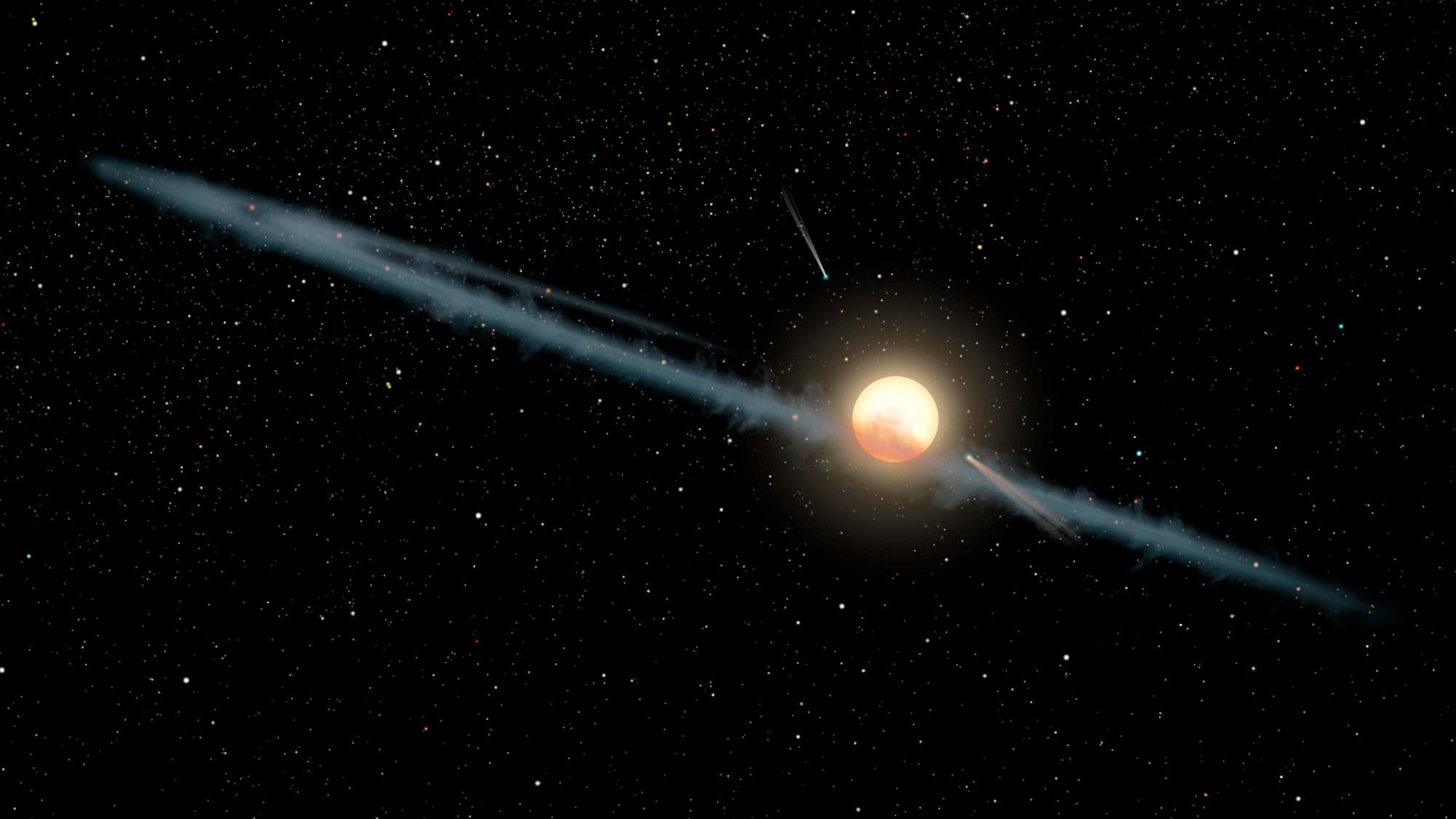 Dubbed by some as "the strangest star in the universe," the star known as KIC 8462852, Boyajian's Star, or Tabby's Star, is a little hotter than the sun and a bit brighter intrinsically. The star lies almost 1,500 light-years away from Earth in the constellation of Cygnus the Swan.

Not at all. What makes this star so notable are large changes in its apparent brightness, by up to 20 percent. Moreover, these changes occur at irregular intervals and last days or weeks. In addition, the star also appears to be dimming and brightening steadily over a scale of years.

Citizen scientists using data from the Kepler Space Telescope first discovered brightness dips in 2015. Since then the star has been observed with ground-based telescopes around the world.

"Tabby's Star continues to pose puzzles," said Eva Bodman, a postdoctoral astronomer at Arizona State University's School of Earth and Space Exploration. She recently reported on observations of the star at the American Astronomical Society's summer meeting in Denver.

"Our observations show that the dips that come and go over a few weeks are produced by dust," Bodman said. Dust is likely also the cause of the more gradual changes in brightness, but there's an important difference between the two kinds of dust.

"These new dips were observed at multiple wavelengths and clearly showed deeper dips at blue wavelengths than in red and in the near infrared," Bodman noted. "Larger depths at shorter, bluer wavelengths indicates small-grain dust." The light curve for Tabby's Star in 2017 displays two kinds of changes in apparent brightness. The highlighted and named parts show brief drops in brightness. But there is also a more gradual change (black line) where the brightness slowly decreases and then returns. Even though these both happen at the same time, the different kinds of brightness changes are caused by different kinds of dust. Credit: Eva Bodman/ASU

That suggests that whatever process is creating these dust particles is going on currently.

As Bodman explained, "The dust is very small — like smoke particles from a campfire — and that means it was created recently. Particles that small get blown out of a star's vicinity in a year or so, driven away by the pressure of starlight."

On the other hand, the dust causing the more gradual brightness changes has a different spectrum which points to larger grains and probably a different origin. However, as with the small dust grains, astronomers are not sure what is producing it.

In the same scientific session as Bodman's presentation was one by two high-school students from the Thacher School in Ojai, California. Their data were collected independently, yet were consistent with the results Bodman found.

So where do these details leave astronomers' picture of Tabby's Star?

"This all suggests that the dust cloud obscuring the star is extremely complex along our line of sight to it," Bodman said. "We're seeing different parts of the dust cloud as they drift in front of the star.

"We need more observations to explain how the dust is being produced and to develop a clear astrophysical picture of what's happening at Tabby's Star."