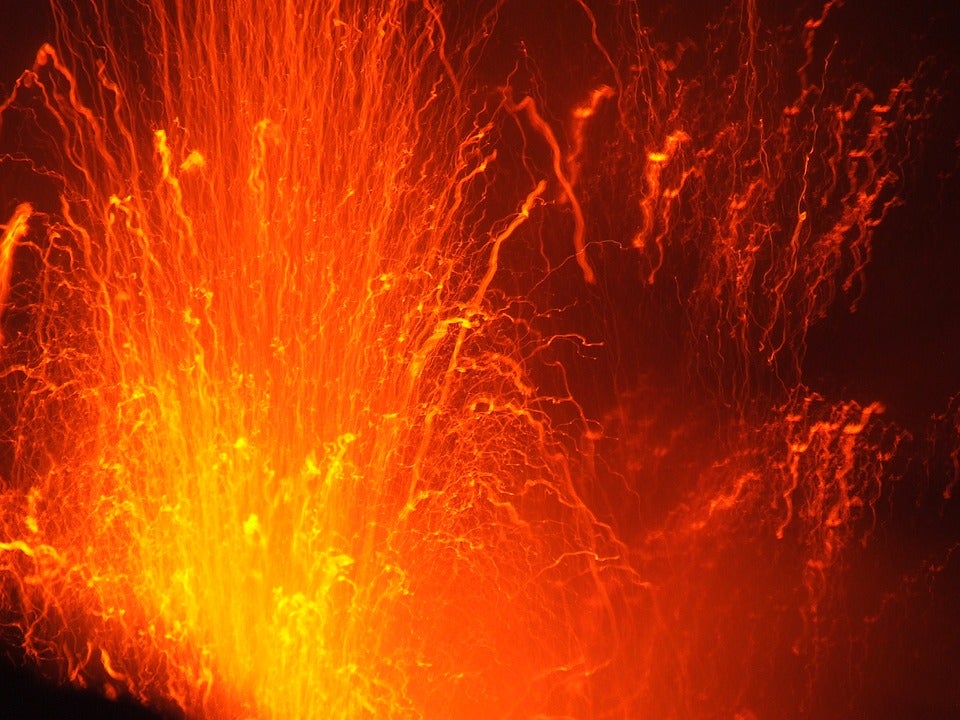 Trouble in paradise: When volcanoes erupt

Hawaii’s Big Island has been under siege for the last two weeks due to violent activity from the Kilauea volcano, which has produced haunting images: spewing ash and toxic gases, lava pouring through the streets and people fleeing their homes.

And Kilauea is showing no signs of slowing down.

Scientists are warning residents to brace themselves for more. Some are fueling fears that a violent eruption could hurl car-sized boulders, molten rock and other dangerous debris hundreds of feet into the air. So why is Mother Nature so furious these days, and when will she stop acting up?

To provide us with some clear answers, ASU Now turned to Professor David Williams, a volcanologist and planetary geologist in Arizona State University's School of Earth and Space Exploration. Question: Can you explain why the Kilauea volcano is erupting, and how frequent is this type of activity?

Answer: The Big Island of Hawaii is actually composed of five shield volcanoes, two of which are considered “active.” Kilauea volcano actually began its eruption in January 1983 and has been erupting lava flows pretty much continuously since then. It produces both pahoehoe (smooth, ropy tops) and 'a'a (rough, clinker tops) lava flows of an iron-rich, low-silica rock called basalt. Most of Kilauea’s eruptions are effusive, producing lava flows with some lava fountains. Contrast that with stratovolcanoes like Mount St. Helens, which mostly has explosive eruptions with tall plumes of ash and dust. These eruptions occur more infrequently, when more viscous, gas- and silica-rich magma build up great pressure to blast out the rock above.

Q: Millions of Americans saw news clips of the lava flowing down streets and devouring everything in its path, including a car. Can the scorched earth eventually recover?

A: Yes, after the lava cools, vegetation will grow on it. In fact, volcanic soils are quite fertile. Roads and houses can be rebuilt, although I think it was a mistake for Realtors to try to convince people to build homes on an active volcano! If it erupted there once, a clearly active volcano could erupt there again.

Q: In addition to the physical damage of the lava, what type of emissions or toxins is the volcano giving off?

A: Kilauea gives off both CO2 and sulfur dioxide, SO2. Too much SO2 is poisonous and can be deadly; thus evacuation of people living near the eruption site is well justified.

Q: What are potential problems of this volcano activity?

A: The biggest problem besides the advancing lava flows destroying homes is the potential for a large explosive eruption at Kilauea’s summit, which is why they closed the national park. As the lava flows out the volcano’s flanks and drains the central crater, the lava level in the crater could drop so low groundwater could flow into the crater. When water mixes with hot lava, it can explode in a large stream eruption, which could blast large magma bombs and tephra long distances. So no one can be close to the crater while this possibility exists.

Q: If someone were planning a vacation in the affected area this summer, can they still go?

A: Yes, eventually this eruption episode will cease, the volcanic gases will be dispersed by winds, the national park will reopen, and visitors will be able to view Hawaii’s wondrous active volcanism safely.

Q: Do I have to travel to Hawaii to see Hawaiian-like lava flows?

A: No, in fact Arizona has many dormant or extinct volcanoes just a few hours drive from Phoenix. Sunset Crater National Monument, northeast of Flagstaff, has the youngest cinder cone volcano in Arizona, and has both pahoehoe and 'a'a basaltic lava flows that visitors can walk up to and study.