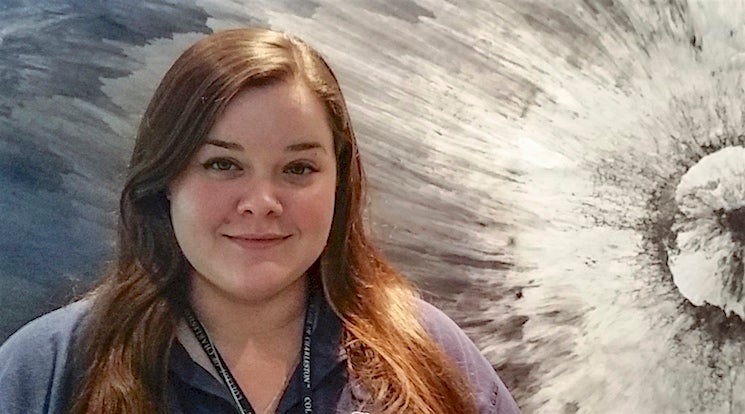 Editor’s note: This is part of a series of profiles for spring 2018 commencement.

This May, Heather Meyer will be graduating from Arizona State University with her PhD in geological sciences from the School of Earth and Space Exploration. Originally from Charleston, South Carolina, Meyer had the opportunity as a kid to see a space shuttle launch from Kennedy Space Center, sparking her interest in space.

Then, as an undergraduate at the College of Charleston, she discovered planetary geology, which offered the perfect combination of her interests in both geology and space exploration, and so her path was set.

Meyer is now a planetary scientist at the Lunar and Planetary Institute in Houston. Her most recent published research includes a new moon map featured in Science News, using LROC data, showing where debris from giant impacts fell on the moon’s surface.

She answered questions about her time at ASU:

Question: What’s something you learned while at ASU — in the classroom or otherwise — that surprised you, that changed your perspective?

Answer: I used to wonder how some people became such successful scientists and where they learned everything, but the reality is that no one is born a successful scientist. We are all just figuring it out as we go along by applying scientific reasoning. That helped change my way of thinking about becoming a scientist (you don't need to know it all beforehand) and gave me hope that I can learn to be a good scientist too.

A: Work with your adviser to set realistic goals and reasonable achievements. Grad school in particular gives you very few major benchmarks, so you need to formulate some achievements on your own to remind yourself how much you are actually accomplishing along the way. And don't compare your progress with anyone else! That won't help anyone.

A: I spent a lot of time at the MU Starbucks. Late nights, early mornings and afternoon pick-me-ups all required coffee. Conveniently, all of my friends relied on coffee too, so we often went together to work or chat.

A: I will spend the next two years in Houston working as a postdoctoral researcher at the Lunar and Planetary Institute doing primarily lunar research. Beyond that, who knows? There are some wonderful opportunities coming up in planetary science, and I hope to remain involved with active planetary missions and research.

A: Only $40 million for a global problem? I'd probably put it toward education and sustainable living for impoverished communities to aid in the fight to eliminate poverty.