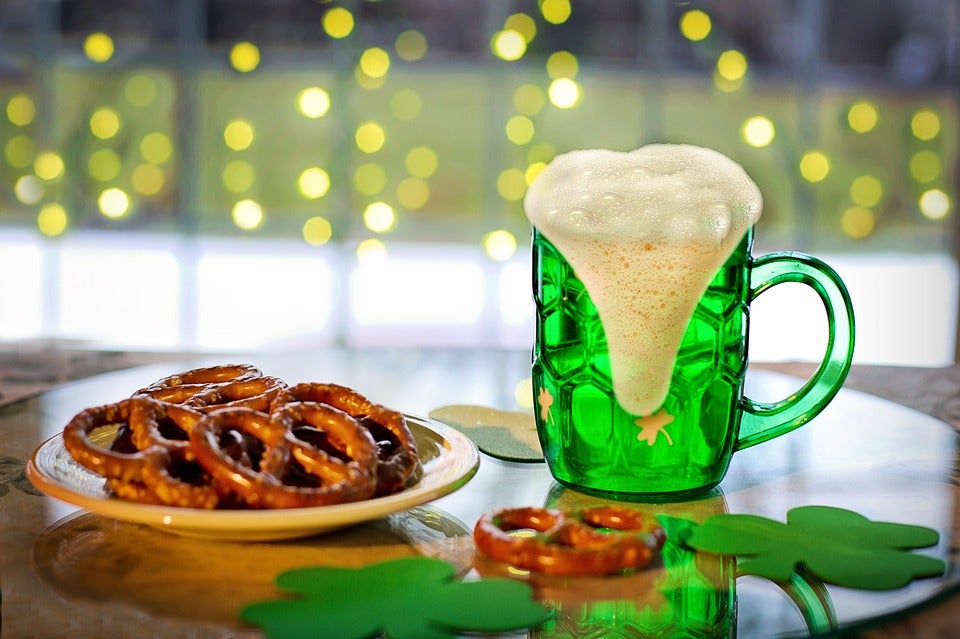 St. Patrick’s Day is a fun, hybrid celebration — a mixture of religion and Irish folklore, symbolism and food, plus lots and lots of green beer. (The day after? Sometimes not so much fun.)

As the world prepares to commemorate the annual religious feast day on Saturday with a variety of festivals, parades, music and dancing, ASU Now has tapped a trio of university experts to ask historical, curious and fun questions about the boisterous cultural observance.

For this combined Q&A, we reached out to John Cunningham, a retired Catholic priest and a religious studies instructor at ASU’s College of Integrative Sciences and Arts; Hilairy Ellen Hartnett, a biogeochemistry professor in the School of Earth and Space Exploration and School of Molecular Sciences; and Floris Wardenaar, an assistant sports nutrition professor at the College of Health Solutions. Question: What is the historical significance of St. Patrick’s Day and when was it established in the United States?

Cunningham: St. Patrick’s Day commemorates Ireland’s patron saint, who ironically wasn’t Irish at all, but went as a Christian bishop to evangelize the Irish in 432. In the Old Country his feast day was observed by Irish Catholics attending Mass. On this side of the Atlantic, the first St. Patrick’s Day parade was held in New York City in 1762, organized by Irish soldiers in the British army. George Washington later would participate in the parade. So this tradition, which became an annual event, is older than the USA. The idea of parades and revelry emerged in what is called the Irish diaspora. It was a way for Irish people, at the time an ethnic minority far from home, to remember and celebrate their “Irishness” and the saint who became the icon of their homeland and faith. Today Ireland hosts numerous parades and celebrations on March 17.

On a more personal note, my parents came from County Mayo, Ireland, and ended up in Arizona in 1942, finding themselves among only a handful of native Irish in Phoenix back then. Putting on a St. Patrick’s Day Parade was a cherished dream of my father. It finally came to be realized by my brother Jim who with his committee organized the first parade in 1983. This year marks the 35th Phoenix St. Patrick’s Day Parade. Our family is proud of that fact. Q: Even though it’s a cool idea to turn the Chicago River green on St. Patrick’s Day, is it environmentally safe?

Hartnett: The City of Chicago does not report the specific dye that they use in the river except to say that it is "vegetable-based." Because we don't know its specific chemistry, it's very difficult to assess the impact on the environment. The vegetable-based dye has a fairly short lifetime in the river (the color disappears after about six hours) so it may not have long-lasting effects. However, it is worth pointing out that adding large amounts of any substance to a river could have an impact, even if the material is derived from natural sources. The river (connects with) Lake Michigan so the dye will also be diluted fairly rapidly. This dilution would help to alleviate any effects from the chemical that produces the green color. Q: Is the green dye found in lots of St. Patrick's Day food — most notably the beer — harmless or harmful?

Wardenaar: A lot of people expect it and find it funny, but the colorants that make the green color are not harmless. The substances in concentrated form are highly irritable, especially for the eyes, and need to be used in a very diluted form. The green dye colorants that are found in foods and beverages are mainly tartrazine (yellow dye) together with brilliant blue. Depending on the type of product and application the ingredients and ratio may differ. Both were originally derived out of coal tar, but nowadays brilliant blue mainly comes from non-consumption oil. To be honest, that does not sound healthy at all. Paracelsus said: “sola docis facit venum” or in English: “The dose makes the poison.” If you consume too much of something, all things can be harmful. Even water, which is vital for life, can cause water intoxication when you consume too much of it.

As long as the FDA approves these colorants as safe, we may consider them appropriate for consumption when we find them in our St. Patrick’s Day foods and beverages.

Q: Why does St. Patrick’s Day have an almost universal appeal?

Cunningham: You don’t have to be Irish; you don’t have to be Catholic to join in the festivity. In fact, all around the world wherever you find an Irish community you’ll find a parade or a festival, and folks wearing green, raising their glasses and voices to salute the spirit of Ireland and to honor the ineluctable St. Patrick.