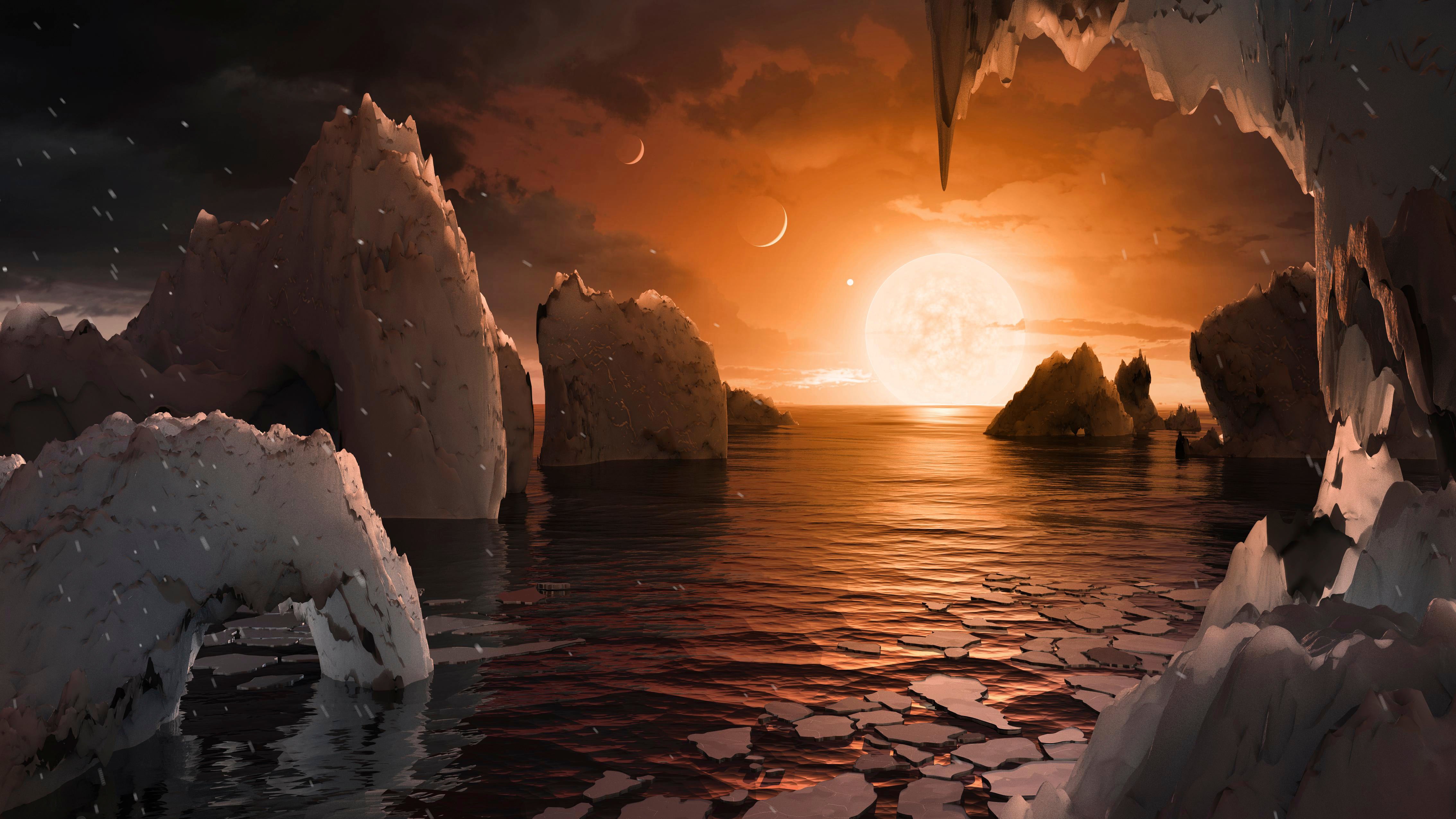 You haven't lived till you've been to Phobos

It’s 2218, and you’ve got some vacation time coming up. A hundred years ago this meant choices like the Bahamas, wine tasting in Napa or a drive through Italy. Back then people only had one planet to choose from.

Helping you choose where to go and what to do might be a book like "The Ultimate Interplanetary Travel Guide: A Futuristic Journey Through the Cosmos." Jim Bell, an astronomer and planetary scientist at Arizona State University’s School of Earth and Space Exploration, has written the Frommer’s guide of the future.

Bell believes travel to space soon will become as routine as air travel is now. Given how far we have come with technology in the past 100 years, from planes leaving the ground to spacecraft leaving the solar system, space tourism on this scale conceivably could happen in 50-200 years. All the planetary science — facts, sizes, distances, compositions — in the book is based on what we’ve discovered about the solar system in the past 60 years. Everything, including the technologies, is extrapolated from current science. These potential travel destinations are more science fact than science fiction.

But there are no transporters or warp drives.

“Even with reasonably assumed advanced-propulsion technologies, we are still likely to measure travel times to solar system destinations in weeks at best — and more likely in months or years,” Bell wrote in the author’s note.

“I thought it was important to make it maybe just to inspire people that this could really happen,” Bell said. “Even when it does happen, space is big. The solar system is big. It’s still going to take weeks, months, years to get to places.”

Just wait until you get there, though.

Weekending on the moon, with a visit to the Apollo International Historic Park — the six places visited by the first astronauts (now protected by a transparent dome to prevent erosion and vandalism). Visit the polar ice mines. Meet “Loonies,” descendants of the first lunar colonists 150 years ago, distinguished by being extremely tall and thin and moving with a unique grace in the low lunar gravity.

“That is probably inevitable,” Bell said.

Astronaut Scott Kelly’s DNA was altered by a year in space, NASA announced this week. Seven percent of his genes did not return to normal, possibly indicating long-term changes in genes connected to the immune system, DNA repair, bone formation networks, oxygen deprivation and elevated carbon dioxide levels. Full results of NASA’s Twins Study will be released later this year.

Natural selection will be at play, producing humans more suited to live in space than others. Some fraction of people living on Mars will have successful pregnancies. The future also may see humans being engineered for certain environments and different gravities; thicker bones, radiation tolerance, that type of thing. “I think genetic engineering of people will be more active than passive, though,” Bell said.

Dining and drinking will be different on the moon. It took planetary biologists decades to perfect the right recipe of biologic components and lunar soil. Fruits and vegetables — and the ice in the drinks — will taste slightly differently than what’s found on earth. Terroir will have a whole new meaning.

“A lot of that research is happening now,” Bell said. “They grow lettuce on the space station. … Every place will have its tastes. 'These are lunar farside Brussels sprouts, aren’t they?'”

Mercury is going to be an entire planet like Daytona Beach, Florida; Indianapolis; and Glamis, California. Everything is faster on Mercury because it is within the sun’s gravity well. Increased gravitational force from the sun speeds up the planet. It only takes 88 days to go around the star. You are traveling four times faster around the sun than on Earth. This attracts racing, and rocketry gearheads from around the solar system will come to chase speed records.

Powdership racing and touring in the dusty soil of Deimos, the smaller of Mars’ two moons, will be something like swamp boating in the Everglades.

Hollywood tells us everyone enjoys an explosion. Try a trip to Jupiter. At the Great Red Spot airhotel, a luxury resort and spa floating above the reddish cloud tops, weeklong impact hunting cruises will chase and witness small asteroids and comets slamming into the Jovian clouds. "The Ultimate Interplanetary Travel Guide" is filled with a combination of graphics, photos, stylized travel posters and artists' illustrations of potential space views like this one. Photo courtesy NASA

With Titan’s high surface pressure and extremely cold temperatures, many of the organic molecules in its atmosphere exist as liquids instead of gases. This means that on Saturn’s largest moon, you can raft class four and five whitewater. It’s not actually water, but liquid ethane and other hydrocarbons. Catch the mists from a 200 foot propane waterfall.

Not every excursion will be safe. Microgravity draws thrillseekers to the tiny Martian moon of Phobos. “The thrill of being able to (literally) leap over skyscrapers in a single bound can make people feel like Superman — until they realize in horror that there’s no turning back once they made the leap,” Bell wrote.

Floating out of control into space may induce space panic syndrome. It’s not a real medical condition — yet. “If you’re not a highly-trained jet fighter pilot and you’re put into a freakout situation, statistically a bunch of us are going to freak out,” Bell said.

Not to worry — spacesuits will have tracking devices built into them so authorities can (eventually) rescue you. Still want to go?

Bell's book is a result of serendipitous timing.

An editor at one of his publishers was searching for a way to publish some interplanetary tourism posters created by NASA’s Jet Propulsion Laboratory and space art. They came to him asking if he had any ideas.

“The idea of a travel guide has been on my mind for many, many years,” Bell said.

The book that emerged looks and reads like a Lonely Planet travel guide. Here’s how long it takes to get there; what there is to do, see, and explore; what accomodations and dining will be like.

Where would Bell go?

“Every place I wrote about I want to go to, but I want to come back,” he said. “I don’t want to be a settler; I want to be a tourist. I’m not even sure I’d go on one of these long outer solar system trips where it could be your last trip. Earth is my favorite planet. I’ve spent most of my life here. Most of my friends are from Earth. I love the place.”

You can pre-order the book, which will be on sale April 3, here.

Top photo: Data from the Odysseus flyby probe suggest that the sunset views from the fifth of TRAPPIST-1's seven Earthlike worlds could be similar to this. Photo courtesy NASA