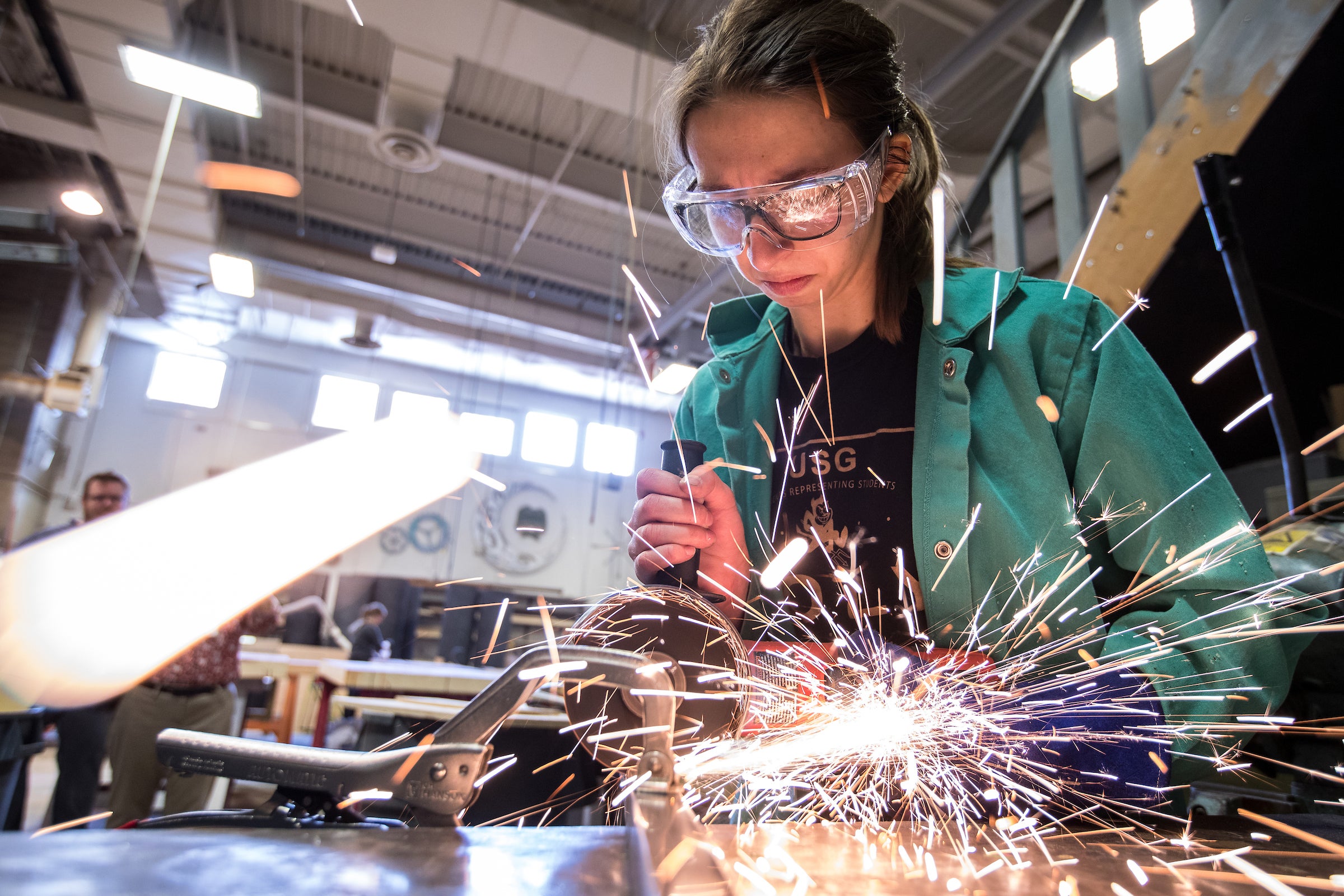 ASU Emerge to create a moon colony on campus

A good book can transport the reader into a faraway universe filled with rich detail. The ASU Emerge event will do the same thing this weekend, but the audience actually will be able to touch, see and interact with the newly created world.

“Luna City: 2175,” the title of the seventh annual ASU Emerge, will be a combined art, theater and museum experience that’s based on real research about what an extra-planetary colony would be like 157 years from now. The two-day event, March 17–18, will transform the Galvin Playhouse on the Tempe campus of Arizona State University and is free and open to the public.

The audience can interact with Luna City residents, played by actors, and participate in events such as a “conflict circle” or a funeral. They’ll see what a house will look like, how the residents feed themselves and what they do for fun. There will be artifacts, dancing and music.

About 180 people have been working for nine months to create “Luna City: 2175,” sponsored by the School for the Future of Innovation in Society, the Herberger Institute for Design and the Arts, the Center for Science and the Imagination, the Ira A. Fulton Schools of Engineering, the Interplanetary Initiative, the College of Liberal Arts and Sciences and the School of Earth and Space Exploration. The project was inspired by the vision of Kim Stanley Robinson, the writer-at-large for the School for Future of Innovation in Society. He’ll do a presentation on Saturday afternoon.

Nine months ago, dozens of experts, including planetary geologists, launch system engineers, architects, sociologists, political scientists, economists and artists, gathered in several intense all-day sessions where they presented research and hashed out what Luna City would look like, according to Jake Pinholster, co-director of the event and associate dean for policy and initiatives in the Herberger Institute for Design and the Arts and head of graduate programs in interdisciplinary digital media and performance design.

The team developed a “story bible” — an outline of the self-contained Luna City, which started as a mining and research facility and now is a spaceport and artists’ colony.

“We’re not just building the physical environment. It’s also about the story and how we think a human civilization will really evolve,” Pinholster said.

The story is about how people govern themselves in a place where they are forced to be interdependent in the face of a hostile natural environment.

“Right now, no one has ever been to space who didn’t go there specifically to go to space. So once people just start being people in space, what does it mean?” he said.

Over spring break, students were busy cutting, hammering and painting the physical world of Luna City, which will look different than what the audience might expect.

“I think when people envision the future of space travel, we base it off of ‘Star Trek’ and ‘Star Wars’ — everything is metal and plastic,” he said.

But in real life, metal and plastic can’t be manufactured on the moon and is expensive to transport, while bamboo thrives in the poor soil, can purify water and air, and provide food, textiles and building materials.

But also in real life, bamboo is expensive so the students used a five-step process to paint boards to look like bamboo.

Pinholster said that some students earn credit for working on Emerge, such as those in the Engineering Projects in Community Service program, known as EPICS, who were building an aquaponics system that will house both trout and tomatoes to provide food for Luna City.

The project is incorporating existing technology, including the AZLoop pod, a high-speed transportation device developed by ASU students for the SpaceX Hyperloop competition last year.

Others who are creating the 3,500-square-foot Emerge universe are student workers, staff, faculty and community members. The project also solicited artists to participate, and one of them is Shomit Barua, a sound artist who also teaches writing at ASU. He created a sound installation that will be in the lobby, where the audience first encounters Luna City. “Ancient Passages” will use several speakers, each with a “captain’s log” narrative, describing the background of the community, which includes famines and cultural crises.

“It’s a humanizing effect to this history that we would normally just read as like a timeline,” said Barua, who became interested because he’s a big fan of Robinson’s books.

Barua created different characters and prompts, and then offered them to his writer friends, who created the monologues.

“It ended up creating a diversity of voices that worked out much better than if I had written them all myself,” he said.

The Emerge experience can be immersive, but the audience can choose to just observe, according to Kenneth Eklund, an artist in residence at the School for the Future of Innovation in Society who is helping to create Emerge. Eklund, who lives in Oregon, creates games to engage people in topics such as climate change, and is teaching a class this semester called “Play the Future: Engaging the Public with Serious Games.”

“The audience comes in at whatever level they’re at,” he said. “We need to be inclusive and I want to make sure that everyone is comfortable.”

But he’s eager to accommodate people are want to become immersed in a created world.

“People don’t always get this opportunity. They want to suspend disbelief and be in your fiction,” said Eklund, who’s worked at filling in the gaps in the story line.

“A lot of what I do is about making it so that there’s a fiction that’s doing as well as they are.”

“ASU Emerge: Luna City 2175” is free but reservations are required for the timed entrance. Click here for tickets and details.

Top photo: Fara Shippee, a sophomore majoring in mechanical engineering, cuts a metal tube while building an aquaponic system as part of the "ASU Emerge: Luna City 2175" set at Galvin Playhouse. Shippee and her classmates in the Engineering Projects in Community Service program, known as EPICS, are working on the project. Photo by Charlie Leight/ASU Now.