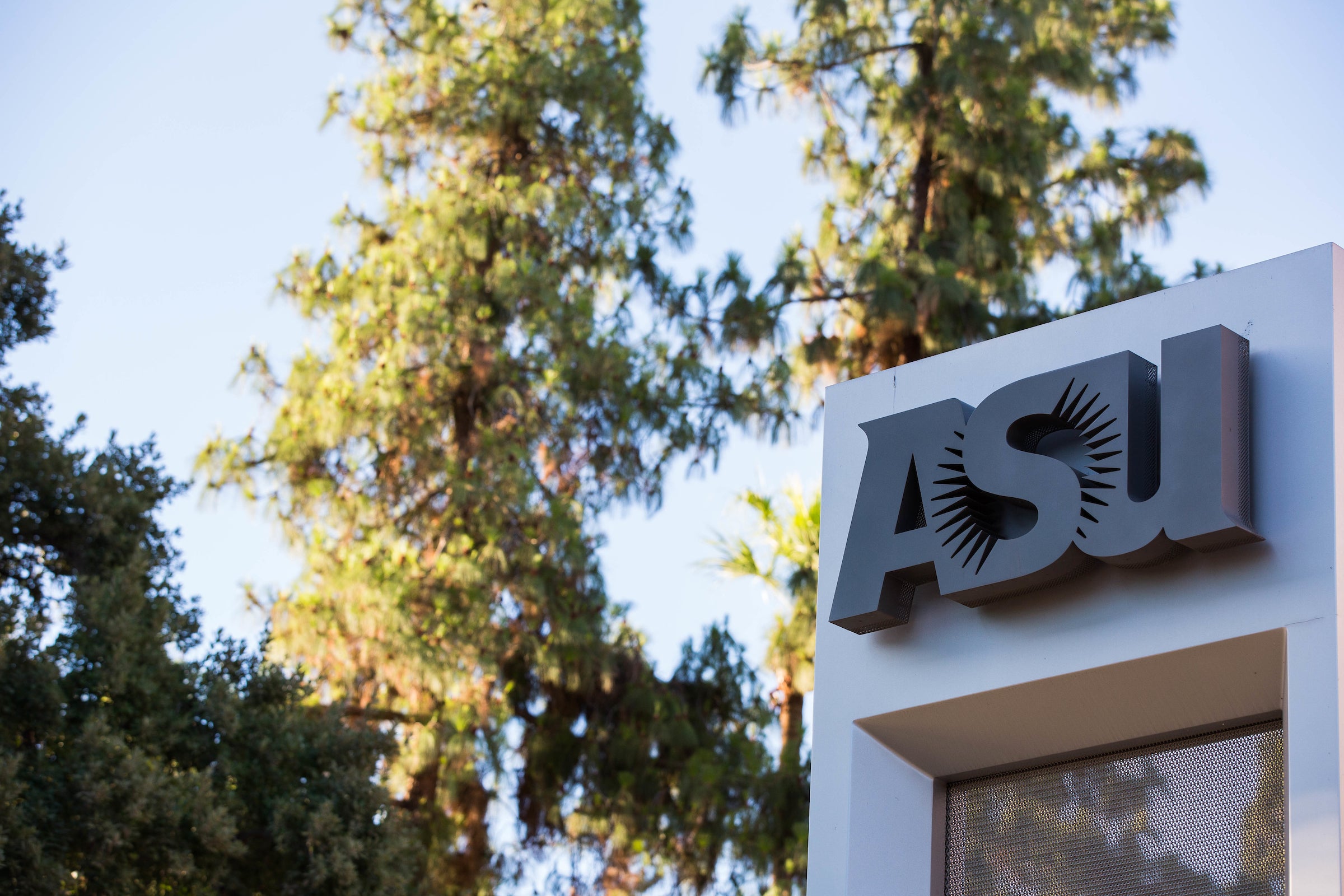 At the beginning of the year, Arizona State University publicly launched Campaign ASU 2020, a comprehensive effort to raise the long-term fundraising capacity of the university. And at the close of fiscal year 2017, the College of Liberal Arts and Sciences had a record year for private support in the books.

“Gifts of varying sizes from donors have made a significant impact for students and faculty, raising more funds for scholarships, academic programs and research initiatives following the launch of the campaign,” said Patrick Kenney, dean of the College of Liberal Arts and Sciences.

“Philanthropy is crucial to the success of the next generation of students,” said Logan Rhind, who graduated with the Class of 2015 and donated to the college last year. “Any size donations are used to give opportunities for others to learn about the world and find their place in it. Personally, I feel honored to give back.”

Rhind, a political science major and European history minor, received a scholarship from the Social Sciences Dean’s Investment Fund. He said without it, he wouldn’t have been able to attend ASU.

“I loved my time in the College of Liberal Arts and Sciences,” said Rhind, an administrative assistant for development and marketing at Barrett, the Honors College. “The college is doing phenomenal things and I wanted to help those ventures, especially because the arts and humanities are not always receiving funding.”

Rhind said he gave to the same fund he received a scholarship from because he wanted to do his small part to ensure students with a passion for liberal arts and sciences have the ability to pursue their dreams, just like he was able to find his place in student affairs.

“Small gifts are the driving force behind engagement. It reconnects alumni and opens up more opportunities for them to return and assist current students,” he said. “Small gifts are also a sign of respect and gratitude. I gave what I could because I respect the college and university for helping me when I needed it. I plan on making continued gifts to the college as long as I’m financially able.”

Alumnus Jorge Coss Ortega is also interested in engaging recent alumni to give back to the college and university. He just graduated with the Class of 2017 and joined the Dean’s Council Emerging Leaders program, an initiative to re-engage alumni and help shape the college’s future. He donated to the Dean’s Investment Fund and hopes to create his own scholarship fund.

“Philanthropy is one of the best ways to spark change and elevate the social and economic standards of an entire society,” said Coss Oretga, who’s one of the first-ever designated O’Connor Fellows at the Sandra Day O’Connor College of Law and a first-year law student. “I want to create scholarships and programs that will help future leaders attain their educational goals. These opportunities helped me when I was an undergrad, and I want to make sure they’re available to all students.”

Similarly, engaged community members Herb and Laura Roskind are dedicated to helping students succeed with Early Start — a discipline-specific, two-week immersion program held prior to the start of the fall semester to help incoming freshmen gain the necessary tools for a successful college experience. After reading through the Campaign ASU 2020 statement, they started the first Early Start endowment.

“These young people are very bright and they just need a little extra academic push to get them started,” said Laura Roskind, a community member who has been very involved with the university. “I think it’s almost a duty of all citizens to help young people excel, especially young people who’ve never had a chance to have an advanced education.”

Donors Donald Seiwell and Brian Martin have made contributions to the Department of Physics to support teaching and learning at the university and beyond.

Seiwell earned his bachelor’s degree in physics education and master’s degree in administration and supervision on the secondary level from ASU. He spent most of his career teaching physics and math, but he also had administration experience and served on the Advisory Panel for the State Commission for Teacher Training and Credentialing. He said his years in administration and service created a deeper understanding of how unrestricted funds can enable a department to make a greater impact.

Martin received training in high school physics teaching as part of ASU’s Physics Modeling Instruction program. He has been teaching for more than 30 years and ramped up his efforts with the program’s help. He said he hopes his gift helps the program continue because there are so few educational programs for secondary science teachers, particularly in physics, with years of empirical data proving its worth.

“I gave back in a very small way compared to what I’ve gotten out of it,” he said.

The College of Liberal Arts and Sciences values all gifts — small gifts just as much as larger gifts. Donor Albert Thurman, an entomology expedition leader and research associate with ASU’s Hasbrouck Insect Collection, recently donated to the School of Life Sciences PitchFunder campaign to save a species of harlequin frogs that were thought to have gone extinct in Costa Rica.

The online campaign, composed of hundreds of small gifts from donors, ultimately raised more than $8,000 to help pull off the most successful field season with the harlequin frogs to date.

“The continued existence of the species is testimony to the philanthropic support we have received,” said Jan Schipper, a conservation and wildlife biologist in the School of Life Sciences. “We had the first visual evidence of tadpoles in this population ever — so they’re reproducing — and this might be the first year we haven’t had net negative population growth, which is amazing. It’s incredible to see that the combination of smaller donations was able to make such a difference.”

Thurman has also donated specimens from his personal collection to the Hasbrouck Insect Collection, which has the potential to grow into a much larger gift like the one from Lois and Charlie O’Brien — another impactful gift given to further research and discovery.

The O’Briens entrusted to ASU a $9.9 million collection of meticulously classified insect specimens to transform the university’s research in this field. They also endowed professorships in the School of Life Sciences devoted to insect systematics, the process of identifying and naming new species.

Many donors have set up estate gifts to impact units within the college, including the Department of English, the School of Life Sciences, the School of Geographical Sciences and Urban Planning, the School of Earth and Space Exploration and the Institute of Human Origins.

“Estate gifts are a great way to create a permanent legacy,” said Bill Kavan, senior director of development in the College of Liberal Arts and Sciences. “The funding from estate gifts continue to support scholarships, faculty or academic programs forever.”

The college has already received more than $1 million from an estate gift set up by Elaine and Kenneth Leventhal. Elaine Leventhal had served on the board of the Institute of Human Origins for 30 years, and the Los Angeles couple included the institute in their estate because they were passionate about the work being done.

The Roskinds have also set up an estate gift for the institute. The couple served on the institute’s board for more than 10 years and have gone on trips with researchers to Madagascar, Ethiopia and South Africa. Laura Roskind said they’ve become very intrigued with life as it has emerged and changed over the past 2 million years and the kind of research the institute is doing in this arena.

“Philanthropy is absolutely crucial,” said Laura Roskind. “Especially for a university that wants to thrive as being innovative and research-oriented. We can’t do it without the support of donors.”