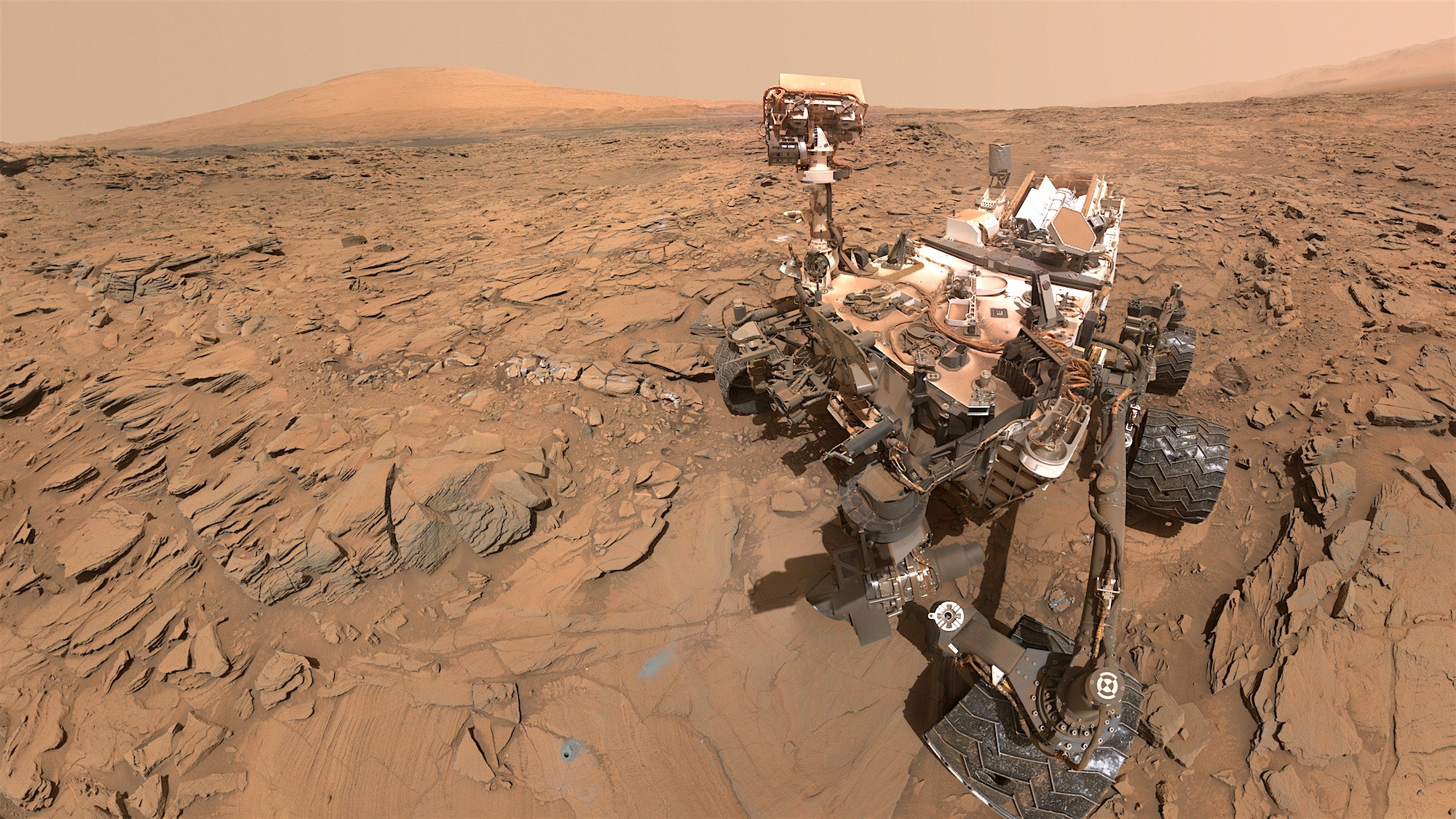 When Apollo astronauts on the moon spoke with Mission Control on Earth, there was a noticeable time gap between a statement from Tranquility Base and its immediate acknowledgment from Houston. The gap lasted almost three seconds, or 10 times longer than human reaction times would account for.

What was happening? The answer is simple: space. The moon orbits far enough from Earth that light (and radio) take 1.3 seconds each way to travel the distance. At exploration targets farther away, the delay increases; for exploring Mars, signals take between 5 and 40 minutes, depending on the varying distance between the two planets.

"During the Apollo missions, the astronauts were making scientific observations and relaying what they saw back to scientists on Earth. Both were collaborating on decisions about observations and which samples to collect and bring back to Earth to yield the most scientific value," said Kip Hodges, Foundation Professor in ASU's School of Earth and Space Exploration.

"This worked reasonably well for lunar explorations, but the time delay is likely to dramatically reduce the quality and scientific value of such collaborations in exploring faraway places like Mars."

So far, Hodges notes, fieldwork is being done remotely on Mars by scientists on Earth using robotic tools such as the Curiosity rover. But it's slow.

"Even though signals commanding observations and measurements take only minutes or tens of minutes to reach Mars, a single research activity on Mars, from command to data return, can take a day or more," he said.

In the June 21 issue of the journal Science Robotics, Hodges and collaborators Dan Lester at Exinetics and Robert Anderson of NASA's Jet Propulsion Laboratory suggest a new approach to scientific exploration that they call exploration telepresence.

"To the extent that much scientific research is a process where awareness drives action," the authors say, "the communications delay between humans on Earth and planetary exploration sites is limiting."

The ideal is to keep these delays, or "latencies," within the length of human reaction times. One approach is to have the astronaut scientists working directly on the surface of a planet. But landing humans and keeping them safe is an expensive and dangerous strategy.

A safer and less expensive approach, according to the authors, may be exploration science using telepresence, a strategy widely used on Earth now for activities as delicate and demanding as surgery.

"Telepresence means humans operating robotic systems from a distance close enough where the delay between human action and the robotic response is a fraction of a second," Hodges explained.

For Mars research, astronauts might go to Mars orbit, but not to the surface. From orbit, the communications travel time would be such that an astronaut/scientist could work with a robotic surrogate, experiencing the surface environment virtually, and doing scientific investigations as if she or he were on the ground.

Moreover, humans in Mars orbit could control instruments in real time at many different sites across the planet. And by preventing contamination of Mars with terrestrial biology, exploration telepresence from orbit also offers advantages over in situ human explorers.

While the authors add that scientific research by humans working directly on the other planetary surfaces is the ultimate goal, exploration telepresence could be an important next step.

“Today we do good science on Mars using long time-delay telerobotics, but we could do much better science much more quickly with humans on the surface,” Hodges said. “Exploration telepresence would be a reasonable compromise until that day comes."

Moreover, he said, "There are important targets for scientific exploration for which we currently don't have the technology to land humans safely. Exploration telepresence could greatly expand the number of destinations where humans can do great science."

Top photo: When scientists control Mars rover Curiosity, the turnaround time from deciding to examine a rock to getting the raw data back from the rover is one day at a minimum, due to the time delay for sending a command and getting a reply from the rover. But astronaut-scientists in Mars orbit could one day control, in real time, telerobotic landers, rovers and other surrogates all over the Martian surface. Image by NASA/JPL-Caltech/MSSS