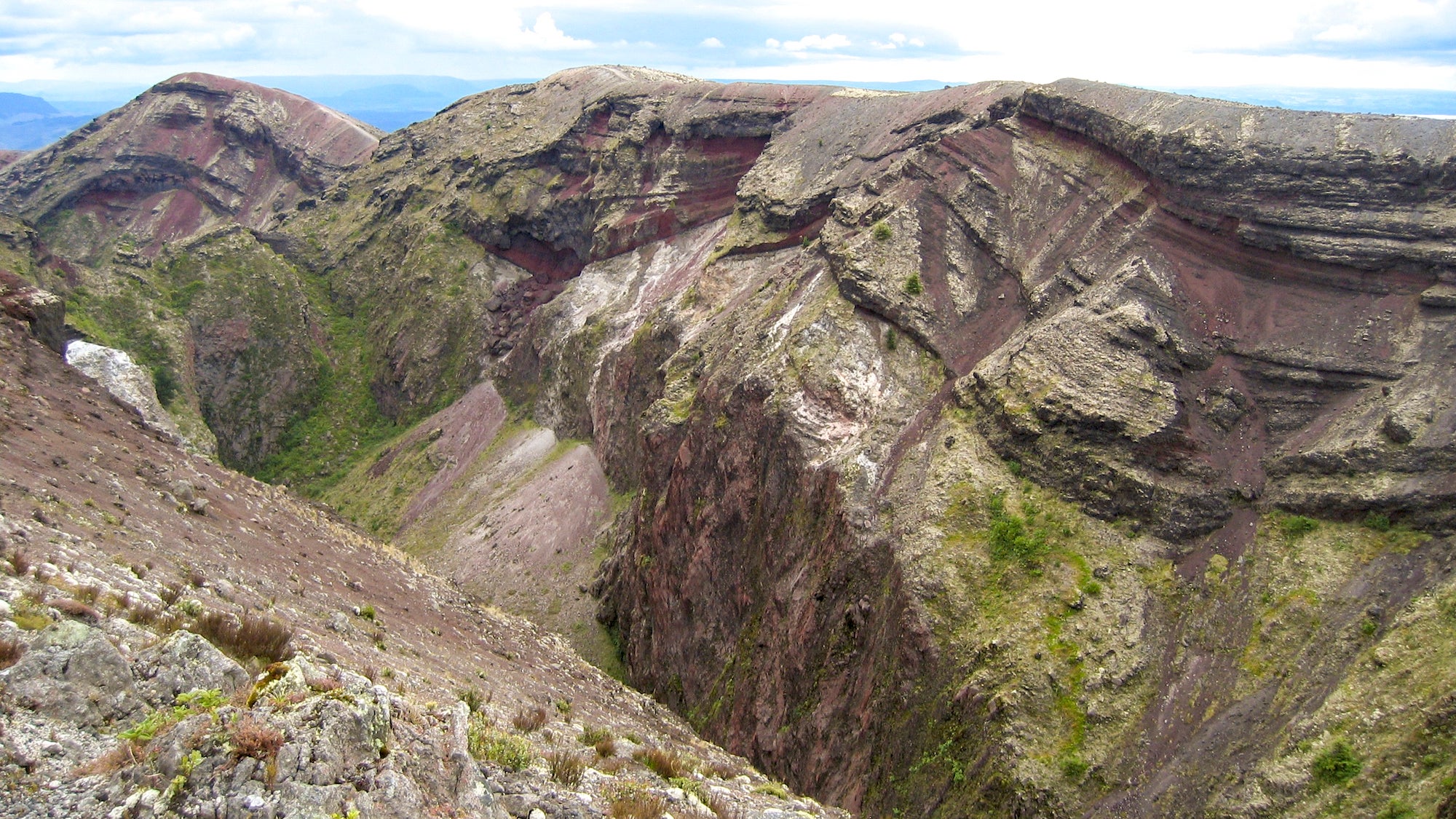 Tracking the buildup to volcanic eruptions

Volcanos that erupt explosively are the most dangerous in the world. When they blow, they eject giant clouds of hot ash mixed with gases at temperatures up to 2,000 degrees Fahrenheit that engulf everything in their way.

A new technique developed by Arizona State University scientists, working with colleagues in California, Oregon, Michigan, Singapore and New Zealand, lets scientists track the heating history of the molten rock, or magma, that feeds explosive volcanos. The technique uses tiny crystals of zircon that form within the magma.

The picture coming from the new research, published June 16 in the journal Science, suggests that pulses of heat in the magma before a volcanic eruption both begin and end more abruptly than scientists previously thought. Moreover, the heat pulses last a shorter time than expected.

The new findings will change how scientists view the internal workings of all volcanos, and it may help them gain a better idea when an active volcano poses the most risk.

The team gathered debris that erupted from New Zealand's Mount Tarawera about 700 years ago. That eruption, roughly five times the size of the 1980 Mount St. Helens eruption, brought to the surface magma that recorded the volcano's thermal history, including the heat pulses leading up to the eruption.

The magma contained zircon crystals, each less than a millimeter long, which were the focus for the ASU scientists on the team.

"For the first time, we can tell how long ago a given zircon crystal formed — and we can also measure how many heat pulses it has experienced," said geochemist Christy Till, assistant professor in ASU's School of Earth and Space Exploration. She is a co-author of the Science paper.

"In addition," Till explained, "we can tell how hot those pulses were and how fast the crystals cooled after each of them." This lets geo-scientists build a detailed heat timetable of a volcano's past activity, including what occurred long before any historical records.

"We were especially interested in what events lead up to an eruption," Till said. "To our surprise, we discovered that these zircon crystals are telling us that they mostly led a very sedate, boring life."

The zircon crystals from Mount Tarawera had formed at least tens of thousands of years ago inside the volcano, as molten rock cooled, Till said. "Over their lifespan, they experienced only a few brief heating events, whereas we had expected to see more prolonged pulses of heating."

The secret to the new findings is an advanced mass spectrometer at ASU, one of a small handful of similar instruments in the United States.

"The key to tracing the thermal history of these crystals is our NanoSIMS instrument," said ASU Research Assistant Professor Maitrayee Bose, who will join the School of Earth and Space Exploration faculty in August. The "SIMS" in the name stands for Secondary Ion Mass Spectrometry, and the "nano" part underscores that it works on very small scales.

As Bose said, "In essence, the NanoSIMS is a highly complex microscope that gives precise information about the elemental and isotopic composition of samples no wider than the width of a human hair." This extreme resolution let the scientists trace successive heat pulses that left marks in the crystals like tree rings.

How does push become bang?

Although the discovery involves microscopic-sized crystals, the results will likely have a large effect on the field of volcanology.

"Our idea of how the magma reservoir below a volcano behaves has evolved a lot over the last 10 or 15 years," Till said.

"It's no longer seen as a big blob of magma that resides below a volcano," Till explained. "Instead, these magma bodies are the result of many smaller injections of very hot magma into a cooler mush of crystals and older magma that lies in the shallower parts of the volcano's interior."

Yet how these injections combine to make an eruption is a matter still to be understood, Till said. As scientists track how heat pulses cool off and magma turns mostly into solid crystals, a basic question keeps returning: What causes a volcano to erupt?

"It's a process we don't really understand yet," Till said. "Maybe a very large pulse of magma triggers the volcano to blow, or it could be more complicated. Maybe there's another process in which the magma cools off, forms crystals — and out of the still-hot residue, bubbles of gas form which causes the eruption.

"We simply don't know yet."

Top photo: New Zealand's Mount Tarawera volcano has erupted many times. Here an outburst in 1886 broke open a dome of rhyolite rock built by an eruption about 700 years ago. This open rift let the scientists collect tiny zircon crystals from the earlier eruption's debris, visible as outcrops of white-toned rock. Photo by Kari Cooper