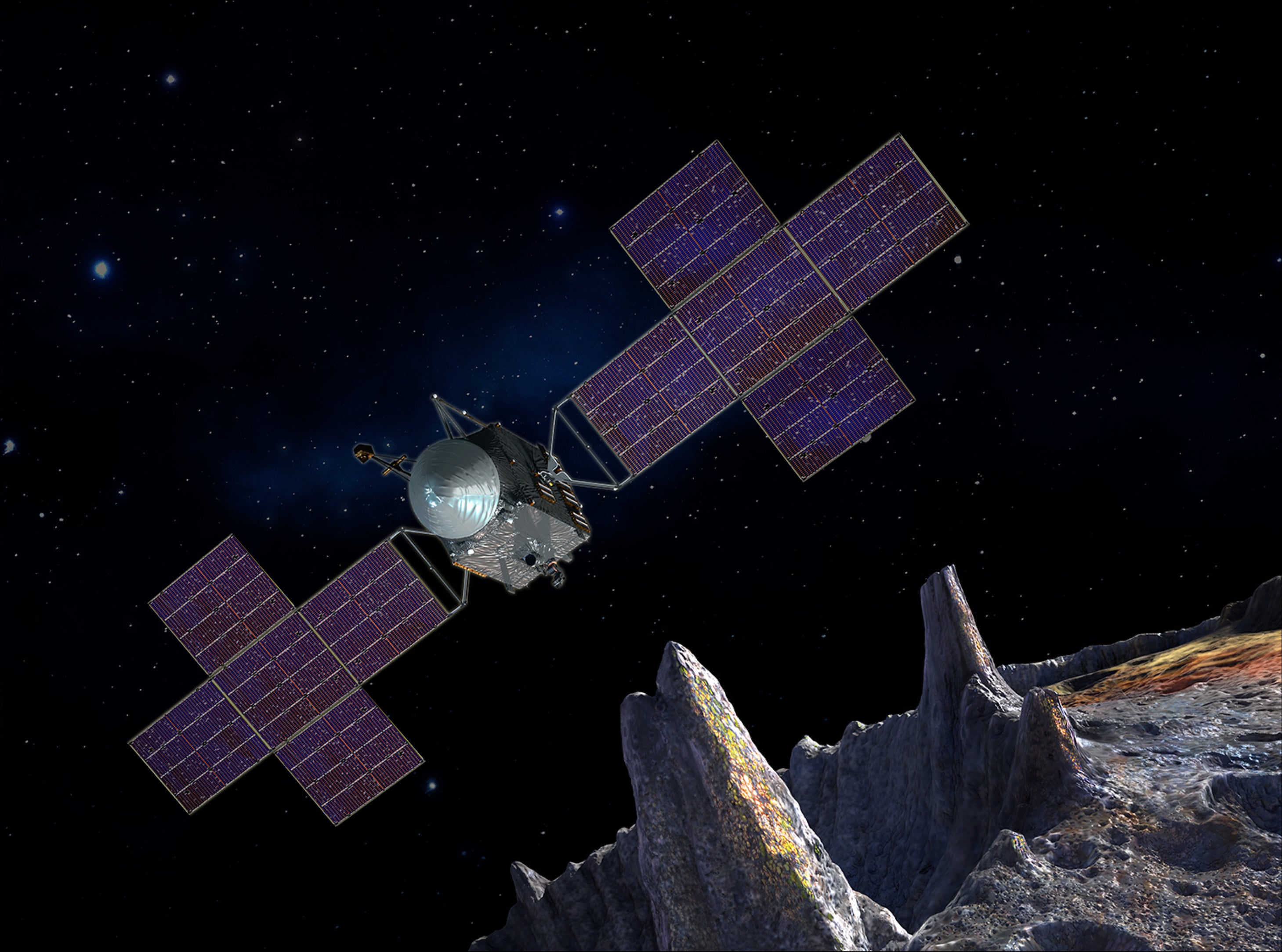 Psyche, NASA’s Discovery Mission to a unique metal asteroid, has been moved up one year with launch in the summer of 2022, and with a planned arrival at the main asteroid belt in 2026 – four years earlier than the original timeline.

“We challenged the mission design team to explore if an earlier launch date could provide a more efficient trajectory to the asteroid Psyche, and they came through in a big way,” said Jim Green, director of the Planetary Science Division at NASA Headquarters in Washington. “This will enable us to fulfill our science objectives sooner and at a reduced cost.”

The Discovery program announcement of opportunity had directed teams to propose missions for launch in either 2021 or 2023. The Lucy mission was selected for the first launch opportunity in 2021, and Psyche was to follow in 2023. Shortly after selection in January, NASA gave the direction to the Psyche team to research earlier opportunities.

"The biggest advantage is the excellent trajectory, which gets us there about twice as fast and is more cost effective," said principal investigator Lindy Elkins-Tanton of ASU’s School of Earth and Space Exploration. "We are all extremely excited that NASA was able to accommodate this earlier launch date. The world will see this amazing metal world so much sooner."

The revised trajectory is more efficient, as it eliminates the need for an Earth gravity assist, which ultimately shortens the cruise time. In addition, the new trajectory stays farther from the sun, reducing the amount of heat protection needed for the spacecraft. The trajectory will still include a Mars gravity assist in 2023.

"The change in plans is a great boost for the team and the mission," said Psyche project manager Henry Stone at NASA's Jet Propulsion Laboratory, Pasadena California. "Our mission design team did a fantastic job coming up with this ideal launch opportunity."

The Psyche spacecraft is being built by Space Systems Loral (SSL), Palo Alto, California. In order to support the new mission trajectory, SSL redesigned the solar array system from a four-panel array in a straight row on either side of the spacecraft to a more powerful five-panel x-shaped design, commonly used for missions requiring more capability. Much like a sports car, by combining a relatively small spacecraft body with a very high-power solar array design, the Psyche spacecraft will speed to its destination at a faster pace than is typical for a larger spacecraft.

"By increasing the size of the solar arrays, the spacecraft will have the power it needs to support the higher velocity requirements of the updated mission," said SSL Psyche program manager Steve Scott.

The scientific goals of the Psyche mission are to understand the building blocks of planet formation and explore first-hand a wholly new and unexplored type of world. The mission team seeks to determine whether Psyche is the core of an early planet, how old it is, whether it formed in similar ways to the Earth's core, and what its surface is like. The spacecraft's instrument payload will include magnetometers, multispectral imagers, and a gamma ray and neutron spectrometer.