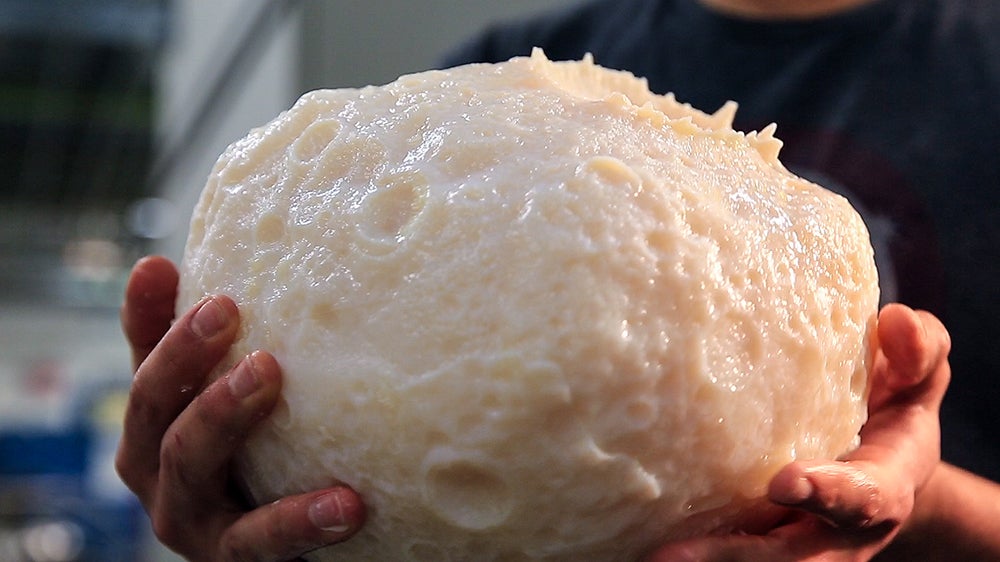 The asteroid Psyche is a new world that will be explored by a group of space scientists led by Arizona State University. The project, which received funding from NASA in January, is underway and one of the early steps in the process has been to build a model of the target asteroid. In this case, the model is 3-D print of what Psyche might look like.

The model will fill an educational role, said Lindy Elkins-Tanton, the principal investigator of the Psyche mission and the director of ASU’s School of Earth and Space Exploration.

“It is really helpful to have visuals for people to interact with when we are talking about the mission,” she said. “It will be easier to have people look at this while we try to explain what we might find when we get there.”

Getting there won’t begin until 2023, when the mission is scheduled to launch. It will take seven years for the spacecraft to reach Psyche, which is located in the outer part of the main asteroid belt roughly 280 million miles from the sun. Psyche is large for an asteroid, about 130 miles in diameter, roughly the size of Massachusetts, and is thought to be the stripped core of a failed planet. That fact makes Psyche an intriguing piece of planetary debris to inspect.

“This is the first time humans will be able to explore a planetary core,” Elkins-Tanton said. “The mission will help us gain insights into the metal interior of all rocky planets in our solar system, including Earth.”

Beyond that, little is known about the mysterious Psyche. So how did they come up with a shape for it and its surface features to be incorporated into this model?

Elkins-Tanton said the fundamental shape of the model “is based on previously obtained radar returns. Its surface features, like how the craters look, are based on scientific hypotheses, because there are no images of its surface.”

In 3D Alley, a portion of the makerspace in the Technology Center on the Polytechnic campus, engineering associate Eddie Fernandez sets up the Objet 350 3-D printer for the Psyche job.

The Objet 350 is not the largest printer there, but it’s the most accurate with a resolution of 0.004 inches.

“This is a cool project,” he said. “It’s definitely different from what I usually get to print, and it has a greater amount of detail.”

Once everything is set, he begins the process, a continuous print that will run for 86 hours and 43 minutes. It will print the asteroid and its exterior supporting material horizontally, slice by slice. The printer head will traverse the printing table 6,619 times, stopping only periodically to clean its heads, laying down a layer of print material and immediately curing it.

“It’s going to be about as big as a basketball but as heavy as a bowling ball,” Fernandez said.

Sure enough, when the print completes, it yields what basically looks like a 28-pound birthday cake.

After the print, Fernandez takes the model to a cleaning station where he removes outer support material and uses water jets to clean the intricate surface of the miniature Psyche. After that a three-hour sonic bath removes any remaining support material, yielding a pristine asteroid.

The model matches artist renditions, Elkins-Tanton said. She and artist Peter Rubin worked for a couple of years on the computer animation. Plans are to paint the model, bringing it to another level of realism.

“The look of the model is based on science, based on scientific hypotheses of what it might look like and the radar returns we have,” Elkins-Tanton said, anticipating the first close-up inspection of the real thing.

“It’s going to surprise us,” she added. “I’m pretty darn sure of that.”

A time-lapse of the 3-D printing process, which took over 4 days. Shown here in 24 seconds.