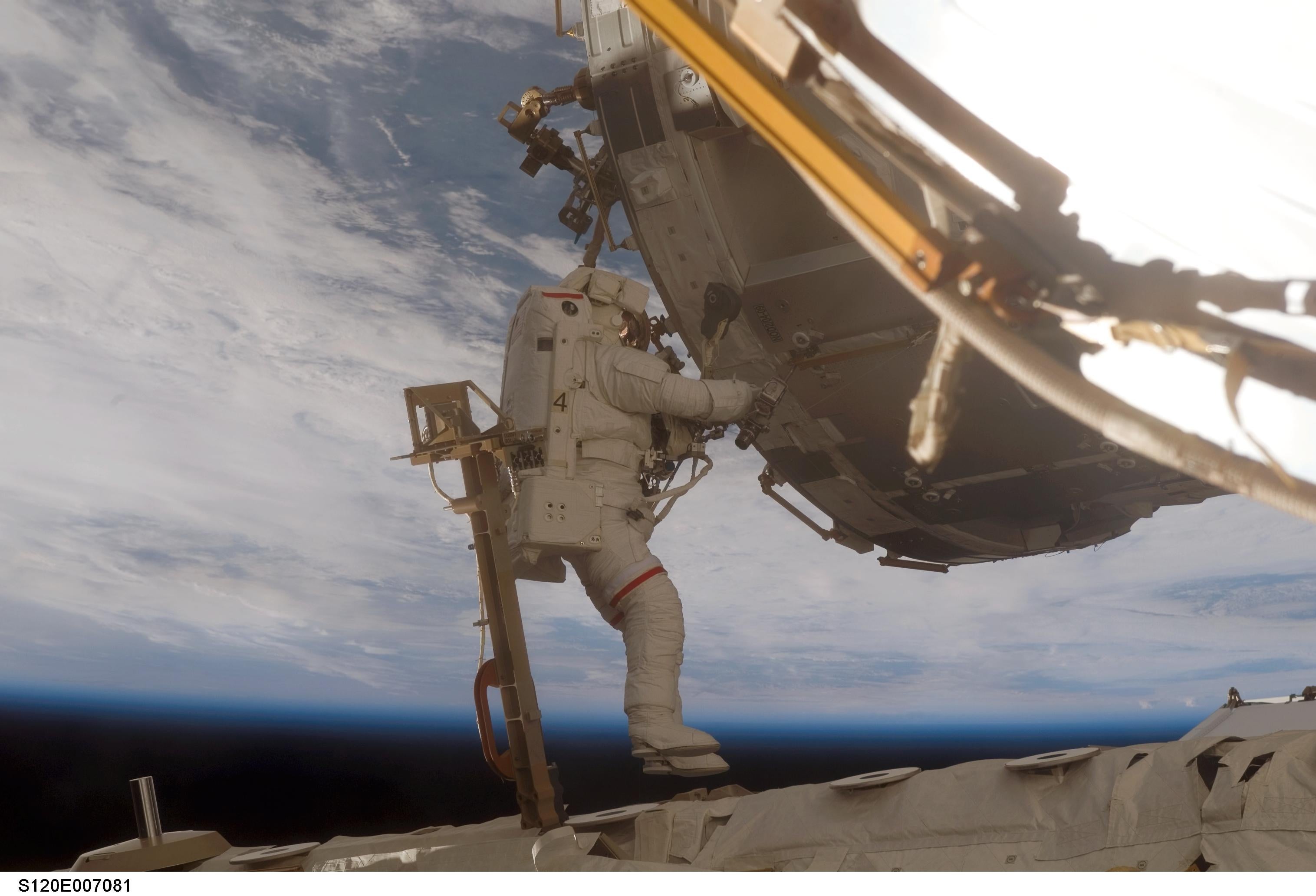 From space to sea, Parazynski has seen it all — and says there's yet more to explore

In 1968, nine sailors set off to race each other around the world single-handedly. Some quit, their boats splintered by high seas. One sunk. One — weeks from the finish — simply abandoned the race and continued sailing around the world in a mystic trance. One went insane and disappeared, his boat found deserted in the middle of the Atlantic. Another committed suicide shortly after returning home.

Some found purpose and answers.

“What it amounted to was that the thing I was still curious about was me,” one sailor wrote. “But I still did not know if I myself could stand up to the circumnavigation — and if I could find out, then I wanted to do so.”

Exploration is both an inner and outer journey.

Ask Scott Parazynski. If there’s a direction, he has headed in it.

Down, diving in the Andes into the world’s highest lake and making the first descent into Nicaragua’s Masaya Volcano. Up, as an astronaut on five space shuttle missions, including the most dangerous space walk ever carried out, and to the top of Everest, where he became the first astronaut to summit. South, to Antarctica, where he served as chief medical officer overseeing medical care of the U.S. government’s Antarctic program.

Arizona State University’s official University Explorer will lecture Thursday night on the topic of "Human Exploration: From Outer Space to Inner Space.” (Details below.) His talk comes as ASU researchers prepare for high-profile explorations that include the Psyche mission, a first-time attempt to explore a metal asteroid; LunaH-Map, which aims to find water on the moon; and OSIRIS-REx, which seeks to collect a sample from the asteroid Bennu and bring it back to Earth.

“I’m looking forward to answering whatever questions people have about crazy places I’ve been, and hopefully inspiring them to take on some personal journeys of their own,” he said.

There isn’t much Parazynski can’t do. He’s a scuba diver and mountaineer with ascents in the Alaska Range, the Cascades, the Rockies, the Alps, the Andes and the Himalayas. He’s also a commercial, instrument, multiengine and seaplane-rated pilot with more than 2,500 flight hours. He’s also a doctor with a degree from Stanford Medical School.

He recalled climbing Denali, humping up the Hilton Glacier to advanced base camp pulling a 70-pound sled load, plus another 40 in a backpack. He was cold for weeks on end, except when he was drenched in sweat and coughing up a lung. It was the most miserable he has ever been.

“My favorite quote is from a buddy of mine who would always say, ‘No true adventure is fun while it’s happening,’” he said. “Everybody has an experience or two like that. I’ve had lots of experiences like that.”

What does exploration feed in human nature?

“We don’t remember the unpleasantness of it,” Parazynski said. “When I think back on it now, my experiences on Denali, I can still only remember the positive experiences: the beautiful views, the shared experiences with my teammates. We just have an innate capacity to focus on the positive, and it makes us long to go back and challenge ourselves again. ... To periodically go challenge yourself like that I think is great for the soul.”

Parazynski teaches a course called “Exploration: The Human Imperative.” The class focuses on the history and future of exploration, but it also shows students that they can become explorers as well, by becoming creative with their passions.

The class final project is to conceptualize an expedition and plan the logistics and execution of it. Students have to come up with a budget, write a press release and generally open their minds to accomplishing what they want to do.

“A big part of our course is written and verbal communication,” Parazynski said.

Some of the ideas are immediately executable, like the photographer who wanted to explore caves. Some, like sending a submersible beneath the ice cap of one of Jupiter’s moons, would cost billions of dollars. Students who took the class last year are planning to undertake an expedition they proposed: to snowboard virgin peaks in Antarctica.

Some might argue that all the firsts have been grabbed, that Hillary, Magellan, Livingstone, Burton and Shackleton didn’t leave anything on the table. (Excepting the bizarre X Games combo things, like mountain biking across the Atlantic Ocean.) But the Age of Discovery is still going strong, Parazynski said.

“It doesn’t necessarily need to be the first time it’s been seen by any human being,” he said. “Even if it’s the first time you’re going to a city or a country you’ve never been to, that’s exploration to me. It may not result in new technology or a Nobel Prize, but it’s advancing your knowledge, opening up your horizons, meeting new people and having new experiences. I think even from my own perspective, traveling new places around the globe is my own personal exploration.

“A lot of people ask me, ‘What’s left? You’ve been to Everest, you’ve done all this sub-sea work, you’ve been to volcanoes, you’ve been to space.’ Honestly, my bucket list has never been fuller. That’s one of the themes I share in this course; with the tools that we have available to us — the improved sensors, the big data analytics, the machine learning we can apply, the big data sets from around the world — we can go back to places we’ve been 1,000 times before, and still learn and make meaningful exploration.”

Exploration, besides telling us what’s around that corner up ahead, drives innovation and technology. From the first Inuit to carve wooden snow goggles to ways to store food to sailing technologies, new ways to do things arise from necessity being the mother of invention. Inventions created for the world’s far fringes invariably creep home. If you’ve poured boiling water into a plastic bag for a freeze-dried meal, thank NASA. And the sensors that are attached to you in the hospital? An astronaut created their progenitors.

“Going to the top of Mount Everest or wintering over at South Pole Station Antarctica, that’s really at the limit of human performance unless you supplement it with technology,” Parazynski said.

“Getting back to the early days of the space race, we didn’t know how a human body would react to weightlessness in space. Would people be able to digest food? Would they go insane? Would their eyesight be adversely impacted? There were so many unknowns. What they did with limited computational power they created all these different sensors, which they then had to miniaturize under the constraints of the technology of the day. Back in those days they invented a lot of technologies we take for granted today in everyday health care.”

Modern exploration doesn’t necessarily involve physical risk or endurance. Planetary scientists explore the solar system using probes, rovers and spacecraft as extensions of their bodies. Parazynski considers any scientist pushing the limits of technology and engineering as an explorer.

“It’s a function of scale,” he said. “There are explorers looking now at nanotechnologies and nanobots that can potentially go inside the body and identify and cure disease. That’s the wildest, most cutting-edge exploration I can possible imagine. Think about it: miniaturizing a spacecraft, injecting it into someone’s veins, and then going and wiping out some disease — that’s really cool stuff. We live in a time when that’s possible.”

“Having an aperture that’s open to new ideas, being open to meeting new people, I think it is an essential part of life, to get the most of it,” he said.