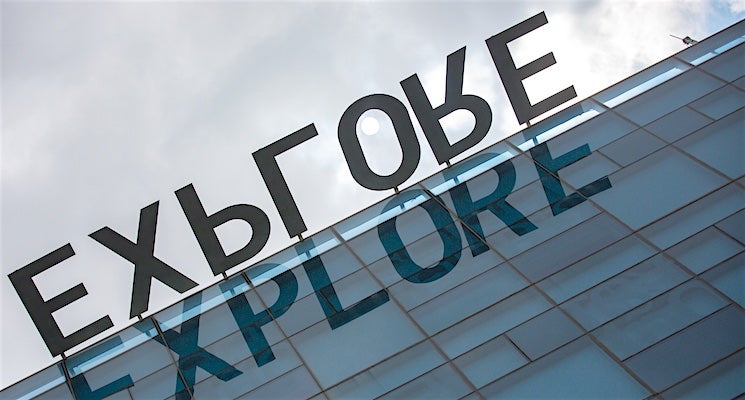 We can all rest easier knowing what keeps Carolyn Forbes up at night.

The assistant director of ASU’s Center for the Study of Religion and Conflict stays on top of how extremists are leveraging communication tools and facets of religion to further their agendas. She worries about whether we can create visual maps of extremist discourse to help figure out if there will be an attack. And she studies new ways to keep track of how Muslim communities around the world are talking about extremism.

“ASU and the Center for the Study of Religion and Conflict were perfectly positioned to address these big questions because we had the ability to bring together an interdisciplinary team of computer scientists, sociologists, historians and anthropologists,” Forbes said.

All of this is part of a series of research projects funded through the Department of Defense’s Minerva Initiative. That provided funding for ASU to create a tool called Looking Glass that aggregates information from social media platforms, organizes it and displays it as an interactive graph.

Forbes and her colleagues aren’t alone in focusing on important, potentially world-changing research. The university has landed on the National Science Foundation’s top 10 list for research expenditures in the United States for universities without a medical school, alongside the likes of the Massachusetts Institute of Technology and the University of California at Berkley. ASU also has the largest university research portfolio in the state of Arizona when medical school spending is not factored in — the first year that has been the case.

“The work that ASU’s researchers are doing is changing the world at an incredibly fast rate,” said ASU President Michael M. Crow. “From the sciences to the humanities, from NASA research and Department of Defense funding, the impact this university can make on the state, country and world will continue to increase.”

Forbes works with Hasan Davulcu, a computer scientist in the Ira A. Fulton Schools of Engineering, and Mark Woodward, an associate professor of religion studies, on a research relating to the Minerva Initiative. Today ASU is ranked fifth in the U.S. for social science research, alongside Harvard University, and fifth in the U.S. for political science research expenditures, alongside Princeton University.

Edward Kavazanjian is the director of the Center for Biomediated and Bioinspired Geotechnics, housed in the Ira A. Fulton Schools of Engineering. The center’s researchers examine natural systems that can provide answers to complicated problems engineers face around the world.

“In 3.8 billion years of trial and error — some people call this evolution — nature has come up with pretty good solutions,” Kavazanjian said. “We want to learn from nature and employ natural and biological processes, or mimic them in a biological manner, to mitigate hazards, such as earthquakes or landslides, for environmental protection and restoration.”

Kavazanjian’s center is an NSF Engineering Research Center. The NSF’s centers are located at universities across the United States, and ASU is one of only two universities in the country with two ERCs. ASU’s other ERC is the Center for Quantum Energy and Sustainable Solar Technologies, which focuses on advancing photovoltaic science, technology and education to sustainably transform electricity generation.

About 2.5 billion years ago, the level of oxygen in Earth’s atmosphere began to rise. Rising oxygen levels, combined with changes in the Earth’s interior and surface, created an environment friendly to the evolution of intelligent life. Ariel Anbar, a President’s Professor in ASU’s School of Earth and Space Exploration, is leading an interdisciplinary team of researchers who hope to find out why.

With NSF funding, Anbar and his team are working to understand why the oxygen in Earth’s atmosphere rose when it did. Answering such a complex question required assembling a team of geoscientists who focus on the mechanics and science of Earth’s interior and Earth’s surface, including Christy Till, geologist and SESE associate professor. It also required the expertise of ASU associate professor of English Mark Hannah.

“It’s important to look at language and communication broadly and the ways communication can impact a team’s research,” Hannah said. “Linguists often come into science research after the fact, after data has been collected. On this project we’ve been able to frame our research question with focused language. We’ve also been able to think about assumptions that reside in our work, and we can surface those assumptions to work around them and move forward.”

ASU is ranked fourth in the United States for expenditures related to interdisciplinary science, along with Harvard, UC-Berkeley and Johns Hopkins University.

“The ASU research enterprise’s unprecedented growth rate is a testament to the outstanding ideas put forth by our faculty in highly competitive venues and achieving success. It also reflects our commitment to supporting our world-class faculty who are engaged in solving global challenges by seamlessly working across disciplines,” said Sethuraman Panchanathan, executive vice president of Knowledge Enterprise Development and chief research and innovation officer at ASU. “Innovation and collaboration are a core value in ASU’s culture. Our goal is to continue to excel and grow as well as train future generations of researchers who approach solutions with an interdisciplinary mind-set resulting in societal impact.”

For Forbes of Looking Glass, it all adds up to a research environment unlike any other.

“This paradigm of the New American University, of thinking across disciplinary lines about the big challenges of our time, has allowed research to be done at ASU that couldn’t be done anywhere else,” Forbes said.