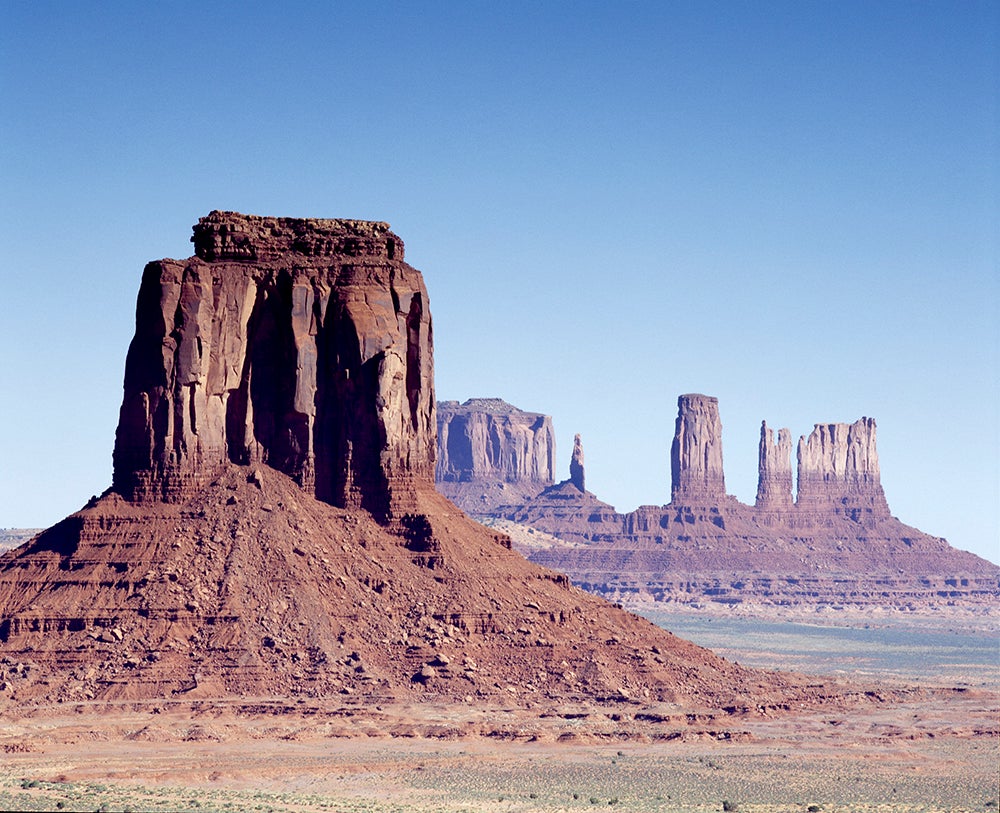 The Earth's terrain through the eyes of Native people

When people look at a landmark like a peak, they may see a few things. A mountain, first of all. Maybe some history to go with it, like a Civil War battle once being fought at its foot. Perhaps a personal aspect, like usually stopping there for a cone.

Native people see another dimension entirely. They see all those things, and more: religion, myth and beliefs, physically manifested in stone and sand.

Studying how different cultures understand their physical homelands is a new specialty called ethnogeology, which combines geology, geography and anthropology.

Arizona State University’s Steve Semken, an associate professor of geoscience education and geological sciences in the School of Earth and Space Exploration, will lecture about ethnogeology Thursday night in a talk called “Place, Culture, and Geoscience.”

Semken is the country’s leading expert on the topic. He became intrigued with the subject when he taught geology for 15 years at the Navajo tribal Dine College's branch in Shiprock, New Mexico. When he took students on geologic field trips, he noticed they had different names for places than what was on maps.

He began participatory research with the help of Navajo partners. He now studies human interactions with and knowledge of the Earth.

Asked if he could give specific examples of landmarks that feature prominently in Navajo mythos, he declined.

Navajo believe when the snow has fallen, the landmarks are asleep and they can’t be offended.

Examples that can be illustrated include the Oracle of Delphi in Greece. Eyewitnesses described priestesses inhaling vapors from a fault in the floor of their chamber. In the 1990s and early 2000s, researchers discovered the original fault in the chamber floor, and evidence that ethylene gas — a hallucinogenic hydrocarbon — was present in nearby springs.

In the Pacific, radiocarbon dating of scorched vegetation beneath lava sheets corresponds to historical dates of battles between the fire god Pele and other deities.

James Riding In is the interim director of American Indian Studies at ASU.

“In American Indian studies we have long reflected the views of Indian people that place is central to identity,” Riding In said. “I think what that shows is that in some instances Indian beliefs are impacting the way the research is being done.”

Semken said his field shows indigenous people that geology is part of them.

“I’m trying to help the students understand they’ve always had a place in this science,” said Semken, who holds a certificate in the Dine Philosophy of Education from Dine College. “Their culture has important knowledge, and they can bring that to the table and it will motivate them to study and learn.”

Admission: Free, but registration is kindly requested for planning purposes.

Details: More information, including parking, can be found at ASU Events.