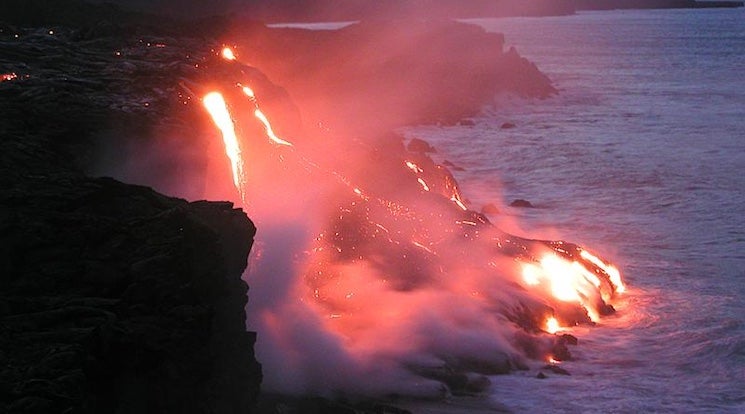 To explain why our planet is habitable, various different types of geoscientists studying Earth’s surface and its interior must work with each other and with communications scholars, say Arizona State University's Ariel Anbar, Christy Till, and Mark Hannah, in a new Comment article published in Nature, November 3.

The article reflects on the progress and challenges faced by the authors and nearly 30 other geoscientists who are part of a multi-million dollar, NSF-funded project, “Dynamics of Earth System Oxygenation”, led by Anbar.

The problem, says Anbar, is that scientists in closely related fields often find it hard to talk with each other.

"Astronomers, biologists, and geoscientists are willing to ask each other ‘dumb’ questions that expose shared and divergent understanding," he says. "But geobiologists who work with geophysicists tend to assume a shared understanding that may not exist."

As an example of flawed communication, the authors point out the difficulties faced by scientists trying to understand how Earth developed an oxygen-rich atmosphere, a key step in the evolution of complex life today. This question involves both deep-earth processes and surface ones.

Says Anbar, "Solid-Earth scientists and geobiologists share the word oxygenation, but in fact they lack a common language to describe the amount of oxygen that's available to react."

Geobiologists, he explains, are used to high atmospheric levels and they think in terms of oxygen partial pressures and molarities when dissolved in solution. This led them to develop a specialized vocabulary to describe environments with different amounts of free oxygen, such as oxic, anoxic, suboxic, and euxinic.

"On the other hand," says Till, "solid-Earth scientists use the physio-chemical term oxygen fugacity to reflect the fact that oxygen in the deep Earth is mainly locked in minerals and not in the form of an ideal gas."

To develop a more complete theory of Earth evolution, say Anbar and his co-authors, three divides need to be bridged. "First, geoscientists studying the surface history of oxygen — typically geobiologists and low-temperature geochemists — need to understand how the gas is influenced by what goes on below.

"Second, geoscientists studying Earth’s interior — geophysicists and high-temperature geochemists — must realize that such questions are also germane to some of their most vexing challenges.

"Third, geoscientists of all stripes should improve their conversations by integrating methods from communications disciplines."

Scholars who study how people share ideas can help, the team suggests. As Hannah explains, "These scholars have analytical skills and methods that can address this challenge." Tools include surveys and interviews, and visualizations to demonstrate differences in use of language and its impacts.

Because scientists are attuned mainly to their own group’s language, the Anbar team notes, each group needs to appreciate how their own concepts relate to those of others. If scientists can gain such awareness, they will work more effectively to build a better understanding of how Earth became oxygen-rich.

But the question goes much farther than just this planet, Anbar says. "A better understanding of the history of Earth’s habitability will help us search for life on worlds beyond our own."

Top image: Molten rock from Earth's interior emerges from one geochemical environment into a significantly different one, as Hawaiian volcano Kilauea spills lava into the sea. Image from U.S. Geological Survey