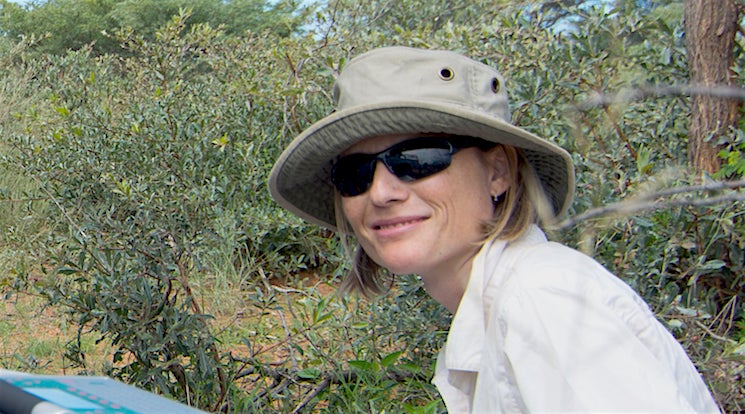 Desert and semi-desert environments cover nearly half of the world's land surface. Organisms living in these harsh environments must battle to survive extreme conditions. Are desert organisms likely to thrive under future climate change? Or, are they already pushed to extremes and particularly vulnerable to climate change? What role might deserts play in affecting climate change?

Join Heather Throop, who specializes in climate change and arid environments, to explore what we know — and are still discovering — about Earth’s driest places, including deserts in Australia and southern Africa, and our own Sonoran Desert.

The lecture begins at 7:30 p.m. on Thursday, Sept. 29 in the ISTB4 building on the Tempe campus. The event is free, however an RSVP is requested.

Throop's research is primarily based in drylands (arid and semi-arid ecosystems), which are home to a large and rapidly increasing portion of the world's human population. These systems are particularly critical in many developing nations where human livelihoods are often tightly linked to sustainable use of drylands. Prior to joining ASU, Throop was on the faculty at New Mexico State University and was a 2015 Fulbright Research/Teaching Scholar at the Namibia University of Science & Technology.

The New Discoveries Lecture Series brings exciting scientific work to the general public in a series of informative evening lectures, free and open to the public, each given by a member of the School of Earth and Space Exploration faculty once a month throughout the academic year.

Additional lectures in this Fall series will be presented Oct. 20 by Kip Hodges, founding director of the School of Earth and Space Exploration, and on Nov. 17 by Steven Semken, professor of geoscience education and geological sciences.

Lectures begin at 7:30 p.m. at the Marston Exploration Theater, located on the first floor of ASU's Interdisciplinary Science and Technology Building 4 (ISTB4) (map) on the Tempe Campus, RSVP to reserve a seat. Parking is available at the Rural Road parking structure just east of ISTB 4.