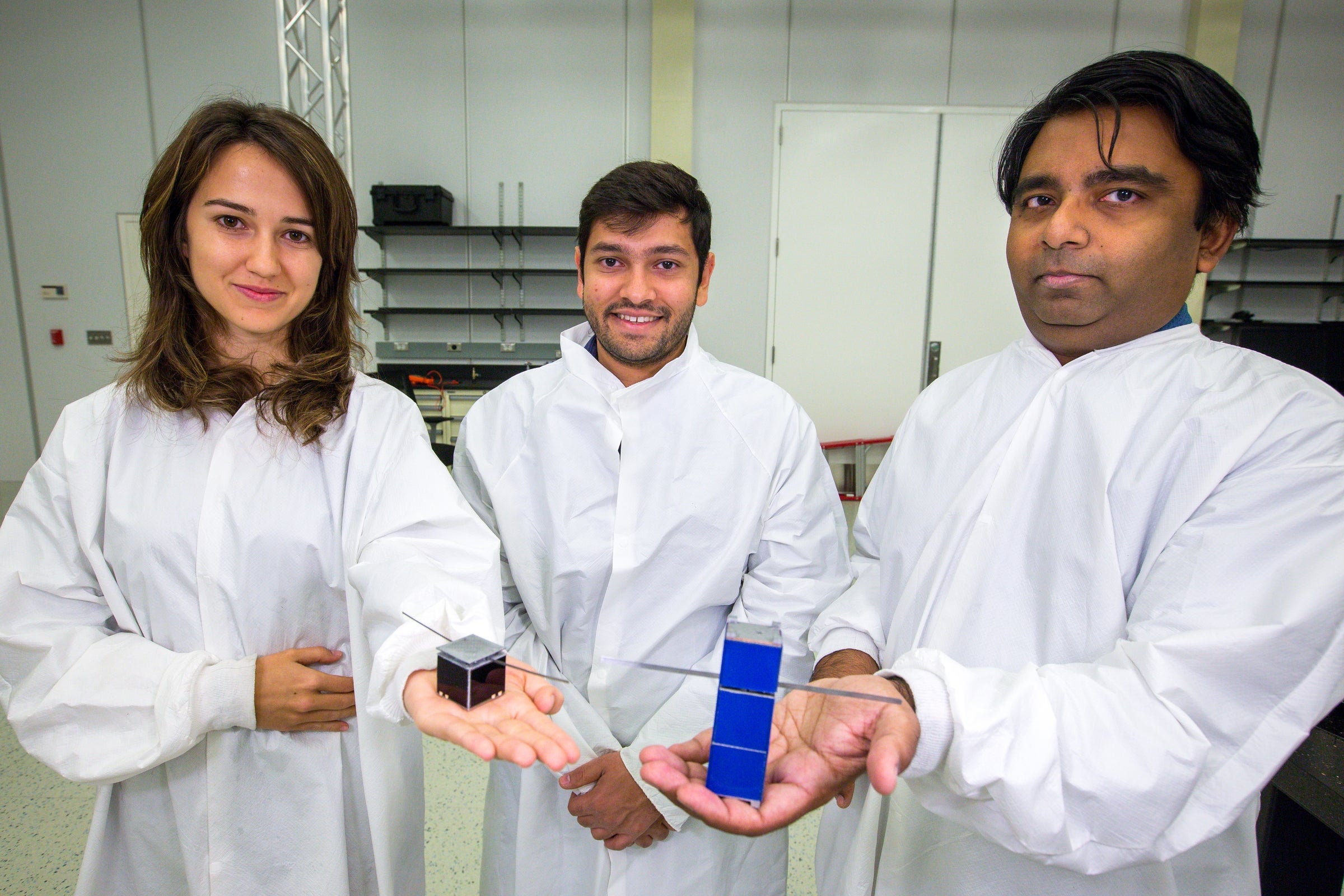 ASU’s Space and Terrestrial Robotic Exploration (SpaceTREx) SunCube FemtoSat and the SpaceTREx team, headed by Jekan Thanga, assistant professor with the School of Earth and Space Exploration, have won the Popular Mechanics 2016 Breakthrough Awards in the “Space” category.

This is the first time an ASU project has been awarded a Popular Mechanics Breakthrough Award, beating out MIT, Stanford and Princeton.

The SunCube FemtoSat is a satellite that defines a new standard for a spacecraft. It has a mass of 35 grams, it is tiny — 3 x 3 x 3 cm — and it would cost as little as $1,000 to launch to the International Space Station, or $3,000 as free flier in low Earth orbit.

The FemtoSat advances a positive vision for the future where space missions are defined not by an elite few, or the hundreds of millions or billions of dollars it costs, but by how they inspire, educate and enable greater access to space.

“Space exploration can advance rapidly once there is widespread interest, adoption and access by a large fraction of humanity, whose skills and talents are required to bring new and innovative thinking to the most pressing challenges in the field,” Thanga said.

Previous award winners in the “Space” category include the University of Arizona for the Phoenix Lander in 2008, NASA Ames LCROSS Lunar Orbiter and Impactor mission in 2010, NASA JPL’s Mars Exploration Rovers in 2011, NASA JPL’s Voyager Missions (for lifetime achievement) in 2012 and NASA Ames LADEE mission in 2014.