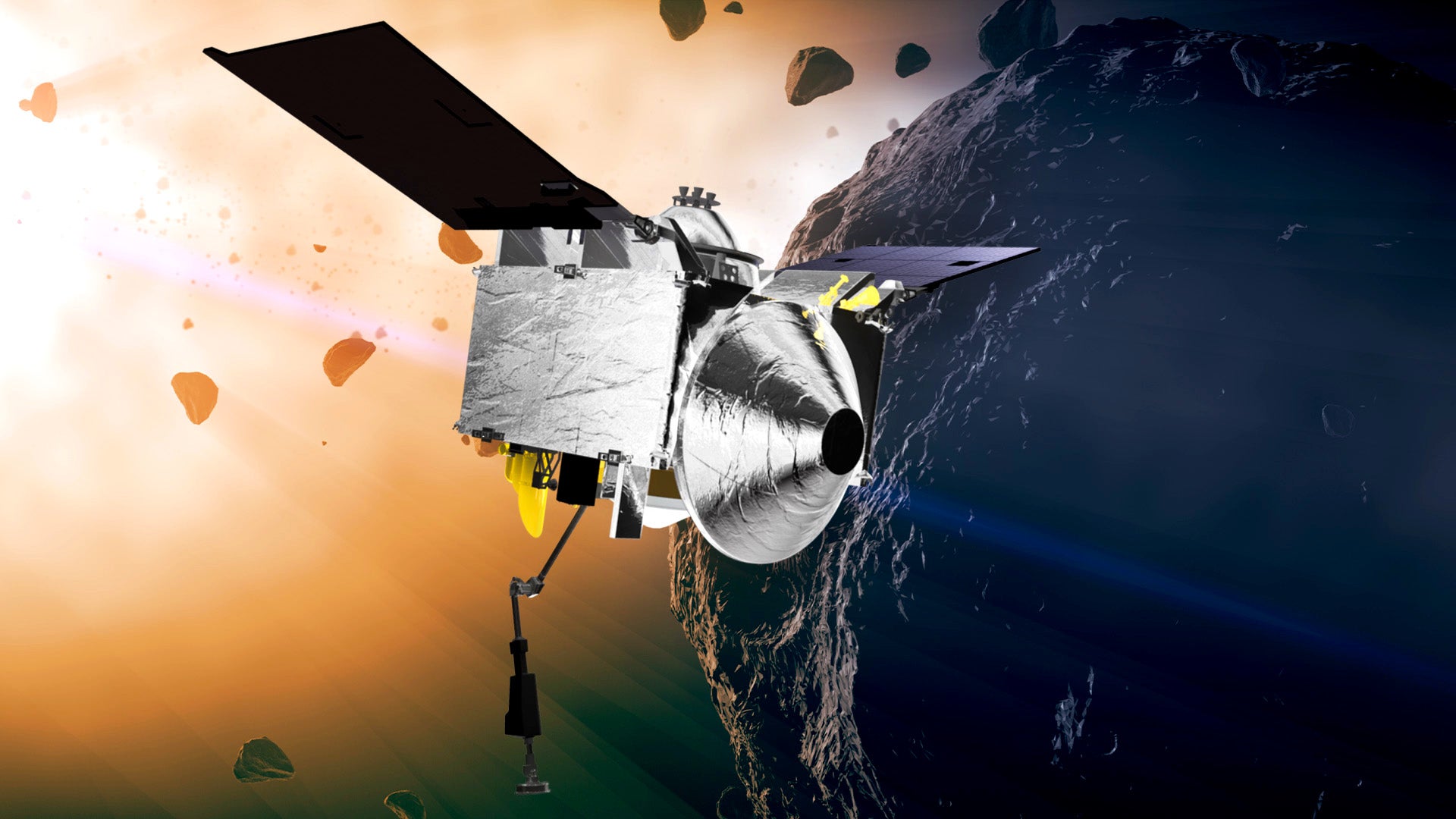 Have a blast at ASU space launch party

A space launch is a carefully choreographed dance, with thousands of players behind the scenes working to fire a rocket into the black void and send back a precious cargo of knowledge.

Next Thursday afternoon will bring a unique opportunity to witness the launch of a spacecraft carrying an instrument built entirely at Arizona State University.

The School of Earth and Space Exploration is hosting a launch viewing party in the Marston Exploration Theater with a live NASA feed from the Kennedy Space Center in Cape Canaveral, Florida. There also will be launch experts on hand and light refreshments.

Jim Bell will provide color commentary during the event. A professor in the School of Earth and Space Exploration, Bell is heavily involved in NASA solar system exploration missions like those of the Mars rovers Spirit, Opportunity and Curiosity.

“If everything is going perfectly, it’s actually pretty routine,” Bell said. “It’ll light up and go and be gone, and be otherwise uneventful, and that’d be great.”

The coastal Florida weather can be an issue, especially in hurricane season.

“People are going to be watching the weather carefully,” he said. “NASA also has to keep watch on what they call range control — boats drifting in near the launch pad and so on.”

People at the Cape readying the rocket, people at the Goddard Space Flight Center in Maryland responsible for the spacecraft, range safety personnel and meteorologists will be in constant contact as the launch nears.

“We’ll hear controllers talking back and forth,” Bell said. “It’s a wonderfully coordinated dance of all these things that have to go just right.” An engineering mock up of the OSIRIS-REx Thermal Emission Spectrometer (OTES), the first space instrument built entirely on ASU’s Tempe campus, sits near testing equipment. The mirrored spectrometer will measure thermal and spectral properties of an astroid. Photo by Charlie Leight/ASU Now

The spacecraft is the OSIRIS-REx, and the instrument is the OTES, or OSIRIS-REx thermal emission spectrometer.

Phil Christensen, director of the Mars Space Flight Facility in the School of Earth and Space Exploration and Regents' Professor of geological sciences, built the instrument with a team of 26 engineers and scientists.

On the seven-year mission, the spacecraft will travel to a pyramid-size asteroid named Bennu, study it for a year, reach out and grab 4 pounds of material from the surface, return to Earth and drop the sample capsule in the Utah desert.

It will be the first U.S. mission to carry samples from an asteroid back to Earth and the largest sample returned from space since the Apollo era. Asteroids are remnants of the original building blocks of our solar system; they can help us better understand the formation of the solar system more than 4.5 billion years ago. Scientists suspect that asteroids are a source of the water and organic molecules that may have made their way to Earth and other planetary bodies early in their histories.

“An uncontaminated asteroid sample from a known source would enable precise analyses, revolutionizing our understanding of the early solar system, and cannot be duplicated by spacecraft-based instruments or by studying meteorites,” NASA officials said in a press release.

The first two New Frontiers missions went beyond low-Earth orbit to far-reaching destinations. New Horizons flew past Pluto in 2015 and is now on its way to a more distant object beyond. Juno entered orbit around Jupiter in July 2016 and has begun science operations there.

“We’re so excited at ASU and the School of Earth and Space Exploration to witness and share the launch of the first complex spaceflight instrument to be designed and built right here on the Tempe campus,” School of Earth and Space Exploration Director Lindy Elkins-Tanton said. “And this is just the first of many upcoming spacecraft launches we expect over the next few years. We love sharing this work with students and our community, and we hope it’s an inspiration that we can develop, design and build instruments here at ASU that are capable of exploring our universe, and eventually, beyond.”

Christensen and members of his team will be at the Kennedy Space Center for the launch.

“We’re all rooting for Phil and his team and wish them the best on this exciting mission,” Bell said.

Getting there: ISTB 4 is near the intersection of Rural and Terrace Road in Tempe on the east side of campus. This seven-story structure is accessible on foot via Orange Street and McCallister Avenue. If arriving by light rail, exit at the University and Rural Road stop. Parking is available for $3 an hour inside the Rural Road parking structure just east of ISTB 4. From the parking structure, walk west and enter ISTB 4 through the glass doors on the north side of the building. Please note that a parking fee is charged upon exit. There is additional pay parking directly south of ISTB 4 available for $2 an hour. There is an automated payment registration kiosk on the parking lot's west side (the corner near the building).

Top image: Artist concept of OSIRIS-REx at asteroid Bennu, a remnant from the dawn of the solar system that may hold clues to the origins of life. Image by NASA’s Goddard Space Flight Center/Conceptual Image Lab