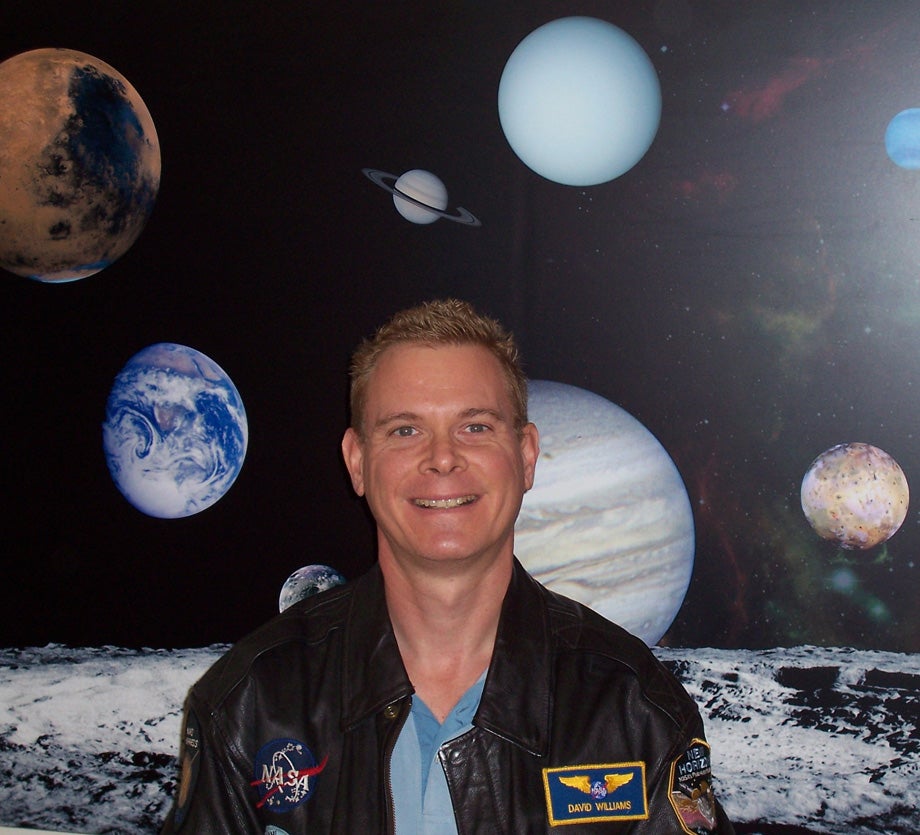 The School of Earth and Space Exploration will kick off the fall semester New Discoveries Lecture Series with "Asteroids, Ion Propulsion and NASA's Dawn Mission to Vesta and Ceres," a talk by David Williams, associate research professor and director of the Ronald Greeley Center of Planetary Studies.

The Main Asteroid Belt is home to the rocky remnants from the formation of the solar system, including the two most massive objects, protoplanet Vesta and dwarf planet Ceres. Earth-based telescopes show that these objects are very different in composition — why? The goal of NASA's Dawn Mission is to find out.

Join  Williams, a member of the Dawn Science Team, as he explores the amazing geology of these two objects and how they fit into our understanding of the Solar System.

The lecture begins at 7:30 p.m., Aug. 25 in the Interdisciplinary Science and Technology Building 4 (ISTB4) building on the Tempe campus. The event is free, however an RSVP is requested.

Williams’ research includes computer modeling of seismic wave propagation through planetary interiors, visible and near-infrared spectroscopy of the lunar surface, planetary geologic mapping of the satellites of Jupiter, the planet Mars, and the asteroid Vesta and dwarf planet Ceres. In 2014, the International Astronomical Union named asteroid 10,461 Dawilliams in his honor.

The New Discoveries Lecture Series brings exciting scientific work to the general public in a series of informative evening lectures, free and open to the public, each given by a member of the SESE faculty once a month throughout the spring.

Additional lectures in this fall series will be presented on Sept. 29 by associate professor Heather Throop, on Oct. 20 by Kip Hodges, founding director of the School of Earth and Space Exploration, and on Nov. 17 by Steven Semken, professor of geoscience education and geological sciences.

Lectures begin at 7:30 p.m. at the Marston Exploration Theater, located on the first floor of ASU's ISTB4 (map) on the Tempe campus. RSVP to reserve a seat. Parking is available at the Rural Road parking structure just east of ISTB4.