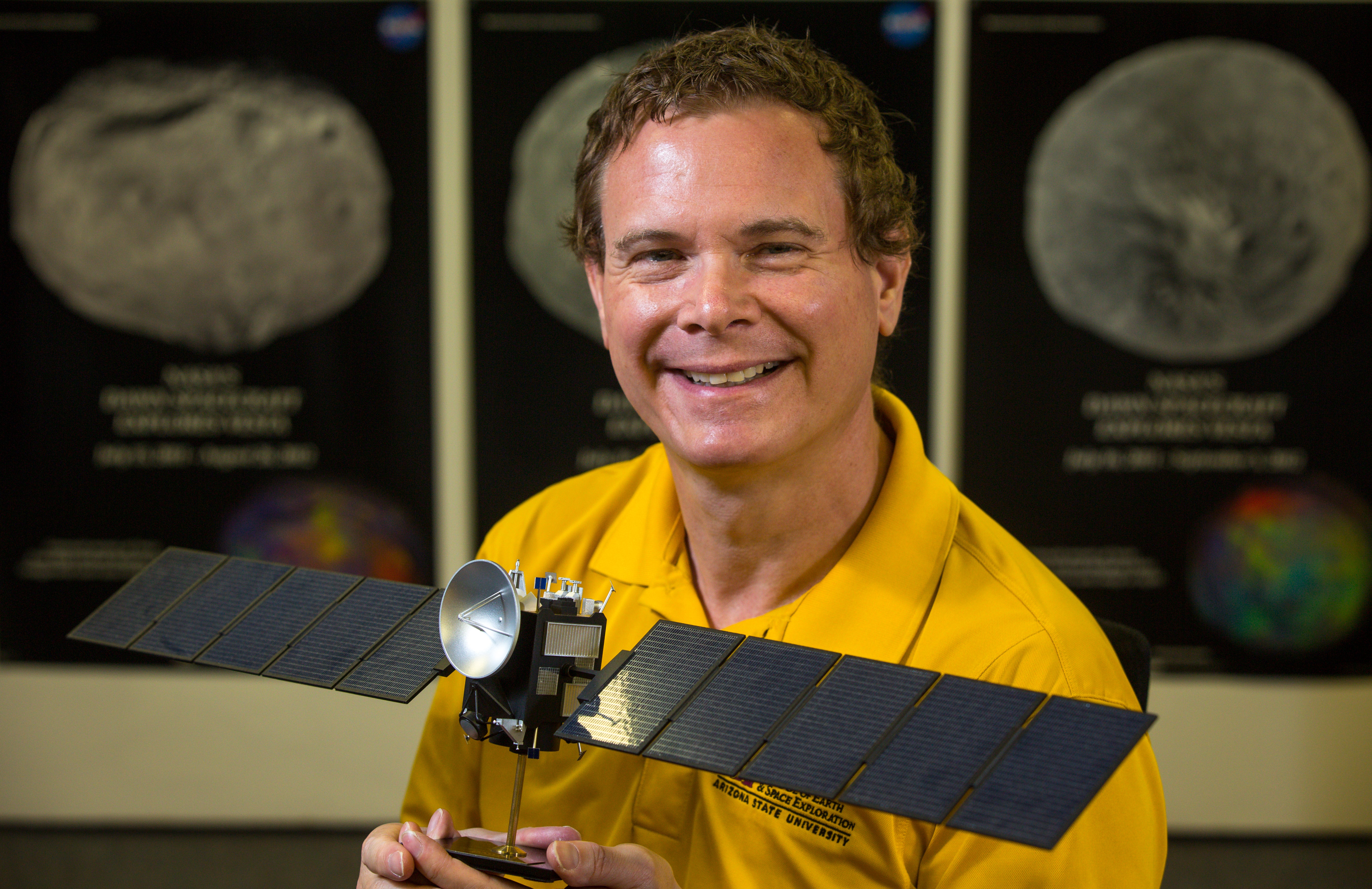 The case of the missing craters

Instead, as the spacecraft drew near to Ceres, a somewhat different picture began to emerge: Something has happened to Ceres to remove its biggest impact basins.

Now, writing in the online journal Nature Communications, a team of Dawn scientists led by Simone Marchi of the Southwest Research Institute in Boulder, Colorado, reports on their computer simulations of Ceres' history. These suggest that Ceres has experienced significant geological evolution, possibly erasing the large basins. The new finding suggests that Ceres interior structure and geological history are more complex than scientists has previously thought.

The Dawn team includes Arizona State University's David Williams, who is the director of the Ronald Greeley Center for Planetary Studies in ASU's School of Earth and Space Exploration. Wiliams oversees a team of researchers using Dawn data to map the geology of Ceres.

"When we first starting looking at Ceres images, we noticed that there weren't any really large impact basins on the surface," he said. None are larger than 177 miles across. This presents a mystery, he said, because Ceres must have been struck by large asteroids many times over its 4.5-billion-year history.

"Even Vesta, only about half of Ceres' size, has two big basins at its south pole. But at Ceres, all we saw was the Kerwan Basin, just 177 miles in diameter," Williams said. "That was a big red flag that something had happened to Ceres."

The Kerwan Basin's name was proposed by Williams, and it commemorates the Hopi Indian spirit of the sprouting corn.

Dawn lead investigator Marchi noted, "We concluded that a significant population of large craters on Ceres has been obliterated beyond recognition over geological time scales, which is likely the result of Ceres' peculiar composition and internal evolution."

Further study of Dawn’s images revealed that Ceres does have three large-scale depressions called "planitiae" that are up to 500 miles wide. These have craters within them that formed in more recent times, but the depressions could be left over from bigger impacts.

So what removed Ceres' large craters and basins?

"If Ceres were highly rocky, we'd expect impact craters of all sizes to be preserved. Remote sensing from Earth, however, told us even before Dawn arrived that the crust of Ceres holds a significant fraction of ice in some form," Williams said.

If Ceres' crust contained a large proportion of ice — especially if mixed with salts — that would weaken the crust and let the topography of a large basin relax and become smoother, perhaps even disappear.

In addition, Williams said, Ceres must have generated some internal heat from the decay of radioactive elements after it formed. This too could also have helped soften or erase large-scale topographic features.

He added, "plus we do see evidence of cryovolcanism — icy volcanism — in the bright spots found scattered over Ceres, especially in Occator Crater." Cryovolcanism behaves like the rocky kind, only at much lower temperatures, where "molten ice" — water or brine — substitutes for molten rock.

"It's possible that there are layers or pockets of briny water in the crust of Ceres," Williams said. "Under the right conditions, these could migrate to the surface and be sources for the bright spots."

For example, in Occator Crater, he pointed out, "the central bright spot is a domed feature which looks as if it has erupted or been pushed up from below."

NASA plans for Dawn to continue orbiting Ceres as the dwarf planet makes its closest approach to the Sun in April 2018. Scientists want to see if the increasing solar warmth triggers any activity or produces detectable changes in Ceres' surface.

"Ceres is revealing only slowly the answers to her many mysteries," Williams said. "Completing the geological maps over the next year, and further analysis of the compositional and gravity data, will help us understand better Ceres' geologic evolution."