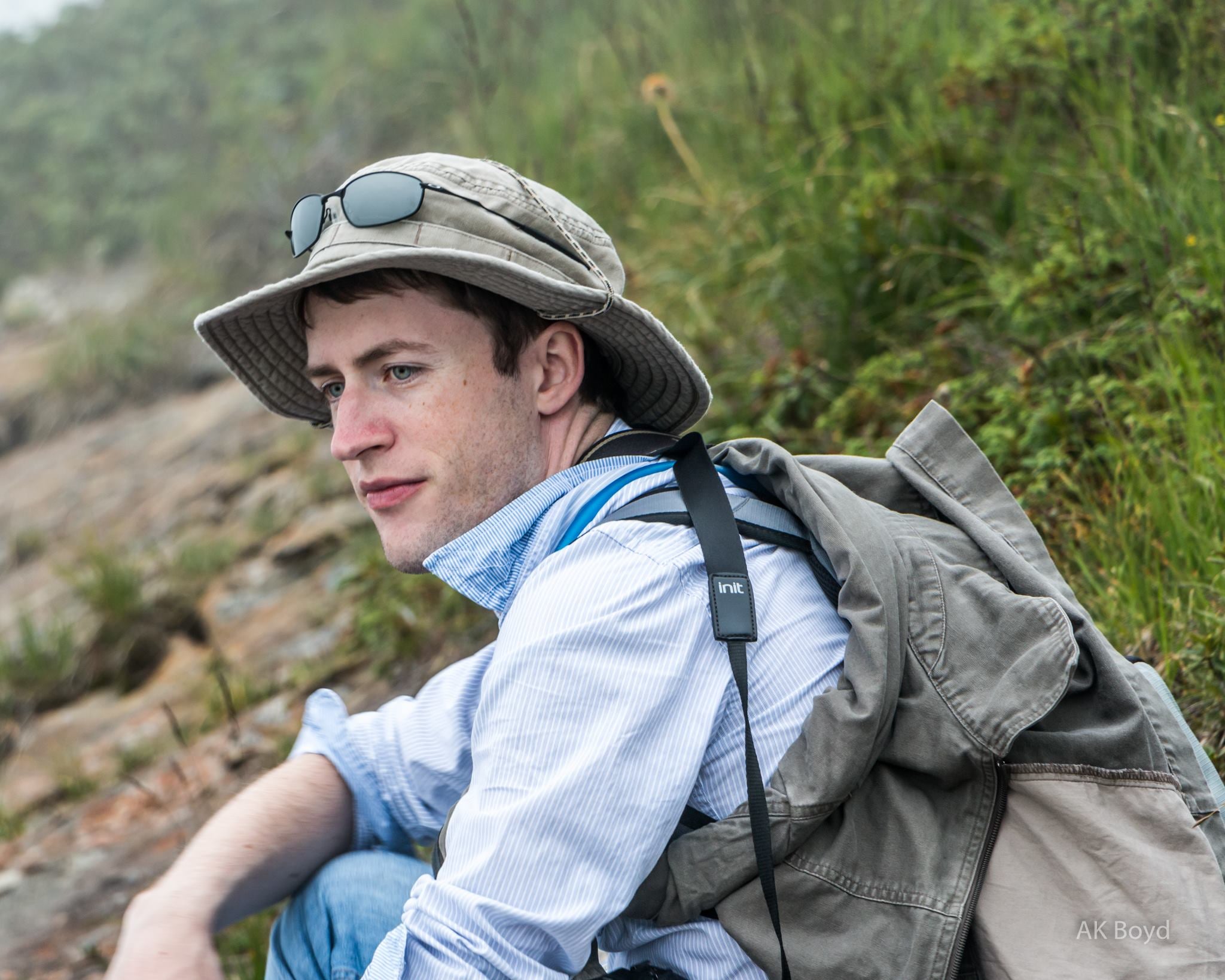 Seeing the forest through the trees

Editor's note: This is part of a series of profiles for spring 2016 commencement. See the rest here.

Nathan Williams, who will be earning his doctorate in geological sciences this spring from ASU’s School of Earth and Space Exploration, grew up in rural Massachusetts, which helped him gain a profound respect and appreciation for natural processes.

Although he was always curious about nature and geology, he didn’t seriously consider making a career of it until his last year of high school, when he had the opportunity to work on a geospatial modeling project using Google Earth.

“I was astounded to visualize our planet from above, to literally and figuratively see the forest through the trees,” says Williams. “I realized that unique aerial to orbital perspective could help me and others better understand how the land is composed.”

With that perspective, Williams became determined to make a career in research via remote sensing, to learn more about the structure of our planet and others.

“Even 10 years later, I never cease to be humbled not only by the enormous spatial scale of different landforms and processes, says Williams, “and also the incredibly long and rich history behind landscape evolution.”

Williams answered some questions about his experience at ASU.

Question: What is your hometown?

Answer: I was raised in Phillipston, Massachusetts. It's a rural town consisting mostly of forested hills and some swamps. We had a population of only 1,700 and didn't have a sidewalk, traffic light, gas station, supermarket, or post office. Growing up in a rural area helped me gain a profound respect and appreciation for natural processes.

Q: What degree will you be earning this graduation?

A: I am obtaining my Ph.D. in Geological Sciences. My dissertation is on "Breaking Ground on the Moon and Mars: Reconstructing Lunar Tectonic Evolution and Martian Central Pit Crater Formation." On the Moon, I used Lunar Reconnaissance Orbiter Camera (LROC) images to discover and document the distribution, morphology, and crosscutting relationships of tectonic landforms. For Mars, I studied kilometer-scale pits that are nested in the centers of many impact craters, using Thermal Emission Imaging System (THEMIS) images to determine the average grain size distribution.

Q: What was your “aha” moment, when you realized you wanted to study the field you majored in?

A: I don't remember a time when I wasn't curious or excited about natural and geologic processes, but for a long time I didn't really consider a career in it because it wasn't one of the cookie-cutter careers like medical doctor, construction worker, firefighter, etc.

During my last year of high school, I did some coding for a geospatial modeling project using Google Earth with a professor at my local polytechnic institute. I was astounded to visualize our planet from above, to literally and figuratively see the forest through the trees. I realized that unique aerial to orbital perspective could help me and others better understand how the land is composed.

With that perspective, I became determined to make a career in research via remote sensing to learn more about the structure of our planet and others. Even 10 years later, I never cease to be humbled not only by the enormous spatial scale of different landforms and processes, but also the incredibly long and rich history behind landscape evolution.

Q: What’s something you learned while at ASU, in the classroom or otherwise, that surprised you, that changed your perspective?

A: In the midst of doing a giant project, I found that it really helps to keep track of even very small incremental progress. No matter how small what you're doing at any particular point in time may seem in the grand scheme of grad school or life in general, it is still progress and should be celebrated.

A: ASU/SESE was my top choice for several reasons. The department hadn't been around for long, but had already grown substantially. It was immediately clear that ASU strongly supported the department, its people, and their research.

As an undergrad, I had already started studying tectonic activity on the Moon with LROC, so coming here provided me with the opportunity to work directly with the mission. My Ph.D. advisor, Jim Bell, had recently been recruited to ASU as well and was happy to help me get involved in Mars research, both using orbital data and with the Mars Exploration Rover Opportunity as a tactical Payload Downlink Lead for the Panoramic Camera.

Arizona also exhibits incredible geologic and ecologic diversity, which I yearned to explore and learn more about. And it was also quite nice to not have frigid temperatures and feet of snow in the winter anymore.

A: Graduate school requires balance. Although classwork and research are obviously essential, it's also important to still pursue some other hobbies and think outside the box of pure "work." I make time on weekends to go hiking and bird watching and explore new areas. Looking at code or hand samples is one thing, but actually seeing the geology, and world in general, around us provides inspiration to enrich our lives.

A: I'm not sure if the spot has a name, but just west of Rural Road between Terrace Road and Lemon Street (at 33.4190°E, 111.9276°W), there is a quiet spot covered in trees with crisscrossing paths, seasonally countless blooming flowers, and lots of birds. I spend most of my free time outside of the city though, particularly at the Boyce Thompson Arboretum, Tonto National Forest, and Coronado National Forest.

A: I will be continuing to study planetary geology in coordination with NASA, specifically examining structural landforms on Mars as well as helping assess landing site viability for the Mars 2020 rover mission.

A: I would use it to drive a focused effort to lobby for passing bolder federal legislation for shifting to alternate, cleaner and renewable energy sources. It is probably a high financial risk in the modern political climate, but the future rewards of mitigating climate change would be incalculable for both human lives and entire ecosystems.