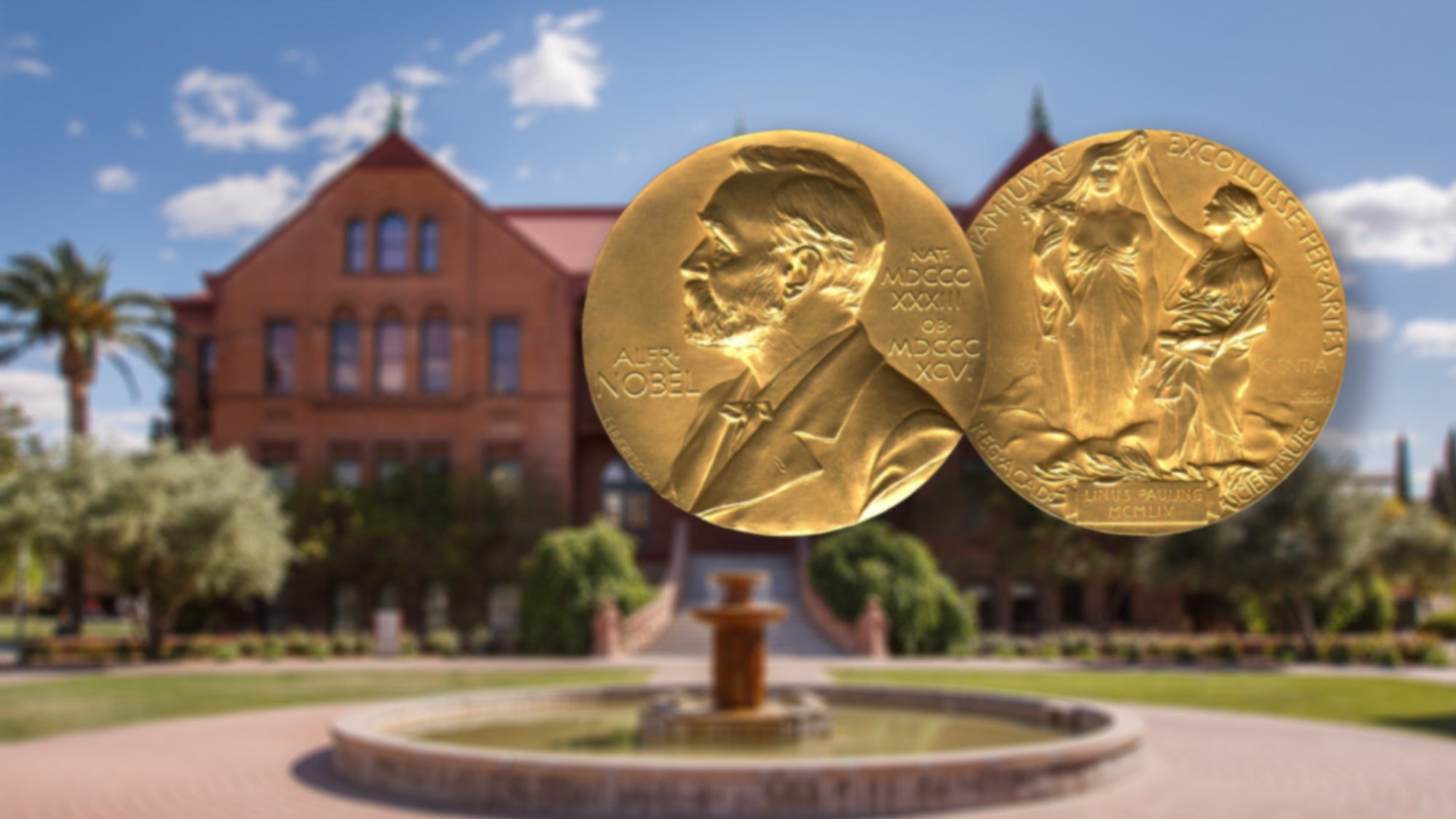 Drawing the brightest minds to ASU

Nobel laureate Edward Prescott got The Phone Call at 4 a.m., an hour typically not a harbinger of good tidings.

His house in Paradise Valley was being remodeled, and he was living in the guest suite. He had some inkling he was in the running, due to British bookies. (People in the United Kingdom bet on the Nobel Prizes.)

“I had seen the betting odds and I had thought that if I were to get it, it would be precisely for what they gave the award for,” said Prescott, who shared the 2004 Nobel Prize in Economic Sciences with Finn E. Kydland for their contributions to dynamic macroeconomics: the time consistency of economic policy and the driving forces behind business cycles.

“There’s an awful lot of people who think they deserve a Nobel Prize, and some of them do. I knew there was a chance.”

Prescott, a Regents' Professor in the W. P. Carey School of Business, won his Nobel while at Arizona State University. “I did not think a Nobel Prize would be a big deal, but it turned out to be,” he said.

With the addition this month of two more Nobel winners, the university now claims a quartet of the world’s highest academic honorees.

“Each year, more and more of the world’s brightest minds choose to advance their field of study at ASU,” Michael M. Crow, university president, said. “Our world-class reputation for innovation has created an environment where anything is possible — an attractive attribute in a research university.”

Leland Hartwell, Virginia G. Piper Chair of Personalized Medicine and chief scientist of the Center for Sustainable Health in the Biodesign Institute, won the 2001 Nobel Prize in Physiology or Medicine for his discoveries of a specific class of genes that control the cell cycle.

Sidney Altman shared the Nobel Prize in Chemistry in 1989 with Thomas R. Cech for their discoveries, independent of each other, that ribonucleic acid actively aids chemical reactions in cells. Altman will join the School of Life Sciences as a professor.

Frank Wilczek, a theoretical physicist and mathematician, shared the 2004 Nobel Prize in Physics with David Gross and H. David Politzer for their discovery of asymptotic freedom in the theory of the strong interaction. Wilczek will join the Department of Physics.

Nobel laureates can go anywhere they want, but they chose ASU.

Lawrence Krauss, theoretical physicist and cosmologist, was instrumental in bringing the two newest laureates here. He explained the benefit to a university of having them on campus.

“Having Nobel laureates on the faculty demonstrates that ASU is a major research institution, but more than that, it offers an environment for research and education that cannot be found at traditional famous institutions like MIT and Yale,” Krauss said.

“We can offer them flexibility, and support for their work that they cannot find elsewhere, as well as stimulation, both through the access to a broad set of faculty, and students who greatly value their presence, and also through the regular stream of visitors that we can bring here, through Origins and other programs. ... It also demonstrates to the people of Arizona, and the Legislature, that ASU can be a cherished jewel that attracts the best and brightest to the state.”

Prescott has often said he enjoys challenges, and he said he has found them in the classroom at ASU.

“Teaching is so important,” he said. “You need students as much as you need faculty. I call them junior colleagues. ... The ones I run into in the honors course I teach, they’re exceptional. I think they’re smarter than the Harvard faculty, and the Harvard faculty is pretty smart. It’s real work dealing with them because they don’t have preconceived notions of things, so they come up with really good questions the profession should have been asking itself. I bring (those questions) to the attention of the profession.”

Krauss said students having the access to learn from Nobel laureates is an enormous benefit.

“While of course prizes are arbitrary to some extent, these individuals have made major contributions to human knowledge, and it is important that our students know that they can have direct access to minds like theirs, and other great faculty at the university, as they continue their studies here,” he said.

Prescott said he has found a culture of collaboration at ASU.

“We’re making such progress in the economics area, building a culture of intellectual ambition, not sort of how many papers you publish, which are a bad measure of output, but rather what you can contribute,” he said. “Start out with a good question: I encourage that, no matter what it’s in. ... I guess I’m more of a team player — I like working with groups and interacting and having a group do well. I like doing what I can for the group. Loyalty is so important.”

He has also been challenged intellectually.

When someone takes time to criticize your work, that’s a compliment,” he said.

Exposing internationally recognized scientists to ASU faculty and students and the university’s transdisciplinary culture via the Origins project was the first step in inviting them to join the faculty, Krauss said.

“We felt that while these people would not be on the ASU faculty, we could benefit from their wisdom and experience, and they could benefit from the environment here,” he said. “I had hoped that a number of these individuals would be as impressed with the entrepreneurial attitude that brought me to ASU and might want to establish a longer-term relationship with ASU. I am delighted that Sid Altman and Frank Wilczek have both been sufficiently impressed with their experiences here, through their positions as visiting Origins Professors, to decide to join the faculty at ASU. It helps validate much of what we have been trying to do.”