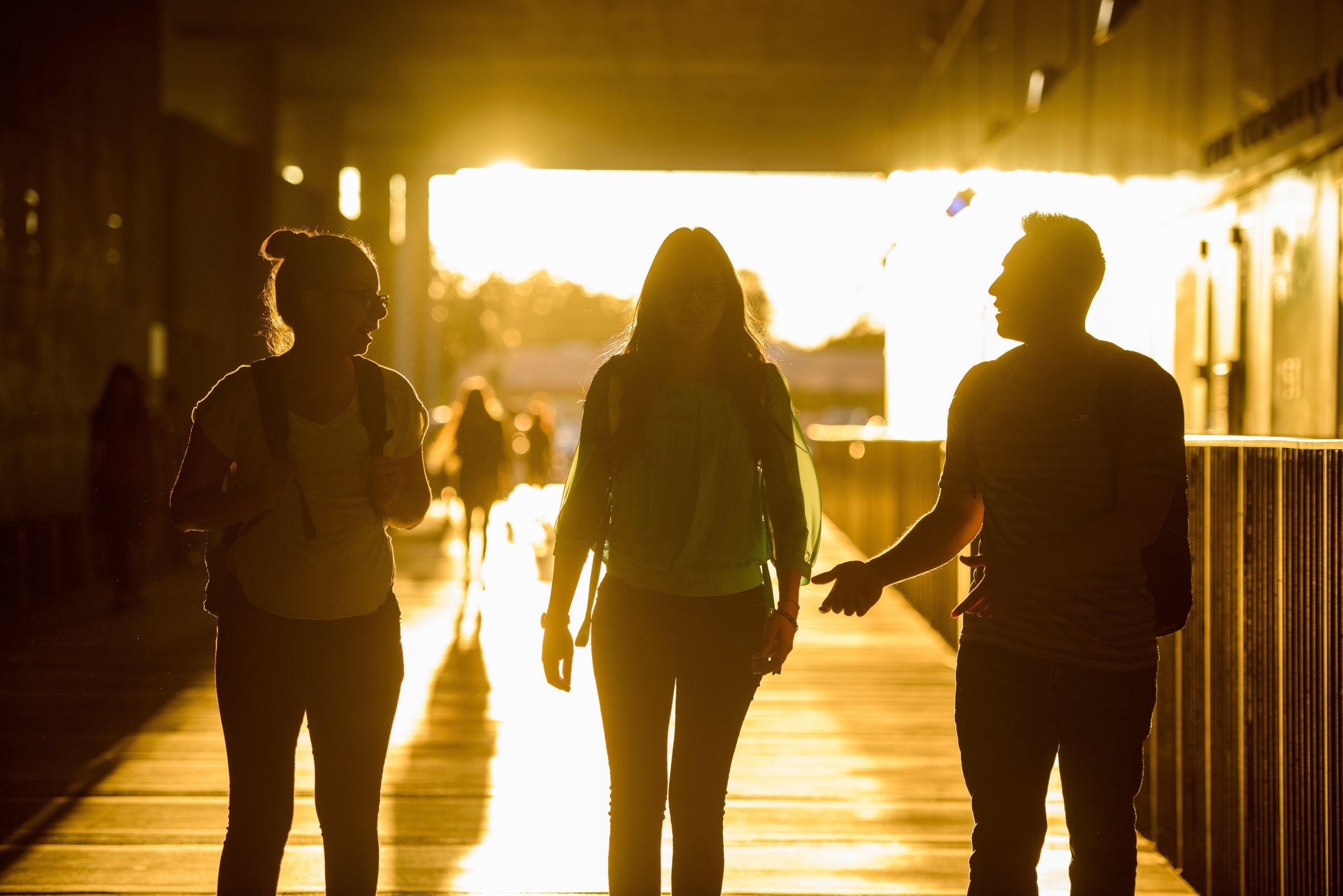 Top of their class

Arizona State University has no shortage of high-achieving Sun Devils making their mark on the world — and being recognized for it.

During the past academic year the university placed in the top 5 research universities nationwide for Fulbright scholarships to students and led the state in Flinn Scholars — in addition to boasting recipients of the prestigious Goldwater and Schwarzman awards.

Learn a little more about the great things these students are achieving. Claire Cambron wanted a way to open her mind and her heart before she learns to heal.

Cambron, who is from Phoenix, won a Fulbright scholarship and just returned from spending eight months as an English teaching assistant at Jeungan Elementary School in Cheongiu, South Korea.

“I didn't get the chance to study abroad in college and I really wanted to travel before medical school,” said Cambron, who earned her undergraduate degree last year in biochemistry and genetics from the School of Life Sciences, in ASU's College of Liberal Arts and Sciences.

“I felt that by traveling, I could learn more about a different culture, which would help me be a more open-minded and receptive doctor and person. I also was looking for an opportunity that would push me out of my comfort zone and challenge me.” And the best way to make the passion of his life become his career was to spend time in the hub of classical guitar, which is Seville, Spain.

Williams was awarded a Fulbright grant and is now pursuing his master’s degree in Spanish classical and flamenco guitar from the School of Music in the Herberger Institute for Design and the Arts.

“I've always felt that to reach the next level as a musician, I need to live abroad and connect with the classical guitar's roots, which are in Spain,” said Williams, who is originally from Ashland, Oregon.

“Much of this music is passed on orally and in person, so it's very hard to learn these things outside of Spain.”

Jenna Smith, South Korea
classics and philosophy, with a minor in symbolic systems, College of Liberal Arts and Sciences

Lin Wang, Taiwan
chemistry and dance, Herberger Institute for Design and the Arts and School of Mathematical and Statistical Sciences

Six Barrett, the Honors College students were chosen for the Fulbright Summer Institute this year. The institute is a program of the U.S.-U.K. Fulbright Commission, the only bilateral, transatlantic scholarship program offering awards and summer programs for study or research in any field, at any accredited U.S. or U.K. university. Each year, approximately 60 U.S. and U.K. undergraduate students are selected for the program. Maggie Zheng performed her first surgical procedure when she was just a preschooler.

Granted, it was on one of her stuffed animals.

But in hindsight it was a relevant precursor to where she finds herself today: one of an elite group of winners of this year’s Flinn Scholarship, who will be attending Arizona State University in the fall.

Zheng, who will study biomedical sciences in the College of Liberal Arts and Sciences, has loved the idea of being a doctor since she was child watching medical shows on public television.

“I just always found it really fascinating, so I want to become a surgeon,” said Zheng.

Aidan McGirr is going to study astrophysics in the School of Earth and Space Exploration. He attends Anthem Preparatory Academy.

Martín Blair is coming to ASU from the Phoenix Union Bioscience High School. He’ll study mechanical engineering in the Ira A. Fulton Schools of Engineering.

Rohini Nott, at BASIS Chandler, will major in biology and society in the School of Life Sciences.

Cameron Carver of Sabino High School in Tucson will be a mechanical engineering student in the Fulton Schools.

Anagha Deshpande, from Hamilton High School in Chandler, will study genetics, cell and developmental biology as a biological sciences major in the School of Life Sciences.

Andrew Roberts will study electrical engineering in the Fulton Schools. He studied at Westwood High School.

Yisha Ng wants to be an aerospace engineer. The Flagstaff High School student will study in the Fulton Schools.

Enrique Favaro, from the Tempe Preparatory Academy, is going into accountancy at the W. P. Carey School of Business.

Vaibu Mohan, focused on the STEM subjects at BASIS Scottsdale, will immerse herself in performance and musical theater in the Herberger Institute for Design and the Arts.

Three students from ASU were named Goldwater Scholars, a prestigious national scholarship awarded to students across the nation who are doing research in science, technology, engineering and math fields.

Barrett Anderies, Christopher Balzer and Kaleigh Johnson, all juniors at Barrett, the Honors College, were awarded this scholarship out of only four chosen from the state of Arizona.

Each university can nominate only four students per year, and fewer students overall were awarded scholarships than in many years prior.

“The academic atmosphere of living and working at Barrett, the Honors College, elevated my performance in my classes and led me to get involved in research in the first few weeks of my freshman year,” said Balzer, a chemical engineering major. “Having other researchers pouring time and experience into my life gives me insight that I wouldn’t have otherwise.”

“My involvement in this engineering academic program led me to explore sustainability from many different angles, including entrepreneurship, community service, interdisciplinary course work, global studies and research,” said Johnson, a chemical engineering major.

Anderies, a double major in biomedical engineering and mathematics, offered a similar sentiment, reflecting on the breadth of options for undergraduate research that allows students to experiment and tailor their academic experience.

“I had access to a huge number of research opportunities in both mathematics and engineering. These opportunities allowed me to extensively explore and develop my interests,” he said. “I am especially appreciative of the numerous funding opportunities available to undergraduates interested in conducting research.” Jessica Hocken is fascinated with Chinese culture. Since middle school, she has wanted to visit China and explore the country.

“I’ve always wanted to explore and experience everything China has to offer," Hocken said.

This fall, she will have the opportunity to go to China as a Schwarzman Scholar. Hocken will be a part of the inaugural class of scholars, a group of 111 students who will study at Tsinghua University for a year to earn a master's degree and broaden their understanding about China.

The scholarship, which accepted less than 4 percent of all applicants, fits well with Hocken’s entrepreneurial spirit. Last fall, ASU's Walter Cronkite School of Journalism and Mass Communication won an Alfred I. duPont-Columbia Award, which has recognized the very best in broadcast journalism for more than 70 years.

Cronkite News, the school's student-produced news division of Arizona PBS, received the honor for “Hooked: Tracking Heroin’s Hold on Arizona,” a 30-minute documentary produced in association with the Arizona Broadcasters Association (ABA), which reached more than 1 million Arizonans. The report, the final product of more than 70 dedicated student journalists and which aired on all 33 broadcast television stations and 93 radio stations in Arizona in January, examined the rise of heroin use and its impact on the state.