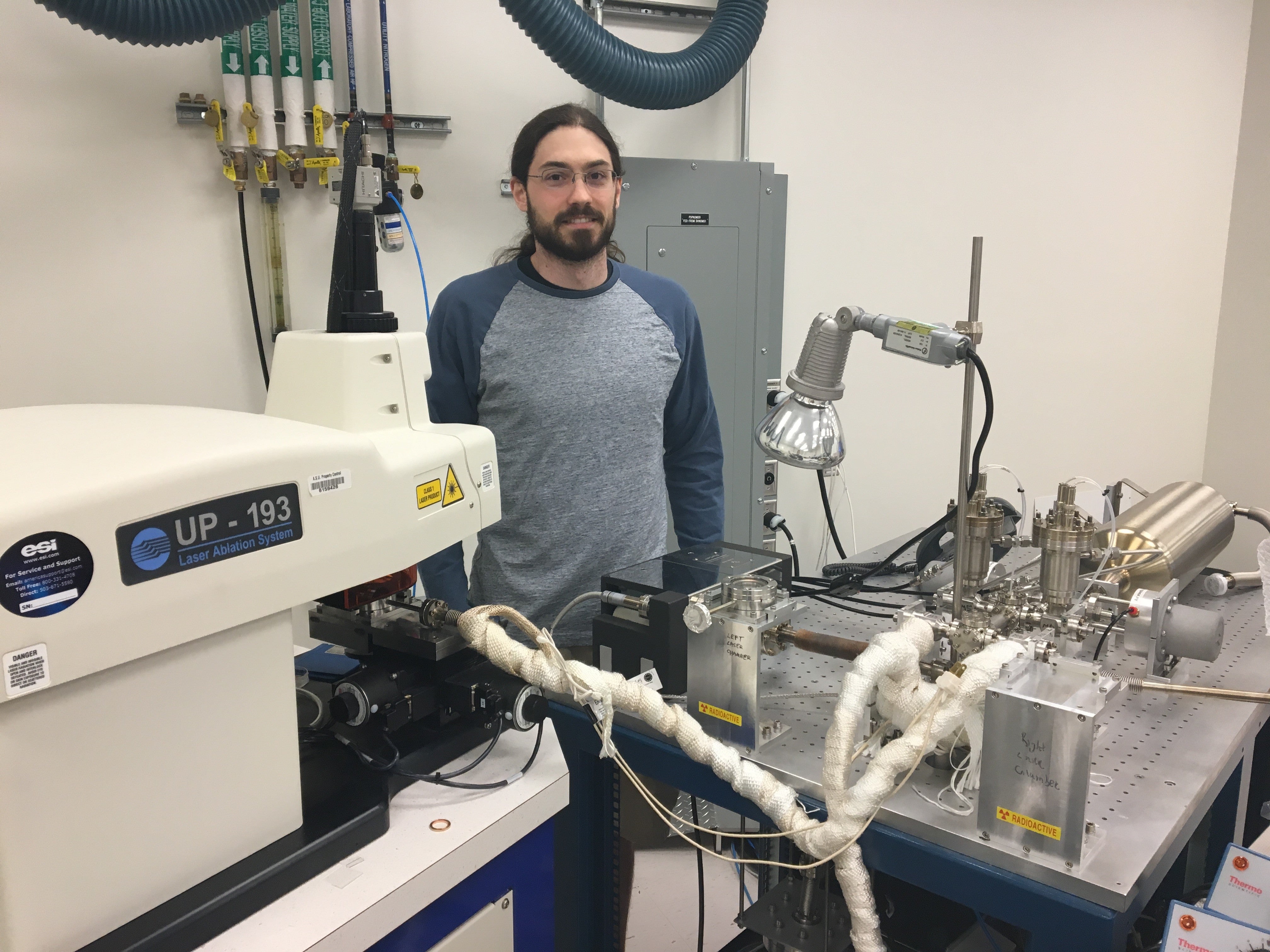 ASU graduate student Cameron Mercer, of the School of Earth and Space Exploration, has won the 2016 Dwornik Award for the best poster presentation by a graduate student at the 2016 Lunar and Planetary Science Conference in Houston. The award is managed and judged by Planetary Geology Division of the Geological Society of America.

The title of Mercer’s award-winning poster, “Exploring non-uniform 40Ar* loss in Apollo 16 impact melt breccias using a laser microprobe,” focuses on improving our understanding of the impact record of the Moon.

In particular, Mercer studies the timing of impact events on the Moon by using a laser microprobe to date Apollo samples.

“It’s great to see all of Cameron’s hard work recognized with this prestigious award,” says Kip Hodges of the School of Earth and Space Exploration. “His research on the Apollo 16 and 17 sample archives are laying the groundwork for a new era of noble gas geochronologic studies of extraterrestrial materials.”

“The results thus far have been impressive, in no small part due to Cameron’s dedication to, and enthusiasm for, pushing the limits of the 40Ar/39Ar technique.”

Mercer will be presented with the award at the upcoming Lunar and Planetary Science Conference in March of 2017.

This is Mercer’s second Dwornik Award, having also received this award as an undergraduate in in 2010 for his research on multispectral images from the PanCam instrument onboard the Mars rover Opportunity, during his internship at NASA’s Marshall Space Flight Center.

The Dwornik Award was started in 1991 with a generous endowment by Dr. Stephen E. Dwornik, who wishes to encourage U.S. students to become involved with NASA and planetary science. This year’s award was presented in March at the Lunar and Planetary Science Conference, the pre-eminent scientific meeting each year for planetary scientists worldwide.

Top image: Cameron Mercer with the laser microprobe, gas extraction line, and mass spectrometer he used for his research. Photo by Michelle Aigner/ASU